In a quiet, tucked away meeting room on the University of Colorado Boulder campus sit a group of people—calm and comfortable despite the snow falling in thick flakes outside—with their arms draped across their bodies. Two fingers from each hand press lightly on a spot right beneath their collarbones and on the upper corner of their shoulder muscle.

The participants’ eyes are closed, their breathing deep. Some lean back in their chairs, others lean forward on the table, as they search for their own pulse of life. The goal for each spot—called the Heart Meridian points by the ITEAplus program—is to sync them together.

Before the training session is finished, the participants press their fingers against their tailbone, the sides of their arms near the elbow, their forehead or tip of their nose, the crown of their head, the hollow of their throat and the center of the breastbone. All to improve energy, respiration and digestion levels, and, ultimately, their own stress resiliency.

“The ITEAplus program is about making a person more resilient and plastic in their everyday life,” comments Theresa D. Hernández, creator of the acupressure-based program and the associate dean of research for the College of Arts and Sciences at CU Boulder.

Similar in some ways to acupuncture, acupressure utilizes specific spots on the body to invigorate the body’s wellness. It differs, however, in that it is self-administrable, the vehicle for relief are finger tips instead of needles, and has been shown to help provide relief for Hernández’s main research focus: traumatic brain injury, or concussions.

Over the past three decades, traumatic brain injuries have gone from a “silent epidemic” to one of increasing recognition, with the Centers for Disease Control and Prevention estimating that rates of traumatic brain injury-related emergency department visits increased by 47 percent between 2007 and 2013. That increased awareness has led to more funding for research and education, but treatment options of the complex injury still lag.

The non-traditional treatments often sought out by the injured, though, all seem to have one thing in common: stress reduction, which mindfulness-practices like acupressure and ITEAplus have been shown to accomplish.

“After a brain injury or concussion, we know in both humans and in animal models that a stressor can exacerbate an ongoing deficit or reinstate a deficit that was previously recovered from, which can be quite challenging for an individual. For example, a student who’s had a concussion does fine during the semester because they’ve had good recovery, but as soon as midterms or finals come along, that stress then reinstates something that they were struggling with months and months ago,” explains Hernández, who is also a professor in the Department of Psychology and Neuroscience and a senior investigator and research psychologist for the Veteran Affairs’ Eastern Colorado Healthcare System.

“And so, our hope is that ITEAplus, as a web-based platform, will be accessible enough and sufficiently intriguing enough for the students to want to utilize it to help minimize the adverse impacts of stress in their lives.”

The Individualized Training and Education in Acupressure (or ITEAplus) program’s roots stem from over a decade ago when the CAIRR (Clinical Assessment of Injury, Recovery and Resilience) Neuroscience Laboratory—run by Hernández at CU Boulder—began to research the efficacy of acupressure as a possible treatment for stroke and concussion.

The thought at that time was that, because those with brain injuries are especially vulnerable to the negative impacts of stress, what if a treatment was something as simple as just reducing said stress through a complementary health approach? After all, an injured brain is an incredibly complicated system, but so is the body’s reaction to holistic treatment.

However, at that time, acupressure in particular was drawing criticism from the medical community for its perceived lack of legitimacy. The practice draws its roots from Chinese and Japanese traditional healing arts that work to clear blockages and bring the body’s energy system back to balance. And, while some scientific studies showed benefits for pain and symptom management, other studies emerged that suggested that acupressure had a significant likelihood of bias that people felt and found what they want to feel (or from a placebo effect).

Hernández and her colleagues, though, researched further and instead found that when using a methodologically rigorous design—including placebo-controlled, randomized, blinded trials—acupressure not only reduces the adverse effects of stress, but also can have a positive impact on the individual after an acquired brain injury.

Using this as an evidence-based foundation, Hernández and her lab decided to create a free stress management and acupressure training resource—what would become ITEAplus—that is available to not only those with a concussion, but anyone who is dealing with ongoing stressors, such as faculty, students and staff, and are interested in developing coping skills.

They proposed the idea of developing a website that contained educational materials, acupressure examples and videos that could be accessed anywhere and by anyone, to the Bacon Family Foundation. The foundation, which is interested in improving mental health, was interested and the website got its start.

Since the website’s launch last fall, it has been lauded as easy to use and incorporated by a variety of organizations as a training tool, including the Marcus Institute for Brain Health at CU Denver (which works with athletes and veterans), the concussion team at Wardenburg Health Center at CU Boulder and the Be Heard campaign for staff of the College of Arts and Sciences.

“People love the feel of it,” comments Hernández. “We’ve had very positive comments.”

While the ITEAplus website is still in its infancy, there are plans for its future. Hernández and her team are working on not only expanding its reach for those experiencing stress or the effects of a concussion, but also fine-tuning the website’s analytics to help improve user experiences.

“My goal has always been that research would lead to discovery that then made a difference in people’s lives,” says Hernández. “One of the best outcomes of research is to then have dissemination and implementation of the findings, and that’s why we’re so grateful to the Bacon Family Foundation for making this possible.” 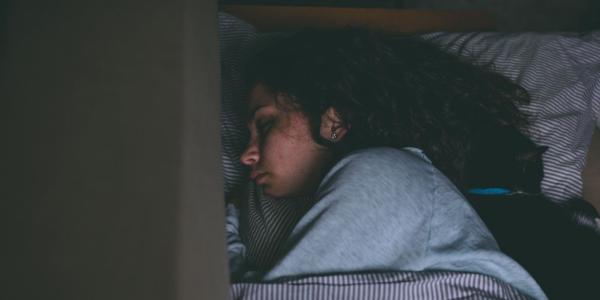 Chronic pain and sleep might be even more connected than previously thought, according to new research END_OF_DOCUMENT_TOKEN_TO_BE_REPLACED 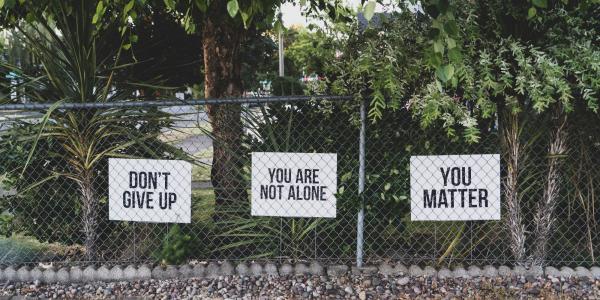 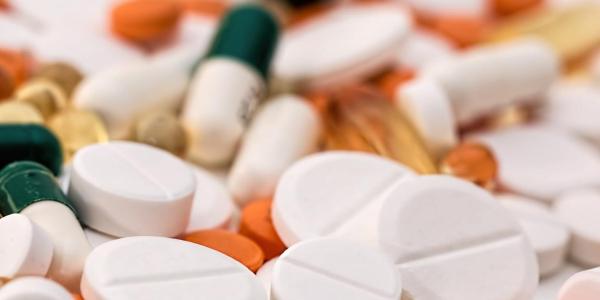 Giving opioids to animals to quell pain after surgery prolongs pain for more than three weeks and primes specialized immune cells in the spinal cord to be more reactive to pain, according to a new study by CU Boulder. END_OF_DOCUMENT_TOKEN_TO_BE_REPLACED
Tags:
Return to the top of the page