'People are pushing back against censorship on social and environmental issues, and artists are tapping into this and coming out with brilliant new work,' CU Boulder art historian says

This spring, four acclaimed video artists from Vietnam and Cambodia are traveling to the University of Colorado Boulder to take part in an immersive art program—in the hopes of taking a cross-disciplinary look at environmental issues.

The program, “Urgent Elements: Eco-video from Southeast Asia,” is hosted by the Department of Art and Art History and a variety of other CU Boulder collaborators and will feature screenings and public conversations about the art.

“It’s really an exciting time there in the arts scene,” said curator Brianne Cohen, an assistant professor in contemporary art history. “Contemporary art is flourishing after long histories of violence and oppression.

“People are pushing back against censorship on social and environmental issues, and artists are tapping into this and coming out with brilliant new work.”

“This series of video screenings and artist conversations addresses environmental devastation in Cambodia and Vietnam,” said Cohen said in a prepared statement. “The artworks creatively document how this ecological destruction—from toxic mining and deforestation to sand extraction and animal poaching—coincides with social violence against some of the most vulnerable groups in the area, including the indigenous and poor.”

Born Vietnam in 1971, Nguyen attended University of Fine Art in Ho Chi Minh City from 1990 to 1993, graduated from University of California Los Angeles in 2001 and received his MFA from the School of Visual Arts in New York in 2005. He has been exhibiting across the globe and won the Jury Selection Prize of the prestigious Japan Media Art Festival 2015, for a piece inspired by the comparison of drone warfare and the American bombing of his homeland.

“I deal with phenomenon of the motorcycle drivers in HCM (Saigon) and the motorcycles’ exhaust that can blow up hundreds of meters of plastic tubes in less than 10 minutes,” Nguyen said in an email exchange. “From a visual art stand point, it makes the invisible become visible. I can sculpt the exhaust air. That excites me, and the project goes from there. 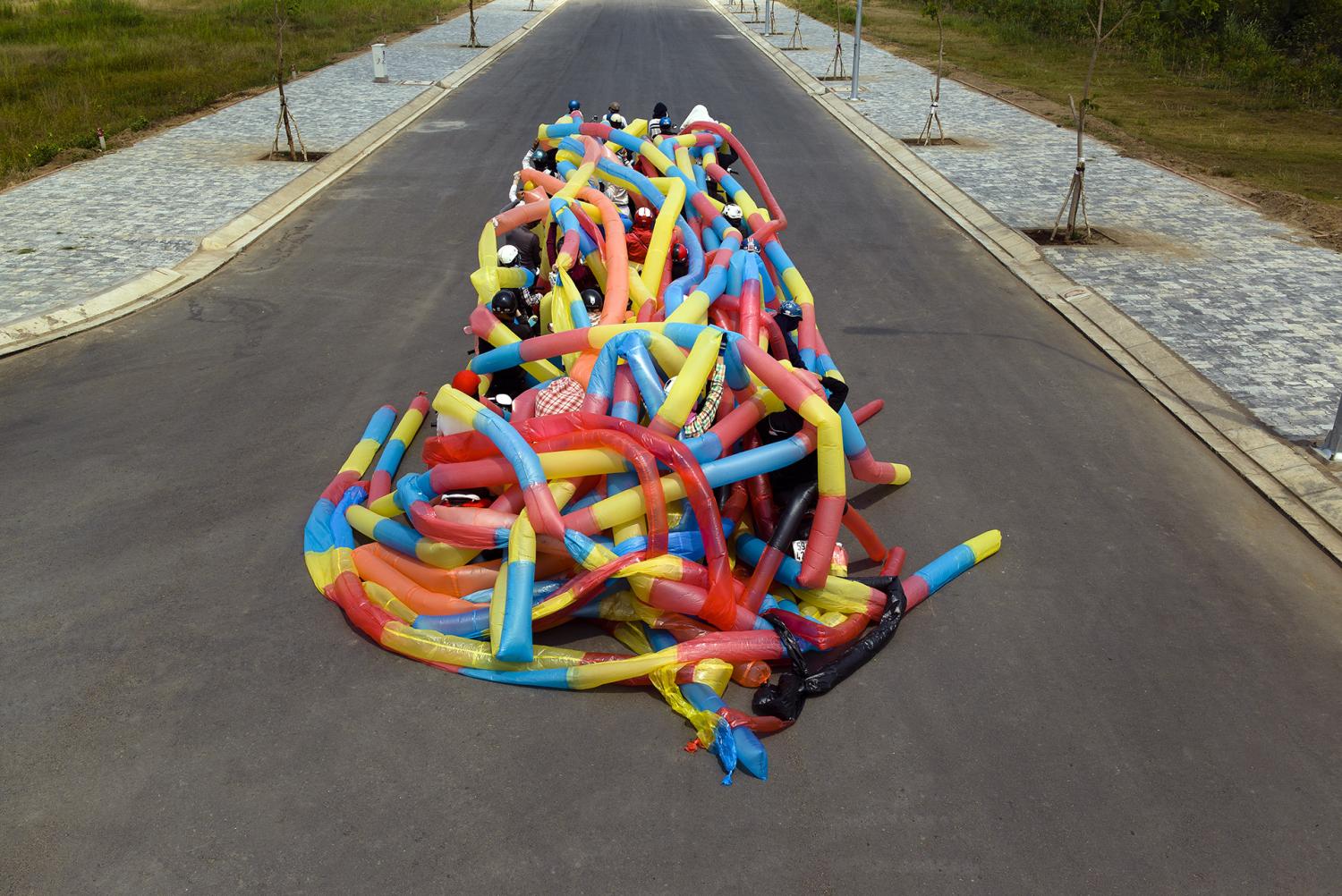 “I think because I do see links of human activities and the affected environment, that view is reflected in the work. It is a bit of a happy accident. If you watch them, I do use imageries of the past and present, myths of different cultures to blend in the message symbolically. You might see the Trojan myth and Babel Tower reference in that as well as the Hindu myth, ‘Churning of the Ocean of Milk.’ I love the wisdom of myth, and it is reflected in my work naturally.”

Funding for the program includes grants from the Center for Asian Studies, the Center for Humanities & the Arts, and the Nature, Environment, Science & Technology (NEST) Studio for the Arts, which is part of a campus-wide effort to meet former President Obama’s Grand Challenge in illuminating environmental challenges of the 21st Century.

Cohen has been working on the program for the better part of a year and credited Kirsten Stoltz, director of the Visiting Artist & Scholar Program in the art department for helping put together the complex financing. “It’s been a long process,” Cohen said.

Other campus collaborators include the CU Art Museum, the Department of Cinema & Moving Image Arts, the Roser Visiting Artist Program, and the Art and Art History Department’s visiting artist and art history programs.

The three screenings are free, open to the public, and are as follows:

Khvay Samnang is a founding member of Stiev Selapak, an art collective dedicated to experimental arts practice in Cambodia and an engagement with historical transformations and political violence wrought by regimes such as the Khmer Rouge. Through the expressive medium of dance, Khvay’s moving image work depicts the illegal extraction of sand from the country’s beaches and rivers for commercial land development in Singapore (Where is My Land? 2014, 14 min), as well as the threat of a hydroelectric project in southwestern Cambodia that could destroy the livelihood of the indigenous Chong people in that region (Preah Kunlong, 2016-17, 19 min).

UuDam Tran Nguyen’s 3-channel video work, Serpents’ Tails (2015, 15 min) creatively works with air pollution in Ho Chi Minh City (Saigon) caused by motorbikes as a medium. As in Khvay’s work, Nguyen also employs dancers to interact with and enliven the landscape. In this case, however, it is the rapidly transforming urban environment of Vietnam. Building on mythologies such as the Greek Laocoön, the Vietnamese Thanh Giong, and the Hindu Churning of the Ocean of Milk, the video portrays a dramatic conflict between human motorcyclists and “serpents’ tails,” or the exhaust of motorbikes trapped within elongated, stitched-together plastic bags.

March 21, Artist Tuan Mami will screen his film, In One’s Breath—Nothing Stands Still, at 6:30 p.m. in VAC 1B20, to be followed by a conversation with Cohen and the public. He has spent the last five years visiting and documenting his parents’ hometown in northeastern Vietnam, a mountain village that has become almost unlivable due to extractive limestone mining. In One’s  Breath—Nothing Stands Still (2018, 30 min) is a poetic portrayal, one drawing from indigenous spiritual and  Buddhist beliefs, of a landscape choked by toxic dust from the mining. It offers a fictional account of a spirit’s three-day journey to the “other side,” as a ghost story that suggests a place caught between life and death.

April 10, Artist Tuan Andrew Nguyen will present and speak about his highlighting of human violence against animals in My Ailing Beliefs Can Cure Your Wretched Desires (2017, 19 min), beginning at 5:30 p.m. in ATLAS 102. In this riveting video work, two animal spirits of species that have recently gone extinct in Vietnam—the Javan rhino and a type of giant turtle—debate the possibility of animal liberation from humankind. Vietnam is a country with one of the most complex natural ecosystems on the planet, but a substantial number of its species are at risk of extinction. This moving image work imagines an animal revolution against human trophy kills, poaching for “medicinal” purposes, and neocolonial violence in the landscape. 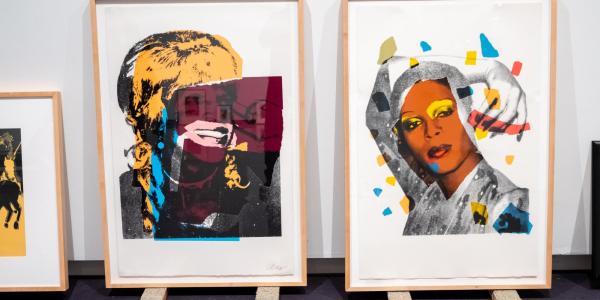 ‘I hope viewers see the possibilities for teaching and learning through an art museum on campus and how it can catalyze students’ academic experience,’ curator says. END_OF_DOCUMENT_TOKEN_TO_BE_REPLACED 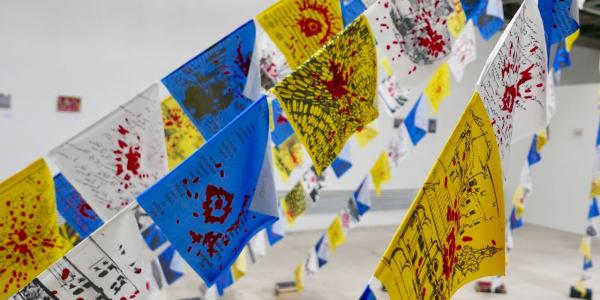 Created by a CU Boulder prof, this Boulder-based art collective’s newest show, Uncanny Times, aims to address the discord that divides and alienates us from one another END_OF_DOCUMENT_TOKEN_TO_BE_REPLACED 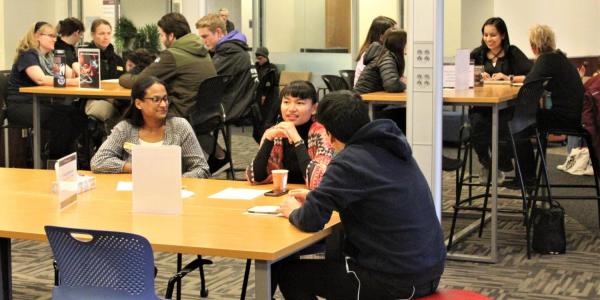 Tell us your stories, alums; we really want to hear them

CUnique Stories is seeking volunteers to take part in their storytelling program, which will take place this spring. END_OF_DOCUMENT_TOKEN_TO_BE_REPLACED
Categories:
Tags:
Return to the top of the page