T. Noel Osborn credits CU Boulder for the ‘synergy’ in his 45-year career

As it happened, the first prospective school he visited with his father was CU Boulder, and like so many before and after him, he had made up his mind before even setting foot on the campus.

“We came up the Denver-Boulder Turnpike (now U.S. 36) and drove over that crest and saw the Flatirons. I said, ‘Dad, I don’t need to see any place else,’” recalls Osborn, 77. T. Noel Osborn holds a bachelor's, master's and PhD in economics from CU Boulder. He says he learned to be an "economist and a productive contributor to society" at the university. Photos courtesy of T. Noel Osborn.

He didn’t know it at the time, but that first glance at the Flatirons would set the course for the rest of his life.

“Everything I did at CU helped build a career that has been greatly beneficial to me, and hopefully to others, too” says Osborn, an economist who has held a tenured position at one university in Mexico, directed a study abroad program for CU students at another university and been a pioneer in the field of delivering leadership development for nearly 40 years.

Not that there weren’t a few hitches along the way.

Osborn dropped out of CU during his sophomore year and took a job at Sherwin-Williams Co. in New Orleans, rising to become an accounting and sales-floor manager. But he realized he wanted to cover more in his life and returned to Boulder after a year to major in economics. He also started taking Spanish courses, “to get an easy A,” and minored in psychology.

Upon graduation in 1963 his student draft deferment ended and he enlisted with the U.S. Navy to attend the officer candidate program. He spent the first part of his career at sea while based in Newport, Rhode Island. Then, in 1966, he learned that he was going to be sent on his destroyer to Vietnam.

“I remember saying, ‘Well, I’m going to vote for Lyndon Johnson (in 1964). He says he’s not going to send me overseas to fight a war for Asian boys,’” Osborn recalls. “A few months later we had the Gulf of Tonkin (resolution in Congress). That was my first lesson in realpolitik.”

He spent two and a half years shipboard as an anti-submarine and gunnery officer before being transferred to a cruiser bound for an extended tour around South America. There, thanks to his Spanish training at CU, reinforced by a summer session at Mexico City College, he became “an unofficial translator” for the presiding admiral at some of the ports of call.

“That was good experience and it helped me to decide what I wanted to do: work in economics in Spanish,” he says.

He returned to CU in 1967 to earn a PhD in 1973 (while also pursuing an MA in 1970 as a “stopgap”) and started working in Mexico in 1970 using a Fulbright grant. His dissertation examining the economics of education in that nation was eventually picked up by Texas Western Press.

“I never imagined my dissertation would be published. But it was a bit different from the library-grown norm and was interesting to a lot of people,” he says.

He caught the attention of some scholars and policymakers in Mexico by arguing that the government’s longstanding tradition of charging just $16 to every student at the national university, regardless of ability to pay, was a relatively poor use of resources. He argued for boosting tuition to some multiple of that, and then and providing subsidies to those who needed them.

“My thesis was that there are recoverable costs of going to university. People receive a value when they go to college, and tuition ought to be in some way connected to the value when you get out,” he says. “Why give a virtually free ride to the relatively well-off sons of doctors and lawyers?”

We worked under the concept that a leader that does not know his impact on his people is doomed to failure."

A Mexican publisher bought rights to the book, but the 5,000 copies never made it out of the warehouse, likely due to the “political incorrectness” of raising tuitions at public universities in the country—another lesson in realpolitik.

Osborn first joined the faculty at the Autonomous University of Guadalajara through the Fulbright program, where he helped continue a fruitful exchange program with CU Boulder. Professors from CU lectured in Mexico, and more than 600 Mexican students studied in Boulder. He later helped bring the program to Mexico’s National University, where he also earned tenure at age 39.

“Many of the students came to Boulder and other campuses for graduate work, and then went back to Mexico, where they made names for themselves in the public and private sector and academic framework, including top jobs in economics and finance, and even one president of the Republic of Mexico,” Osborn says.

Noel also took a sabbatical to help Banamex, Mexico’s premier commercial bank, to set up a banking and finance institution. Then, at age 42, he decided to buy out his time at the university and go to work with the North Carolina-based Center for Creative Leadership, which was founded in 1970 to study and improve leadership at American corporations and nonprofits.

“We worked under the concept that a leader that does not know his impact on his people is doomed to failure,” he says.

Osborn is now president and chief facilitator of San Antonio-based TEAM International, which operated for many years as a licensee of the CCL and went independent in about 2010.

Osborn says the market for leadership development training has declined since he first got into the business. He faults conglomeration of large corporations; the outsourcing of many functions, which reduces a company’s need to develop people; and the continual shrinkage of employee numbers that has left many managers with barely enough time to take a vacation, much less a leadership course. It’s just one more symptom of a disturbing de-emphasis on human resource-building in much of the economy, Osborn argues.

“It’s like the old story of the woodsman sawing with a blade that is getting duller and duller, but he doesn’t want to pause to sharpen it because he’s too busy sawing,” he says.

Osborn says he “learned to be an economist and a productive contributor to society” at CU, and that his three degrees have provided him with “a lifetime of synergy.”

His lesson for today’s students is, “You need to follow what really turns you on. Whatever you are really passionate about, go to school to deepen that, and look for a job that develops you in that field,” he says. “That’s the best way to have a productive career.” 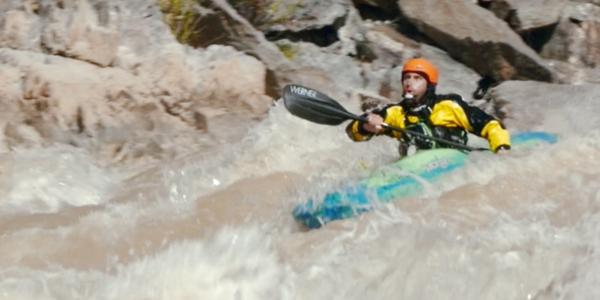 “The Weight of Water” follows the blind adventurer Erik Weihenmayer as he kayaks the Grand Canyon. And, for Michael Brown, the sound is a vital element of that experience. END_OF_DOCUMENT_TOKEN_TO_BE_REPLACED 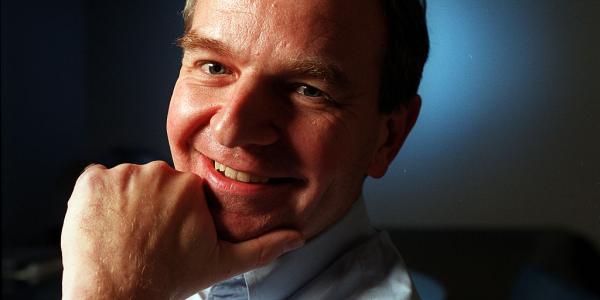 An interest in big-picture questions is a common thread in Brock Leach’s success in business and ministry. END_OF_DOCUMENT_TOKEN_TO_BE_REPLACED 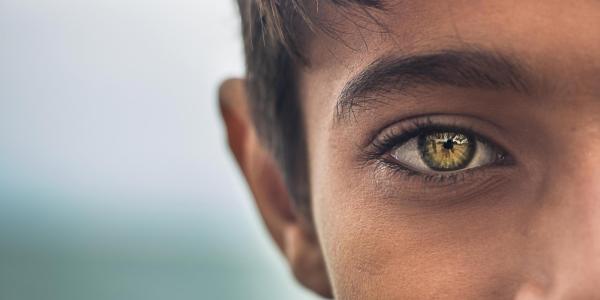 Alumnus’ ski trip inspires an insight that could help give the world’s poor better vision. END_OF_DOCUMENT_TOKEN_TO_BE_REPLACED
Issue: Summer 2018
Tags:
Return to the top of the page