The WiRē team—a group of wildfire practitioners and researchers, including some from the University of Colorado Boulder—is working across Colorado to better understand the human role in local wildfire mitigation

For the community of Mountain Village in southwestern Colorado, it was all about the trees.

Anything that involved cutting down trees was a non-starter for this picturesque community near Telluride, according to the town council’s understanding at the time. Residents just weren't willing to get rid of them, they argued, even to reduce wildfire risk. A group of researchers and wildfire practitioners—or the Wildfire Research (WiRē) team—however, saw this challenge as an opportunity to do things a little bit different.

The team—which includes sociologists, economists and wildfire mitigation specialists (or wildfire practitioners) with ties both to the University of Colorado Boulder and federal agencies throughout Colorado—surveyed local residents and quickly disproved the conventional wisdom. In fact, 77 percent of Mountain Village respondents reported being willing to remove their trees to reduce wildfire risk and help protect their homes.

With data in hand, a member of the WiRē team and the director of a regional wildfire organization, Lilia Falk (Geog'10) of the West Region Wildfire Council, went to the town council and showed them that not only were a majority of respondents willing to remove trees to reduce wildfire risk, but that they felt there were both perceived barriers and distinct motivations for completing this work.

Mountain Village, much like other mountain communities throughout Colorado, was struggling to reconcile two apparently competing goals: making itself safer from wildfire while also preserving the beauty that draws many of its residents. And it is this tension, that while wildfire is a natural phenomenon, learning to live with wildfire is social—and social solutions are also needed to save lives and property—that the WiRē team hopes to address.

"As a nation, we're spending a lot of time, money and resources suppressing fires—especially fires that threaten homes and communities. But the human condition is such that humans choose to build in those areas. Humans choose. So, just the concept that, yes, it is a hazardous fuels issue, yes, it is a structure issue, but its first and foremost a social issue that needs to be addressed," said Falk.

Learning how to not only prepare for wildfires, but also live alongside them, is a difficult task, and one that the WiRē team hopes to help residents living in the wildland-urban interface—the transitional area between vegetation and homes—overcome through a combination of social science research and on-the-ground work, all to create more wildfire adapted communities.

Yes, it is a hazardous fuels issue. Yes, it is a structure issue. But its first and foremost a social issue that needs to be addressed"

They accomplish this through the systematic collection of household data via surveys. The team then pairs those data with parcel-by-parcel wildfire risk assessments, which are completed by professional wildfire mitigation specialists. From there, the team’s researchers analyze the findings and generate reports about the community and their relationship to wildfire, including residents’ risk perception, wildfire experience and their opinions of wildfire and mitigation work.

These reports, and the data within them, are then used by the team to craft useful products for the practitioners, including presentations, infographics and story synopses to help facilitate community conversations, and help expand the social science literature around wildfire adaptation and mitigation.

The collaboration, though, doesn’t end there. The researchers and practitioners use this as a jumping off point, continuing to work together to figure out how they can fine tune their research questions and create new programs aimed at improving wildfire preparedness.

Thus far, the team has collected data from roughly 80 communities across Colorado and has garnered about 6,000 risk assessment observations, predominantly in southwest and southcentral Colorado, with no plans of stopping.

One way they're expanding their work is by creating the WiRē Center—a non-profit outgrowth of the team. The center looks to help garner resources to further the goals of the group and to support more research-practitioner partnerships across Colorado and beyond.

This multi-faceted approach is especially important as wildfires grow in size and intensity, and more people move into the wildland-urban interface.

Wildfires are usually approached in the United States with a focus on mitigation (attempting to reduce the damage or risk of wildfires), and suppression (putting a fire out when it does occur). Homeowners and landowners are often encouraged to take care of their own property to reduce wildfire risk, but often they lack the specific information concerning how to do it, or to what extent they need to take action.

And often, according to Hannah Brenkert-Smith (PhD, Soc'08) of the WiRē team, wildfire management policies try to be a one-size-fits-all approach, which doesn’t necessarily work.

"A common limitation we see is not that homeowners don’t know their homes are at risk of wildfire—they're often quite aware of that in a general sense—but where some of the information disconnect comes in is that people don't necessarily know the specifics," said James Meldrum (PhD, EnvSt'12), a research economist with the U.S. Geological Survey who is a member of the WiRē team, and, formerly, a research associate with the CU Boulder's Institute of Behavioral Science. "They might be taking action such as creating defensible space around their home, but they might not be doing it to the level that the practitioner would want them to be doing, or that would be as effective as it could be."

"We're seeing that providing that information really makes a difference." 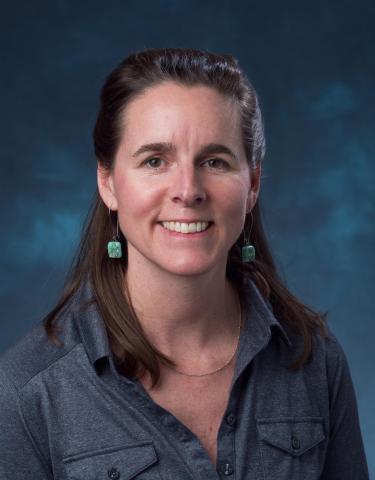 Beyond just a lack of information, another barrier to mitigation efforts is the sheer initial cost of the endeavor. Research shows, however, that for every dollar invested in mitigation before a big wildfire disaster, society saves $4 in suppression costs when the wildfire burns.

"We believe that if more investment happens in the upfront side of things, supporting community risk reduction, that we can reduce impacts in local communities from major wildfires," said Brenkert-Smith, an environmental sociologist and research faculty with the Environment and Society program at the Institute of Behavioral Science. "But at this point in time, the machine to respond to fires is so big and so hungry that there are few dollars left to put on this front-end piece."

"And so, what we're trying to do is create a way—a systematic way—of investing dollars so that when wildfire programs and practices are underway, that they’re efficient, they’re tracking what works, and they're responding to the local context."

One way that the WiRē team is attempting to create this systematic approach differently is by incorporating wildfire practitioners into their work and research from the very beginning of the process.

The practitioners work directly with homeowners to make sure that they’re informed, their homes are safe, and that any potential destruction on their homes or property is mitigated. These mitigation efforts include creating defensible space (or the buffer between a home and the forest around it), hardening a home (adding building materials that are more fire resistant), and introducing fire-resistant landscaping. But, they can also include outreach and working with the community directly.

Historically, practitioners have worked in their own silos, separate from the research conducted on mitigation and suppression. What the WiRē team provides is a different, data-driven, people-driven approach that improves efficiency.

And the partnership between the researchers and practitioners is something that both groups appreciate.

For the West Region Wildfire Council, a nonprofit group that works with the WiRē team in Gunnison, Hinsdale, Delta, Montrose, Ouray and San Miguel counties, that has definitely been the case.

That appreciation holds true for the researchers as well: "It's really been pretty inspiring working with the practitioners so closely," said Meldrum. "It's been a pretty incredible opportunity to be able to work with such forward thinking and innovative people who very much care about the problem. Everyone really does give 110 percent."

This innovative approach, and how well it has worked, has spurred the group to get the message out for other potential researcher-practitioner partnerships, and one way they are doing that is through newly released outreach videos on their website. The videos each emphasize a different aspect of the WiRē team and WiRē Center’s collaborative approach to the social side of wildfire.

The first video, "An Innovative Approach to Understanding Communities," introduces the WiRē team, and provides an overview of how they're helping communities adapt.

The second, "Applying the WiRē Approach," delves into the WiRē team's process of pairing social data from residents living in the wildland urban interface with local wildfire risk data.

Finally, the third video, "Becoming More Fire Adapted Through Better Understanding of the Community," describes WiRē's method of working with at risk communities to tailor their efforts for specific needs, resulting in increased wildfire education and adaptation.

"Something that we really tried to emphasize in these videos is the process of understanding a community in detail and working to see how to use that understanding to improve the engagement of the community in becoming more fire adapted," said Meldrum.

"We hope these videos can convey that message and encourage other places to take this approach."

Brenkert-Smith agrees, "Our intent really was to tell people our story about how research and practice don’t have to live in separate worlds, and how we’ve managed to join together in a collaborative effort that really challenges the way things usually get done."

The WiRē Center and team are looking to expand beyond just their current areas to Grand County, Colo., and central Washington.

"We directly have data on 80 communities right now, and that’s growing," commented Brenkert-Smith.

"It's really exciting because the practitioners that we’ve been working with, and even those we’ve just had conversations with, lament that sometimes they steer their programs to respond to the vocal community members who have really strong opinions about how things should be done or shouldn’t be done. But, what we've learned is that sometimes those voices don’t actually represent the majority of the people in their communities."

"So, there's a feeling that things can change because of this process."

If you are interested in working with the WiRē Center, supporting their efforts or learning more about their services, you can contact them on their website.

The header photo is by Stuart Palley/Flickr. 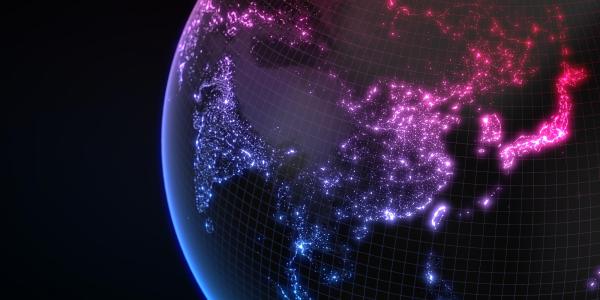 On the 50th anniversary of Garrett Hardin’s influential essay, the director of the CU Population Center contends he missed the mark. END_OF_DOCUMENT_TOKEN_TO_BE_REPLACED

Rural America the focus of two new projects funded by the National Institutes of Health and U.S. Department of Agriculture. END_OF_DOCUMENT_TOKEN_TO_BE_REPLACED 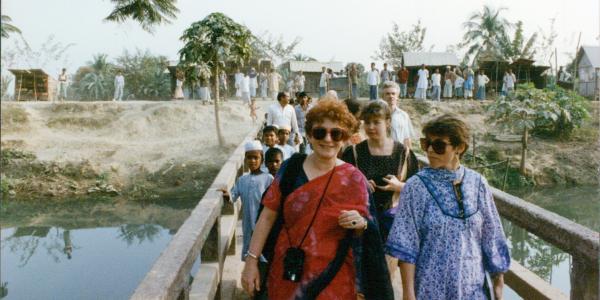