CSF’s ‘Julius Caesar’ is both timeless and timely

CSF’s ‘Julius Caesar’ is both timeless and timely

Shakespeare’s political thriller ‘moves like a house on fire’

Yes, there will be togas. No, it won’t be boring.

The Colorado Shakespeare Festival’s 60th season continues with an homage to the plays performed during its first-ever summer in 1958, including a production of “Julius Caesar” set in classical Rome. But while the setting evokes ancient history, Director Anthony Powell assures audiences that this play is anything but.

“I don’t think Shakespeare needs to be done in tights or togas, but it makes a strong statement about how timeless his themes are,” Powell says. “You can set it in Rome, you can set it on the moon. It doesn’t matter. As long as we do our job right, the audience will make connections between then and now.” 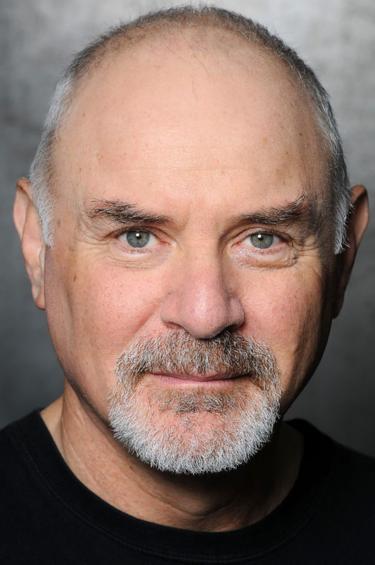 Robert Sicular performs in the title role of "Julius Caesar."

Seemingly benevolent leaders. Jealous critics. Powerful men who ignore bad omens. Lies, scheming and scandal. These are the themes in “Julius Caesar,” the spellbinding political thriller whose characters felt as real and relevant 400 years ago as they did a century ago, a generation ago—and today.

What makes the play so timeless isn’t just its political commentary. It’s also the characters—all of them complicated, heartbreaking and fallible.

“You think of it as a big epic play, but it’s really a chamber piece,” Powell says. “It’s an intimate drama about these very complex, very troubled people who see the writing on the wall and blithely walk into the fire anyway. We’ve all done that. I’m always leaping before I look, and it generally gets me in trouble.”

“Julius Caesar” grabbed hold of Powell in high school and never let go. He remembers feeling awestruck when his history teacher dropped the needle on an LP recording of the play with Peter Finch and Patrick Wymark.

“They talked so fast,” he says. “I don’t know if it was an artistic choice or it was just to save money, but it moved like a house on fire, just at a breakneck pace, and it got me hooked. I want this production to emphasize how quickly things get wildly out of control.”

Actor Robert Sicular has played Mark Antony and Marcus Brutus in other productions of “Julius Caesar,” but this will be his first turn as the title character. He’s done extensive research on Roman history over the years and can’t wait for this new challenge.

“This guy might be the most famous person who ever lived,” Sicular says. “Caesar made himself divine. He talked about himself in the third person, and he didn’t make comments so much as pronouncements. But Shakespeare has this uncanny way of finding the humanity in him.”

It’s a classic Shakespearean move to turn larger-than-life historical figures into jealous lovers, insecure leaders and conflicted mothers and fathers—people in whom we can see ourselves, togas or no togas.

“He wrote this thing 400 years ago about something that happened 2,000 years ago, but we’re still performing it,” Sicular says, “because the same stuff is still going on.”

“Julius Caesar” opens Saturday, July 8, with an audience preview on Friday, July 7, and runs through Aug. 12. Tickets start at $20. Buy them online at coloradoshakes.org, over the phone at 303-492-8008 or in person at the CU Presents box office, 972 Broadway, Boulder. The box office is open from 10 a.m. to 5 p.m. Monday through Friday and is located in the University Club building on the CU Boulder campus.

Does your stomach experience toil and trouble at the memory of a pinched and scolding high-school English teacher peddling Bardic cod-liver oil? Does the idea of seeing a Shakespeare play threaten to put you to sleep, perchance to dream? Well, “You haven’t seen ‘Hamlet’ until you’ve seen a 10-year-old do ‘Hamlet.’” END_OF_DOCUMENT_TOKEN_TO_BE_REPLACED

Beginning in spring 2017, CU Boulder becomes the first university in the nation to offer a graduate certificate in Applied Shakespeare. END_OF_DOCUMENT_TOKEN_TO_BE_REPLACED

In a nod to the past, CSF’s Summer 2017 lineup will remount the plays audiences saw in its original 1958 season: The Taming of the Shrew, a laugh-out-loud audience favorite; Julius Caesar, a classic political thriller; and Hamlet, Shakespeare’s undisputed masterpiece. END_OF_DOCUMENT_TOKEN_TO_BE_REPLACED
Tags:
Return to the top of the page