And for more than a decade, the University of Colorado Boulder has had more tenured and tenure-track faculty who specialize in the study of contemporary Tibet than any other university in North America. No wonder that the Dalai Lama, the exiled spiritual leader of the world’s Tibetan Buddhists, spoke on campus during a brief U.S. tour in June 2016.

CU Boulder has been hosting Tibet-focused events, exhibits and conferences since 2006, and in 2015, three faculty members — Assistant Professor of Religious Studies Holly Gayley, Emily Yeh, Professor and Chair of the Department of Geography, and Associate Professor of Anthropology Carole McGranahan — decided to create the Tibet Himalaya Initiative, with a small grant from the Office of the Chancellor. 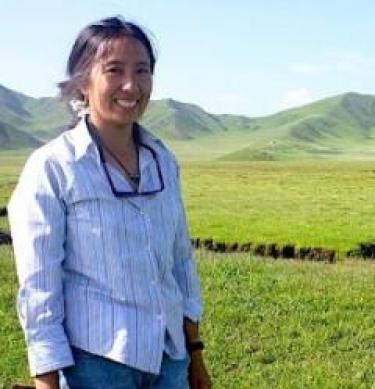 “We realized we have quite a bit of expertise, and we already had a number of activities going on on campus,” Yeh says. “So we thought we should formalize it, to further highlight and develop our outreach efforts to the broader Boulder-Denver communities with their long-standing interest in Tibet, and to build ourselves as a center for research and outreach.”

Since its formation, the initiative has attracted associated CU Boulder faculty and graduate students, as well as visiting scholars with expertise in Tibet and the Himalayas.

Having brought Tibetan Buddhist teacher Ringu Tulku Rinpoche to speak at its September 2015 launch and sponsored Tibet Arts Week — which brought renowned Tibetan artists Gonkar Gyatso and Dorje Tsering Chenaktsang (Jangbu) to campus — on campus in April 2016, THI is poised to host four other major events over the next six months.

“When prominent people come to campus for these kinds of intensive and high-level events it brings a lot of attention to what CU Boulder offers in terms of Tibetan and Himalayan studies,” Gayley says. 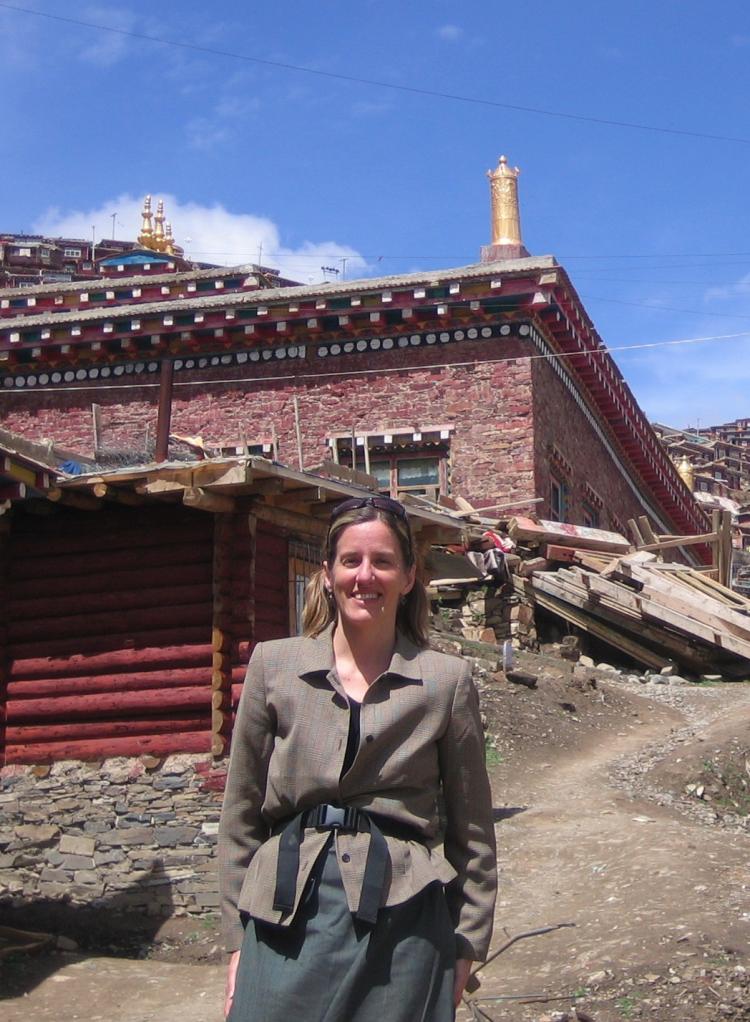 Still in its infancy, the CU Boulder initiative has gratefully “piggybacked” on events held at Columbia University in New York, such as the visits of Khenpos Sodargye and Tsultrim Lodrö, prominent cleric-scholars from Larung Gar in eastern Tibet, who visited campus in 2014 and 2015.

“We don’t yet have the resources to bring people from overseas. But Columbia has money and has brought a lot of interesting people from Tibet, filmmakers, poets, authors, scholars, and artists,” Yeh says. “That’s given us an amazing opportunity to bring them here.”

Increasing repression within the People’s Republic of China has made it challenging for Tibetans to get passports and visas to visit the West, Yeh says, especially following a series of high-profile 2008 protests and self-immolations that began in 2009 in Tibet.

In 2016, the Chinese government began the demolition of buildings at the Larung Gar, one of the largest centers of Buddhist learning in Tibet, with the goal of reducing its population of monks and nuns, according to Radio Free Asia. (A 2015 photo essay by Gayley on Larung Gar can be found here.) 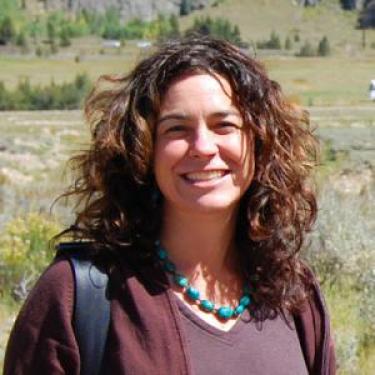 “There is still a lot of religious repression in China. Tibetan Buddhist leaders are subject to many restrictions and are always in a precarious position ,” Yeh says. “Larung Gar was long a very exceptional space where 10,000 monks and nuns lived and studied.”

The Tibet Himalaya Initiative hopes to build on both past and upcoming events to raise its profile and expand Tibet-Himalaya studies—including Nepal, Bhutan and Himalayan areas of India—at CU Boulder. At the top of the wish list, Gayley and Yeh say, is hiring an instructor in contemporary Tibetan language. Currently, Naropa offers instruction in classical Tibetan and a native Tibetan speaker meets with THI graduate students weekly through the Directed Independent Language Study program at the Anderson Language Technology Center.

“We’d like to be able to offer colloquial modern Tibetan. That’s our biggest goal, along with continuing to bring high profile speakers and other guests” Yeh says. “We want to allow not just for teaching language, but also offer literature and other contemporary coursework offerings.”

A bit further down the road, the initiative’s founders hope it will lead to more formalized curricular offerings.

“We want to expand its reach in terms of the number of students,” Gayley says. “Eventually, we hope to develop a Tibetan and Himalayan studies certificate or even program.”

THI is also working with the Boulder-based Tsadra Foundation, which supports the work of Tibetan-language scholars and translators, to bring a master translator to Boulder a few weeks each year to work with CU Boulder and Naropa students, and the possibility of a translation institute of some kind is under discussion.

The library exhibit on Tantric Ritual in Tibetan Buddhism, in part, celebrates the collaboration of Tsadra and CU, since the iconography on display relate to a ritual found in texts recently donated to the University Libraries by Tsadra.

The exhibit, which opened this month on the second floor of Norlin, was designed by Eben Yonnetti, an MA student in Religious Studies and Provost Fellow for the University Libraries.

CU Boulder “is really emerging on the horizon as an important university where Tibet-Himalaya studies is happening,” Yeh says. “And it’s all coming together through the foundation of the Tibet-Himalaya Initiative.” 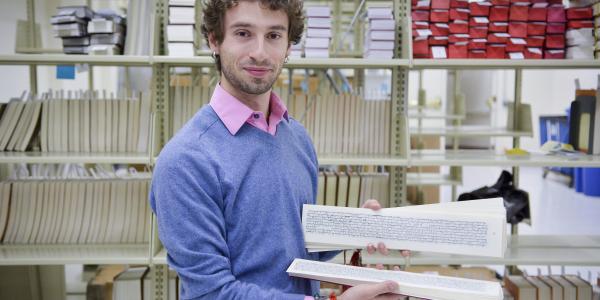 As an undergraduate at Siena College, Eben Yonnetti, on a whim, went on a study abroad trip to Nepal to study in the Tibetan and Himalayan Peoples program. Yonnetti eventually became so engaged with Tibetans and Tibetan culture that he decided to study Tibetan language and religious practices and ideas END_OF_DOCUMENT_TOKEN_TO_BE_REPLACED 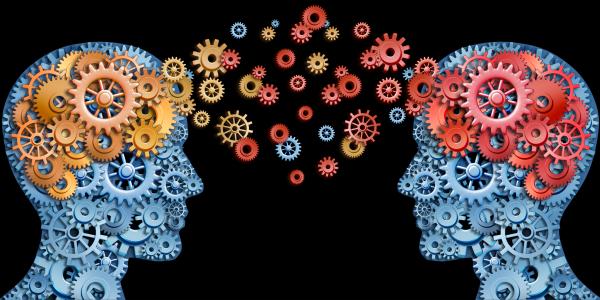 For the first time next fall, CU Boulder will host a Residential Academic Program for students interested in not only learning how to learn, but learning how to teach, as well, as Sewall Hall will host the first RAP for would-be educators. END_OF_DOCUMENT_TOKEN_TO_BE_REPLACED 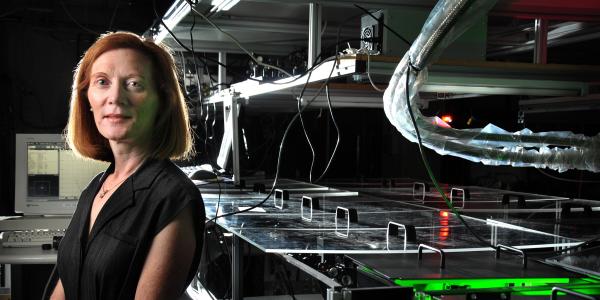 By creating a sense of belonging for women in physics, the University of Colorado Boulder is helping female students succeed, experts in the field say. END_OF_DOCUMENT_TOKEN_TO_BE_REPLACED
Issue: Summer 2017
Tags:
Return to the top of the page