CU theatre season concludes with ‘Peter and the Starcatcher’

CU theatre season concludes with ‘Peter and the Starcatcher’

CU Boulder Theatre & Dance’s season closer offers adults a chance to embrace their inner creative child with performances of “Peter and the Starcatcher” by Rick Elice. The music-filled “Peter Pan” prequel that played on Broadway to wide acclaim is an extravaganza of play-acting, pirates, touching moments and humor for all ages.

“Peter and the Starcatcher,” based on a best-selling 2006 novel, travels back to Pan’s early adventures in an orphanage, aboard a weather-beaten ship holding precious cargo, and on a magical remote island. The story takes theatergoers to golden grottoes, deep jungles and active volcanoes on adventures just as exciting as those in the classic story we all know and love.

“It’s a play about what happens before ‘Peter Pan,’” says Alyssa Sedillo, an MFA candidate at CU Boulder and the production’s assistant director. “A lot of it is about Peter and Wendy and Captain Hook and how they got their start, even though their names are different.”

Like “Peter Pan,” it’s a classic coming-of-age story, filled with adventures, dreams and commentary about growing up. But unlike “Peter Pan,” it’s not theatre as usual. In “Starcatcher,” characters often break the fourth wall to talk directly to the audience, and the scenes look more like they’re taking place inside a child’s bedroom rather than on a theatre stage.

“It’s not method acting—it doesn’t reflect how real people would react to a situation,” Sedillo says. “Instead of seeing an actual ship sink, you’ll see what the playwright imagined a group of kids would look like if they were playing pretend and wanted to imitate a sinking ship.”

To elevate that sense of play-acting, sound designer and undergraduate senior Bailey Trierweiler wanted to make sure all the sound effects in the first act came straight from the actors and the band rather than from over a sound system. She says she’s using a centuries-old technique called Foley to get it done.

“Foley is a Shakespearean technique, and they use it a lot in movies now,” she says. “It involves the use of random objects to make sounds that are familiar to us.”

In 1600, the Globe Theatre would roll cannonballs up and down a wooden track embedded in the ceiling to create the sound of rolling thunder. In this production, actors will use thunder sheets, wind machines and their own bodies to reproduce the sounds of a ship in a storm.

“Things like water and waves are hard to recreate on stage, both visually and aurally, and we’re taking an approach that hasn’t been seen since I’ve been a student here,” Trierweiler says. “We’re making it a little more physical by using our actors for the special effects rather than jumping straight toward a recorded soundtrack.”

“I wanted to write the play from the perspective of this empowered girl—self-assured, super smart, super curious, not a spectator in her own life, active in her own life story—who teaches this boy how to be a man, really,” Elice says in an interview with Metro.us.

Like the students involved in this production, Elice has found that living the best possible life involves keeping one’s childlike curiosity while experiencing very adult setbacks, both professional and personal. And to him, that’s what “Starcatcher” is all about.

“When I was a boy, I wished I could fly, and the notion of being a boy forever was pure delight,” Elice says. “No homework, no chores, no responsibility, no sorrow. Now that I’m in the middle of my life, I understand what I’d have missed had I never grown up, or fallen in love, or stood my ground, or lost a battle—or written a play.”

Tickets for “Peter and the Starcatcher” start at $24 with student, senior and youth discounts available. To purchase tickets, visit the CU Presents box office in person (972 Broadway), call 303-492-8008 during business hours or visit us online anytime. Note: All online and phone orders are subject to a service fee. This production is recommended for audiences aged 10 and older and may not be suitable for young children.

Does your stomach experience toil and trouble at the memory of a pinched and scolding high-school English teacher peddling Bardic cod-liver oil? Does the idea of seeing a Shakespeare play threaten to put you to sleep, perchance to dream? Well, “You haven’t seen ‘Hamlet’ until you’ve seen a 10-year-old do ‘Hamlet.’” END_OF_DOCUMENT_TOKEN_TO_BE_REPLACED 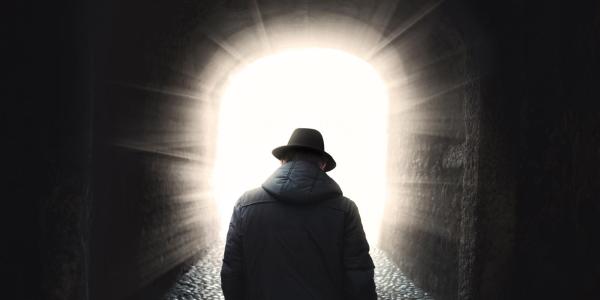 When death comes calling, how will you measure your time on Earth? That’s the question presented in “Everyman,” a classic 15th-century morality play. END_OF_DOCUMENT_TOKEN_TO_BE_REPLACED 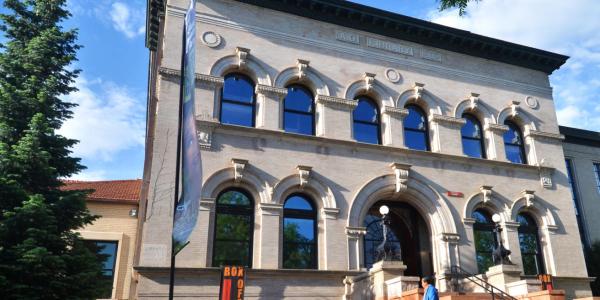 ‘Systemic racism is a real problem in our country—and dance is uniquely positioned to help dismantle it,’ professor says. END_OF_DOCUMENT_TOKEN_TO_BE_REPLACED
Tags:
Return to the top of the page