When she was a child, Maiji Castro’s father was in the U.S. Air Force, stationed in Japan, Korea and Italy. There, she found fine art museums and her life’s calling. 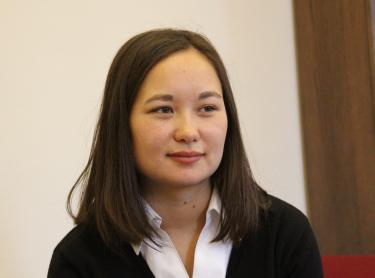 “I knew I wanted to work in a museum,” Castro said. She is well on her way.

In her honors thesis, Castro examined the 19th century paintings of bathers by Edgar Degas and Mary Cassatt. Castro contends that Degas and Cassatt were among the first artists who challenged the eroticism of the nude by “examining modern connections between class, privacy and cleanliness.”

Both Degas and Cassatt were hampered in their efforts to do this, he by his gender and she by her position as an upper-middle-class woman, Castro argues. Further, she notes that the effort to break free from traditional eroticized nudes is continuing today:

“It is a continuing debate as to whether artists, society and the contemporary female nude will ever be free of the desire and eroticism established by the classical idealized form,” Castro writes.

In remarks prepared for a gathering of graduating honors students, Castro notes that artists have long depicted women primarily as beautiful, perfect objects to be desired: “Women were reduced to the nude Venus emerging from the frothy sea by Botticelli, to the provocative odalisque lounging on silk sheets by Ingres, to goddesses facing the judgment of Paris, and to Susanna being blamed for the uncontrolled lechery of the Elders.”

These are stereotypes that all people, “men and women alike, should be campaigning to free ourselves from,” Castro states, adding that women’s access to social media today helps women control the narrative told about their own lives. 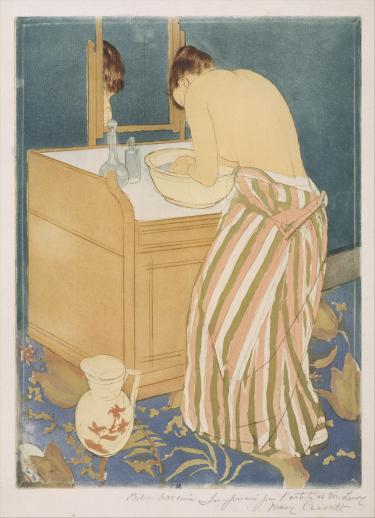 In her honors thesis, Castro examined the 19th century paintings of bathers by Mary Cassatt.

Castro cited two of her favorite contemporary female artists who are working toward this end: Tomoko Sawada and Amanda Charchian.

Sawada, a Japanese photographer and performance artist, photographs herself to comment on women’s self-identity and how women are judged on their appearances. Charchian, a Los Angeles-based photographer and mixed-media artist, is known for taking pictures of nude women artists in mystical landscapes to empower the female nude.

While a CU Boulder student, Castro completed a study-abroad program at the Umbra Institute in Perugia, Italy, and she earned her certificate in applied business from the CU Leeds School of Business.

After graduation, Castro will be finishing the application process for graduate school. She is applying to Georgetown University, New York University, the City College of New York, and the University of Denver. Meantime, she will also continue working at the Boulder Museum of Contemporary Art.

If she could choose her career, she’d direct the New York City’s Metropolitan Museum of Art. “If I’m going to have a dream job, I want it to be grandiose,” she said.

Three University of Colorado Boulder professors have won prestigious fellowships from the American Council of Learned Societies. The three are among 69 fellows chosen from 1,100 applicants. END_OF_DOCUMENT_TOKEN_TO_BE_REPLACED 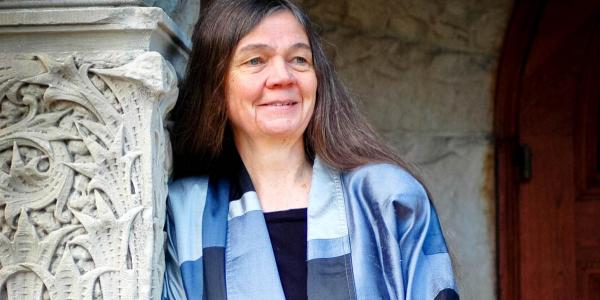 Renowned historian honored for her work bridging the gap between academics and the general public. END_OF_DOCUMENT_TOKEN_TO_BE_REPLACED 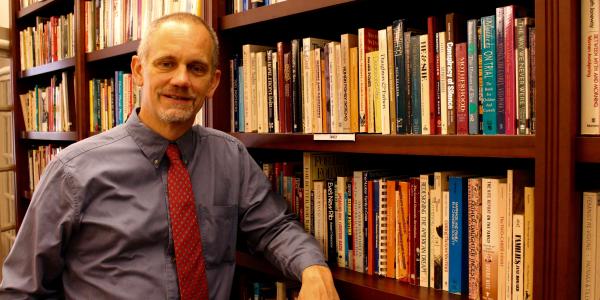 Valerio Ferme, professor of Italian and associate dean for the arts and humanities at CU Boulder, believes that a liberal arts education not only prepares students to adapt to a constantly shifting economic landscape, but also enriches their human experience. END_OF_DOCUMENT_TOKEN_TO_BE_REPLACED
Tags:
Return to the top of the page