A story of mistaken identities and love at first sight, “Twelfth Night” is the original romantic comedy. In the kingdom of Illyria, a shipwrecked Viola dresses in men’s clothing to find work and turns the court of Duke Orsino upside down. Chock full of poetic soliloquies and hilarious farce, it’s William Shakespeare at his finest and funniest. 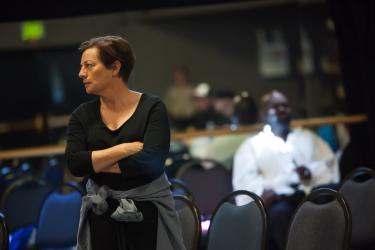 “To run this exquisite writing through the minds and hearts of eighteen strong and curious young women will no doubt offer some rare and rich rewards,” Wolpe says. “I think the gender flip will provide an opportunity for another level of wit and wordplay. It can offer both a hilarious and intelligent examination of class and gender expectations and stereotypes.”

For four centuries, Shakespeare’s world hasn’t welcomed women warmly. In the Bard’s time, women didn’t perform on stage; instead, men donned makeup and dresses to perform the few female roles in each play. But even as that changed, many women grew frustrated to find that few of Shakespeare’s female characters, including title roles, were as meaty and complex as the male counterparts.

“I think women have become rather strong in the theatre scene, and they’re looking for more of a story to play,” says Wolpe. “Playing a larger Shakespearean role is certainly in the capacity of any woman I know.”

And if anyone can say that for certain, it’s Wolpe. She founded the Los Angeles Women’s Shakespeare Company more than 20 years ago, and her passion for giving women the spotlight on stage has sparked trends in New York, in London and all over the world.

Wolpe says there’s never been a better time to experiment with gender bending or to explore the complexities of personhood and identity on stage.

“People have become very passionate about individuality and about being vocal and strong as a woman, which society has shunned in the past,” Wolpe says. “Those are great themes to explore in a play where everything’s topsy-turvy, where the king is a fool and the fool is a king.”

While “Twelfth Night” is chock full of complex themes, it’s as comedic as it is cerebral. At its heart, the play is a hilarious romp bursting at the seams with both swordplay and wordplay.

“‘Twelfth Night’ is a brilliant comedy with imaginative, exaggerated characters—clowns, pirates, drunkards, lovers and fools,” Wolpe says. “We have a terrific cast of fascinating actresses and a really talented design team. I have no doubt that we will come up with something surprising and new.”

All events take place in the University Theatre.

Tickets for “Twelfth Night” start at $20. To purchase tickets, visit the CU Presents box office in person (972 Broadway), call 303-492-8008 during business hours or visit us online anytime. Note: All online and phone orders are subject to a service fee. To schedule interviews or for other media information, contact Jill Kimball at jill.kimball@colorado.edu. 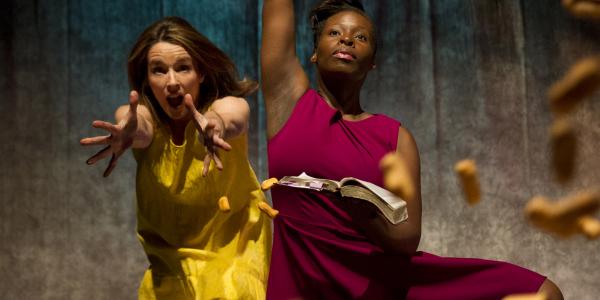 Arneshia Williams, an MFA candidate in dance at CU Boulder, didn’t get any formal training in her craft until adulthood. Before that, she learned everything she knew about dance from services on Sunday mornings. END_OF_DOCUMENT_TOKEN_TO_BE_REPLACED 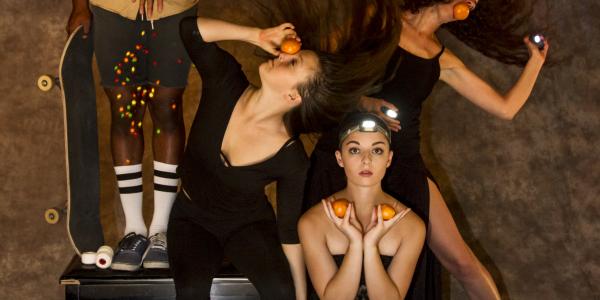 Continuing the exciting 2016-17 dance season at CU Boulder is “Boneless,” a showcase of two works by MFA students intent on uncovering who we really are underneath our society’s thick layers of commercialism and social standards. END_OF_DOCUMENT_TOKEN_TO_BE_REPLACED

Does your stomach experience toil and trouble at the memory of a pinched and scolding high-school English teacher peddling Bardic cod-liver oil? Does the idea of seeing a Shakespeare play threaten to put you to sleep, perchance to dream? Well, “You haven’t seen ‘Hamlet’ until you’ve seen a 10-year-old do ‘Hamlet.’” END_OF_DOCUMENT_TOKEN_TO_BE_REPLACED
Tags:
Return to the top of the page