Visiting Scholar in Conservative Thought and Policy is disappointed by the state of political discourse, aims to help to improve it while at CU Boulder

Francis Beckwith, the 2016-17 Visiting Scholar in Conservative Thought and Policy, is now on campus teaching courses, arranging the appearance of guest speakers on campus. He is the fourth person to hold the one-year visiting-scholar position.

Beckwith earned a PhD in philosophy from Fordham University and a master of juridical studies from the Washington University School of Law in St. Louis. He is professor of philosophy and church-state studies at Baylor University in Texas.

Beckwith recently won the American Academy of Religion’s 2016 Book Award for Excellence in the Study of Religion in the category of Constructive-Reflective Studies. The academy recognized Beckwith’s book Taking Rites Seriously: Law, Politics, and the Reasonableness of Faith, published by Cambridge University Press in 2015.

The American Academy of Religion’s awards for excellence honor new scholarly publications that make “significant contributions to the study of religion,” particularly those of “distinctive originality, intelligence, creativity and importance.” The awards will be formally presented at the academy’s annual meeting in November.

Beckwith fielded five questions about his book, his appointment and the state of political discourse. Following is the exchange:

I think the most common misunderstanding is that the views of religious citizens, especially on contested public questions, are never the result of rational reflection. There are numerous U.S. Supreme Court opinions over the past 70 years in which some of the justices treat religiously informed views in this fashion. So instead of thinking of the separation of church and state as a wonderful institutional arrangement that allows for the flourishing of religious diversity and a robust and active religious citizenry, it is presented as if it were a proxy for the separation of faith and reason. That’s not to say, of course, that there may not be religious views that one may think are in fact unreasonable. But, as I argue in the book, there’s no one-size-fits-all way to figure that out. 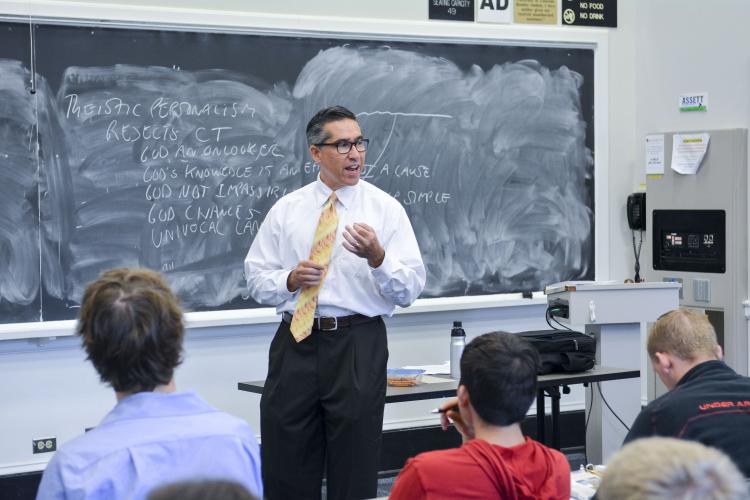 Francis Beckwith, this year's Visiting Scholar in Conservative Thought and Policy, teaches a course in "Philosophy and Religion" this semester. University of Colorado Photo by Patrick Campbell.

2.      You were reared Catholic and later became an evangelical leader who rather famously returned to the Catholic Church, thereby generating a good deal of feedback. For those who might not understand the intensity of the reaction from some Protestants, how would you characterize the relationship between Catholicism and Protestantism today?

Although there was indeed intense reaction from some Protestants, many others reacted with a great degree of charity and kindness. But I think both reactions are entirely defensible. If someone thinks it was a horrible mistake for me to revert back to Catholicism, I would be surprised, and disappointed, if they had not reacted intensely. I have too much respect for serious Protestant believers to expect any of them to pretend as if their own beliefs are false.  On the other hand, there are many Protestants who, though disagreeing with my reversion, continue to remain my good friends and academic collaborators.

As for the relationship between Catholics and Protestants, it is in general very good, especially in comparison to 40 or 50 years ago. There are, of course, religious divisions in this country, as there have always been. But, ironically, the divisions are probably more pronounced between traditional and progressive factions within specific religious communities rather than between the communities themselves. So what results is the odd phenomenon in which certain factions of American Protestants hope that a Catholic candidate for public office agrees with the Pope on social issues while certain factions of Catholics hope the candidate doesn't.  This would have been unimaginable in the 1940s or 1950s.

3.      You are this year’s Visiting Scholar in Conservative Thought and Policy: How did your religious and academic training shape your views on or understanding conservatism?

Probably my most formative influence is the family in which I grew up. My parents were regular mass-attending Catholics who were conventional Democrats. So they had both a sense of historical continuity with tradition as well as an appreciation for the role that government could play in making society more just. My siblings and I were always encouraged by our parents to read, discuss and debate the political and social issues of the day. So this sort of openness made it seem perfectly natural for me to explore conservative ideas as I entered my mid-20s.

4.      When you were appointed to this position earlier this year, you made this statement: “With a presidential election upon us, an unexpected Supreme Court vacancy changing the year’s political trajectory, and so many public questions with which to wrestle, I cannot imagine a more exciting time to be the Visiting Scholar of Conservative Thought & Policy at the University of Colorado.” Do you think the political discourse in the United States is adequately wrestling with these issues?

Whether one is a conservative, a liberal or a progressive, you can create your own cognitive cocoon. You can literally edit out of your life web sites, networks, radio shows, newspapers, etc. that may challenge your point of view and/or push you out of your comfort zone."

I don’t think so. And I think the main reason is because it has become much easier to insulate oneself from the more thoughtful versions of contrary points of view. Whether one is a conservative, a liberal or a progressive, you can create your own cognitive cocoon. You can literally edit out of your life web sites, networks, radio shows, newspapers, etc. that may challenge your point of view and/or push you out of your comfort zone. Combine this phenomenon with the fact that virtually all news is presented as if it were a form of entertainment intended to move the emotions rather than the mind, what results is a toxic brew that makes clear thinking and serious debate nearly impossible.

5.      Also at the time of your appointment, you praised the university’s leadership for striving to “create an environment in which true intellectual diversity can flourish.” In the short time you’ve been on campus, have you made any observations on the state of its intellectual diversity?

My first couple of weeks on campus have been terrific. I’ve interacted with many members of the campus community in a variety of contexts, including new faculty orientation, teaching my classes, meeting with students, and leading a lunchtime seminar in the philosophy department. Obviously, my experience has been limited, but from what I have seen so far I’m pretty impressed with the campus environment. I have been especially taken by how some faculty members and graduate students have gone out of their way to offer me a warm welcome.

The Visiting Scholar in Conservative Thought and Policy is housed in the Center for Western Civilization, Thought & Policy at CU Boulder. The program has upcoming events scheduled, and interested people may stay abreast of events by subscribing to the CWCTP newsletter. The program’s next events include the following: George Yancey of the University of North Texas will give a presentation titled "Conservatives in Academia: Is there bias against them?" on Sept. 21; and a panel of experts will discuss "Why are College Professors Liberal?" (a Western Civ Dialogue Series Event) on Sept. 22. Francis Beckwith's next public speaking engagement, titled  "The Future of Conservatism" will be held on Oct. 17 at Colorado Christian University. 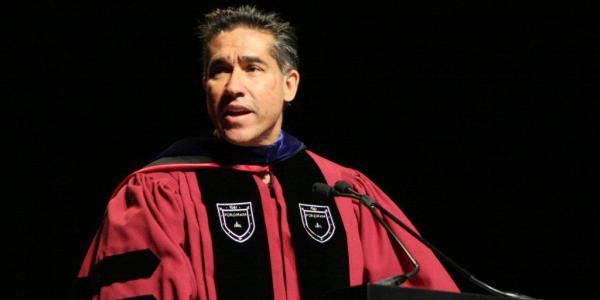 Francis Beckwith will serve as the Visiting Scholar in Conservative Thought and Policy for the 2016-17 academic year. He is the fourth person to hold the position. END_OF_DOCUMENT_TOKEN_TO_BE_REPLACED 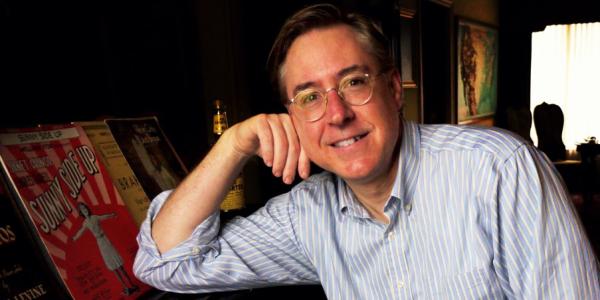 The Democratic Party, which presents itself as a vanguard of working people, has become an elite meritocracy that has lost touch with its roots, argues Thomas Frank, a journalist and author of the bestselling book What’s the Matter with Kansas? END_OF_DOCUMENT_TOKEN_TO_BE_REPLACED
Issue: Fall 2016
Tags:
Return to the top of the page