Ah, Shakespeare. Whether one loves, despises or fears the work of the immortal bard of Stratford-upon-Avon often depends upon the manner of first exposure.

Does your stomach experience toil and trouble at the memory of a pinched and scolding high-school English teacher peddling Bardic cod-liver oil? Does the idea of seeing a Shakespeare play threaten to put you to sleep, perchance to dream — or rather, to give thee life?

“Shakespeare has so much to offer, and I think so many people find it scary and inaccessible because teachers get caught up in teaching everything it has to offer,” says Hadley Kamminga-Peck, who earned her PhD in theater from the University of Colorado Boulder in 2015.

They love the jokes. They think it’s the funniest thing when characters get themselves into stupid situations. ‘No!’ they say. ‘He’s being dumb!’”

But for a crash course in just how accessible, appealing and fun Shakespeare can be, there are few better places than the Colorado Shakespeare Festival’s smashingly successful summer programs for children, Camp Shakespeare for 10- to 18-year-olds and Shakespeare’s Sprites, for ages 6-9.

“They love the silly characters. They love Malvolio with his stockings (from ‘Twelfth Night’) and Bottom with his donkey head (‘A Midsummer Night’s Dream’),” Kamminga-Peck says of the Sprites she’s worked with since the program for younger children began six years ago. “They love the jokes. They think it’s the funniest thing when characters get themselves into stupid situations. ‘No!’ they say. ‘He’s being dumb!’”

CSF has offered education programs for kids for nearly two decades, but its summer camps have really taken off in the past five years under the tutelage of Director of Outreach Amanda Giguere and Producing Artistic Director Timothy Orr. More than 100 spots — 24 for Sprites and 80 for two sessions of Camp Shakespeare — fill up in early spring each year.

The emphasis is decidedly on fun and performance. Several years ago, Giguere organized the camps around performances of plays being staged by the company each season. In 2012, they began holding performances on the same Mary Rippon Outdoor Theatre stage used by the professionals each night. Teachers are hired from each summer’s CSF company.

“We used to stage the final performances on the lawn, but realized what a great experience it is for the kids to fill that space vocally and feel what it is like to perform for a large audience,” Giguere says. “It’s pretty cool for the students to be performing on the stage where their teachers are often performing in the evening.”

Students also take lessons in stage combat and fisticuffs from the same fight coaches who work with the professional company.

Sprites’ sessions are morning-only, focusing on “silly games, silly activities, arts and crafts. It’s really a fun way into Shakespeare that they won’t get in school,” Kamminga-Peck says.

Many Sprites move on to Camp Shakespeare, and though it’s not a focus, both CSF and the CU-Boulder Department of Theatre and Dance have turned to camp participants when seeking child-actors for productions. In recent years, students have performed in productions of “These Shining Lives,” “Fiddler on the Roof” and other plays at CU.

In 2016, camp participants will take an even deeper plunge into Shakespeare’s works to take advantage of a remarkable opportunity: From Aug. 8-31, “Mr. William Shakespeares (sic) Comedies, Histories, & Tragedies,” aka the First Folio, published in 1623 will be displayed at the CU Art Museum.  The folio was the first complete collected edition of Shakespeare’s plays, published seven years after his death.

“In anticipation of the visit of the First Folio, our teenage classes will be working from scripts taken from the folio versions” of the plays, Giguere says.

Interns will cut the plays to 45-minute versions and make changes for readability, but will use folio spelling and punctuation — “They are not editing, just changing things like those funny s’s that look like f’s,” Giguere says. “It will be fun to see how or if it impacts the performances at all.”

Through it all, you might say learning happens almost by osmosis.

“I think the huge power of early exposure to Shakespeare means a child is not going to have a lifelong fear of the Bard. You encounter so many adults these days who have that fear, because of this idea we have to be overly reverent, that the text is somehow precious or sacred,” Giguere says. “One of the greatest things in my job is seeing the kids wrestle with the text and bring to life playable, breathable stories. Plus, it’s fun. You haven’t seen ‘Hamlet’ until you’ve seen a 10-year-old do ‘Hamlet.’”

For more information, go to coloradoshakes.org/education

Beginning in spring 2017, CU Boulder becomes the first university in the nation to offer a graduate certificate in Applied Shakespeare. END_OF_DOCUMENT_TOKEN_TO_BE_REPLACED 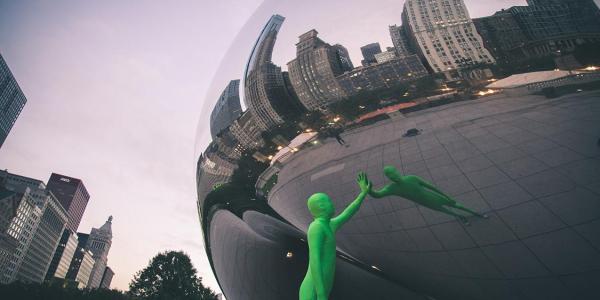 On all seven continents, people are popping up covered head-to-toe in green. They're doing so at the behest of CU Boulder Associate Professor Beth Osnes END_OF_DOCUMENT_TOKEN_TO_BE_REPLACED 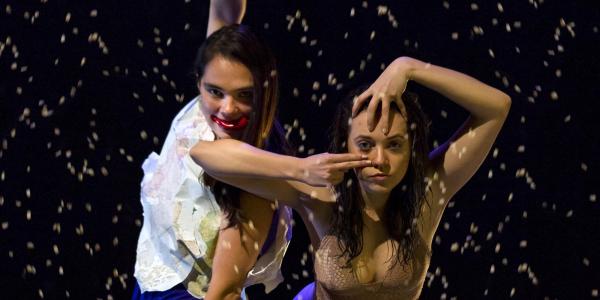 Joint MFA dance recital explores the many facets of feminism END_OF_DOCUMENT_TOKEN_TO_BE_REPLACED
Issue: Summer 2016
Tags:
Return to the top of the page