When Peter Blanken flew to Paris for the 2015 United Nations Climate Change Conference in December, he had somewhat low expectations.

“Going into it, I felt pessimistic,” says Blanken, associate professor of geography at the University of Colorado Boulder, who was one of 10 official observers selected by the Association of American Geographers. 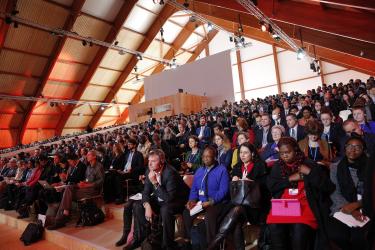 Peter Blanken, front row to the left of the aisle, at COP 21

And who could fault his pessimism? Global atmospheric concentrations of carbon dioxide surpassed 400 parts per million for the first time in 800,000 years in 2015, while experts were warning a decade ago that 350 ppm might be a point of no return. In the United States, widespread skepticism about climate change persists despite an overwhelming scientific consensus that human activity is causing a steady rise in global mean temperatures.

And, when he arrived for the conference, he heard representatives from some 200 countries describing impacts that were already occurring.

“At this meeting, there was no ambiguity. We have flooding, people starving, we have climate refugees. But it was good to hear, because there was a strong sense that if we don’t do something in these two weeks (of the conference), it will be too late,” says Blanken, whose research focuses on carbon fluxes over forests, lakes and wetlands.

Which isn’t to say there weren’t extremely tricky areas of disagreement and lots of careful negotiation. For example, discussions included how to compensate less developed countries that would like to have the kind of economic growth and prosperity seen in the West, development that carries a heavy carbon price tag; doubts about whether carbon credits and trading are fair and loophole free; whether to settle on a goal of 1.5- or 2-degree Celsius global temperature increase by century’s end; and whether any agreement should be legally binding and non-adherents punished in some way.

At CU, we have a lot of people doing good work in the science of climate change. Even at this politically oriented conference, I realized that science really does have an impact and does make it into the policy world.”

Nonetheless, Blanken left the conference feeling optimistic. The conferees settled on 1.5 degrees Celsius, and each signatory nation not only had to provide a detailed plan of action to reduce carbon emissions, but also agree to a five-year evaluation on progress.

The Paris agreement must now be ratified by a majority of nations that emit 55 percent of the world’s carbon by April. President Barack Obama, who faces deep skepticism and opposition among Republicans about climate policy, has said he believes the U.S. could ratify the agreement, which is not a treaty, by executive authority.

As much as anything, Blanken came away encouraged that the work he and his colleagues are doing matters.

“I had a student in the fall (in his biometeorology class) who came up to me and said, ‘You are one of the reasons I go to CU. Professors at CU have the stature to go to these types of important meetings,’” he says. 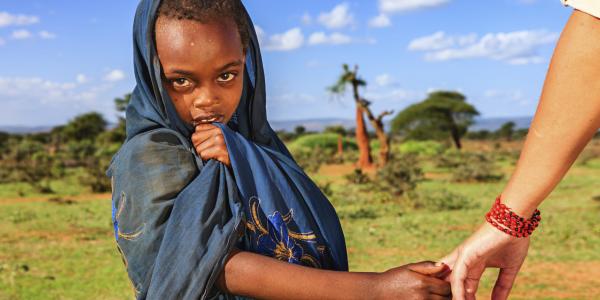 Generally, ‘voluntourism’ is a poor substitute for traditional development work. Most projects are short-term, organizations that promote voluntouring don’t always ‘understand the place where it happens,’ and travelers typically don’t have skills needed for particular projects, researchers find. END_OF_DOCUMENT_TOKEN_TO_BE_REPLACED 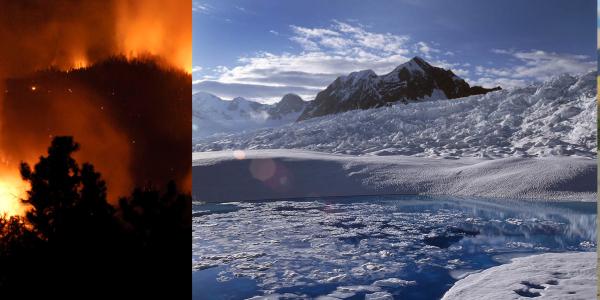 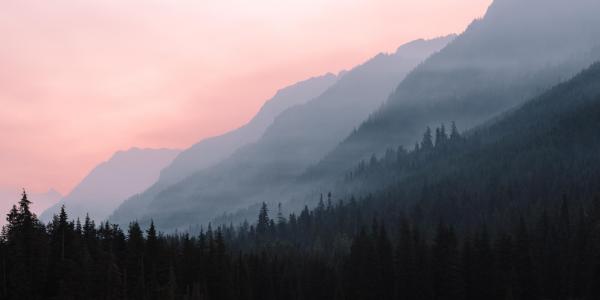 Questions remain about the respiratory risk posed to a fifth of the United States population by increasing wildfires—but a CU Boulder researcher is trying to clear the air. END_OF_DOCUMENT_TOKEN_TO_BE_REPLACED
Issue: Spring 2016
Tags:
Return to the top of the page