CU grad student finds water infrastructure in rural China is linked not only to government aid, but also to urban connections and motivation.

Regardless of rainfall or government-built infrastructure, the availability of drinking water in rural Chinese villages varies based on villagers’ ingenuity, “circular migration” patterns, and maintenance of water infrastructure, a University of Colorado Boulder graduate student has found. 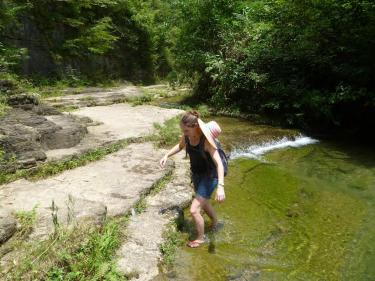 Originally from Boulder, Elise Pizzi became interested in water access because it’s such an important issue in the American West. Pizzi is a Fulbright scholar who recently defended her dissertation for her Ph.D. in political science at the CU-Boulder. The Fulbright scholarship promotes “international good will through the exchange of students in the fields of education, culture, and science.”

“Growing up in Colorado, [water] is always something you’re aware of,” says Pizzi, whose dissertation focused on rural drinking-water access in China.

Contrary to her expectations, Pizzi found that Chinese villages with higher migration rates tend to have better water provisions. This is because residents in rural China often engage in “circular migration,” temporarily and repetitively migrating between their home and location of work.

Circular migrants have more urban expertise and exposure to government programs, and they ultimately demand more attention and resources from the federal and county government for water infrastructure in their home towns.

This is especially important considering China’s high rates of rural-to-urban labor migration and that common water sources are managed at the village level. Each village needs its own system, because there is no centralized water system.

When well-educated, working-age adults leave villages en masse to work in cities, they leave behind elderly people and children.

“Because of this, I thought I would find that the rural villages with more labor migration would be worse off over all,” Pizzi says.

We were in an incredibly rainy area and there was so much water available. There is no reason why we [sh]ouldn’t have had water 24 hours a day, and yet we couldn’t get it together.”

Instead, she found that people migrating to the cities aren’t just forgetting about or leaving their villages behind.

“I definitely observed such people being more active in making the place better and demanding that the government make it better,” Pizzi says.

Additionally, Pizzi’s interviews with people in cities revealed that urban people “prefer to work with people who have experience in the cities. They say it’s just easier to work and coordinate with those who have lived in the city,” she says. 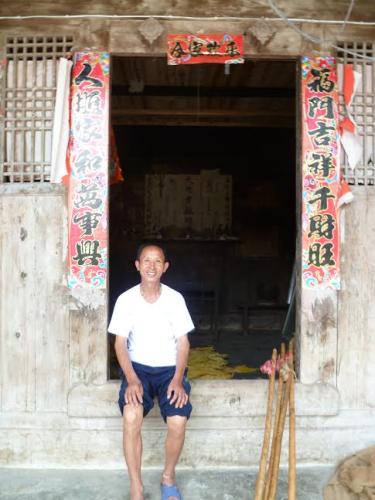 Because of this, towns with more urban migration, experience and connections tend to get more access to resources.

During Pizzi’s 10-month-long fieldwork, she often walked from village to village to study drinking water access in rural villages.

“Ideally this research would include randomly selected villages,” Pizzi says. “But there was no real exhaustive list of villages.”

Instead, she selected Shi Bing County in southern China. Pizzi’s main contact connected her with people there.

She went to villages in Shi Bing County to tour water facilities and ask residents basic questions such as, “Where do you get your water? Is it reliable?”

The language barrier was problematic for Pizzi. Now proficient in Mandarin, she wasn’t when she first arrived. Although she had studied Mandarin in college and even lived in China, it had been several years since she had practiced speaking the language.

During her research, she had to rely on her rusty Mandarin, because potential field assistants were often too busy with their own research to go with her.

Pizzi found that Shi Bing County, and China in general, has many water-access constraints, including geological and geographical.

Despite the county’s many springs and rainy summers, the scarcity of rainfall in the winter causes many springs to dry up throughout the year.

The Chinese government could—and often does—provide infrastructure to store water, but villages have to maintain their own water facilities, and some villages are more successful than others.

“People in rural China are not dying of thirst,” Pizzi says. “But for some villages, water access is more convenient than for others.” 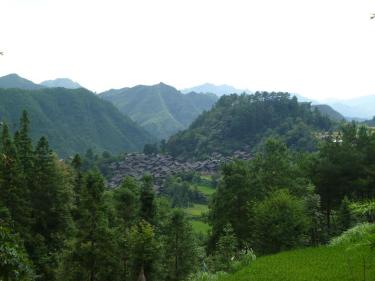 The inconvenience of not having some coordinated water source year-round means that during the dry season, some villagers have to go into the next village for water.

“This can be hard when you just have old people and children left. Having no easy access to water can be a big burden,” Pizzi says.

Pizzi learned this firsthand while in the Peace Corps in a rural area of the Republic of Georgia.

While her community had a well and a provision of electricity, they continuously ran a pump from the well. Then they had to start paying for electricity, and instead of the pump, they opted to use city water, which was only available two hours each day.

“We were in an incredibly rainy area and there was so much water available. There is no reason why we [sh]ouldn’t have had water 24 hours a day, and yet we couldn’t get it together,” Pizzi says.

Similarly, southern China is water-rich, relative to northern China, but it does not have continual, year-round water access.

Pizzi says the Chinese government is not necessarily to blame, though.

In China, there is a lot of effort on the part of the government and villages to ease this burden, but some villages are too small and remote for the government to feasibly implement a system that supplies convenient, year-round water to them all. 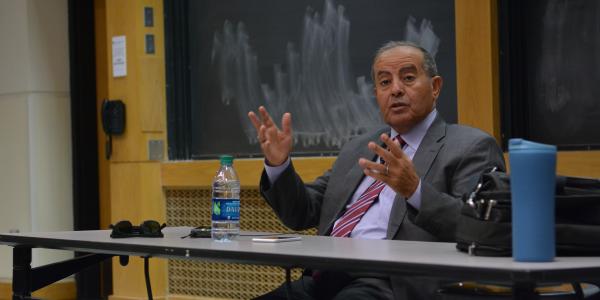 Five years after the Arab Spring uprisings rocked the Middle East, former Libyan Prime Minister Mahmoud Jibril offered University of Colorado Boulder students a front-row perspective on the protests’ genesis, their shortcomings and the lessons the world should absorb in the coming decades. END_OF_DOCUMENT_TOKEN_TO_BE_REPLACED 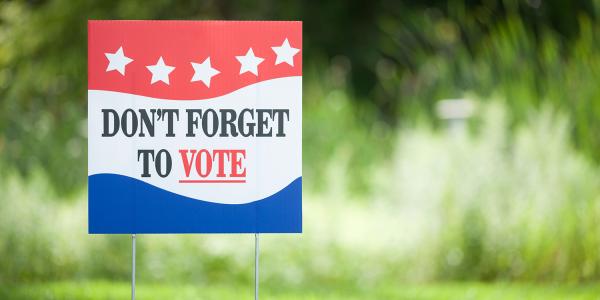 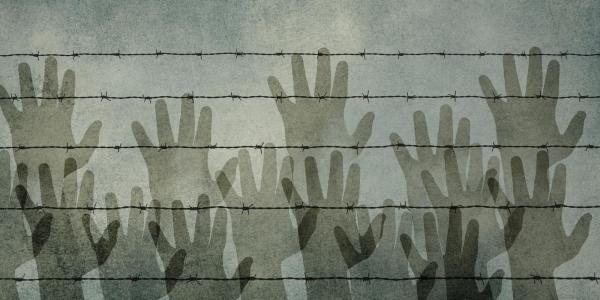 Political scientist Adrian Shin and UCLA colleague find that rising levels of inequality have opposite effects on immigration policies in wealthy vs. developing economies. END_OF_DOCUMENT_TOKEN_TO_BE_REPLACED
Issue: Winter 2015
Tags:
Return to the top of the page