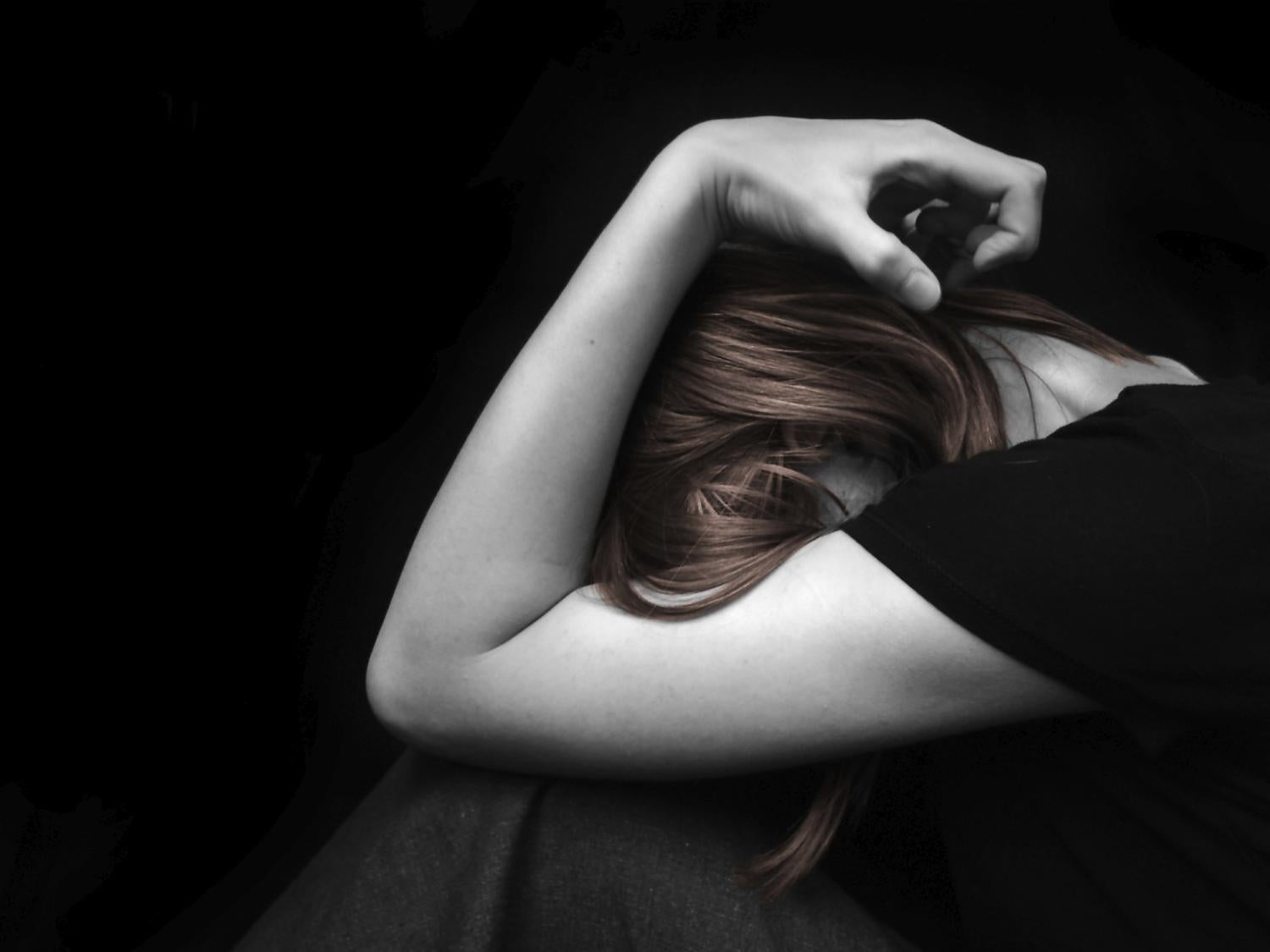 While numerous studies published since the 1970s have documented gender-based violence against college women, much nonviolent gender-based abuse goes unreported by victims and unaccounted for by experts, University of Colorado Boulder researchers report.

These forms of abuse are under-reported in part because victims may believe their own behavior precipitated the abuse.

The researchers have coined a term to describe this abuse: Stealth Gender-Based Abuse—or SGBA. Encompassing a wider range of behaviors than what is defined as gender-based abuse, SGBA can take many forms, including “incapacitated rape” and verbally coerced rape. These forms of abuse are under-reported in part because victims may believe their own behavior precipitated the abuse. 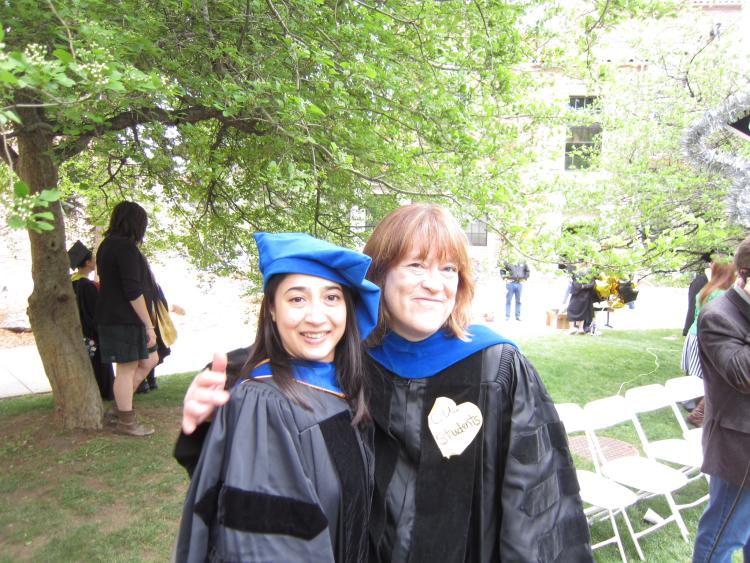 Sociology Professor Joanne Belknap and her recently graduated doctoral student Nitika Sharma co-authored the study, “The Significant Frequency and Impact of Stealth (Nonviolent) Gender-Based Abuse Among College Women,” which was published in May in the journal Trauma, Violence, & Abuse.

Belknap has a Ph.D. in criminal justice and has secured almost $2 million in grant money for her research. After recently graduating from CU-Boulder, Sharma began working as a post-doctoral researcher at Northern Arizona University’s Family Violence Institute.

Studies indicate that 8 percent to 28 percent of college women will be raped during college, but other forms of abuse can be devastating as well, Belknap says. She and Sharma contend that people should be aware of the harm and willing to change old attitudes.

One common form of Stealth Gender-Based Abuse is “incapacitated rapes,” those where the victim is too drunk or high to be able to consent to sex, but “while incapacitated rapes are far more likely to occur than physically forced rapes, they are often left out of study questions,” Belknap says.

She also notes that almost all stalking tactics are non-violent and fit into SGBA, but that stalking as a whole is often minimized by society and the legal system.

“Because it isn’t violent, it is seen as harmless,” she says.

As a professor teaching criminology and gender classes, Belknap’s undergraduates routinely tell her about incidents of SGBA, such as abusive partners sabotaging women students’ friendships, family relationships, education and jobs.

“It seems minor, but this low-level, continuous stuff is abuse,” Belknap says.

Because studies don’t ask students about these kinds of incidents, and because victims are unlikely to self-report, SGBA is not appropriately represented in the frequencies or risks of abuses of college women, she says.

Belknap emphasizes that the mass media and popular culture influence attitudes about relationships and abuse. She notes that the main character in the popular book “Fifty Shades of Grey“ is a woman college student experiencing numerous forms of SGBA that is eroticized in the book.

"Not only do criminal legal system actors often fail to take SGBAs seriously, but friends, family, coworkers, the abusers and the victims sometimes minimize these offenses because they are not violent.”

She applauds the incoming student trainings conducted at CU-Boulder and many other campuses that address SGBA, particularly regarding incapacitated rapes. She would like to see more resources and efforts to expand these trainings.

With respect to incapacitated rapes, Belknap says one of her goals is to change society’s message that women who drink deserve, or should expect, to be raped.

“It’s really complicated, because our values don’t actually change when we’re drinking, yet it gives people an avenue to argue they’re not responsible for their actions. So at the same time that offenders are typically let off of the hook for incapacitated rapes, the victims are blamed for them,” she says.

Belknap also cautions that marginalized people, whether due to gender, sexual identity, race or a disability, often experience increased risks of SGBA.

“Any identity that makes someone stigmatized or isolated makes them more vulnerable for people targeting them,” she says. “It is important to listen to them and prevent marginalization.”

She admits her study focuses only on women who are able to attend college, but she maintains that all women benefit from research on these issues in college.

“Universities are ideal springboards for influencing policy on stealth and other abuse, because most of us doing this research are at universities with students,” Belknap says. “If we can’t address sexism, racism, campus rape and so on in college classes, where can we?”

“Not only do criminal legal system actors often fail to take SGBAs seriously, but friends, family, coworkers, the abusers and the victims sometimes minimize these offenses because they are not violent,” the authors write.

“Prevention is key (with more training and awareness), but so are campus policies, and campus, police, and court responses to these serious abuses of college women.”

In class, Belknap used to cite studies indicating that fraternities were microcosms of rape culture, until her research and that of others revealed something different. She found that individual fraternities and sororities have unique cultures, even across one campus.

Some can condone rape and pose high risks for women attending their parties, while others can foster more gender equality, where rapes don’t occur, Belknap says.

Belknap continues to learn about the nuances of rape and Stealth Gender-Based Abuse through research.

“I’m not a therapist, but I am an advocate for students on campus,” she says. She encourages anyone who has been victimized to go to CU’s Office of Victim Assistance.

Belknap, president of the American Society of Criminology, recently published the fourth edition of her book “The Invisible Woman: Gender, Crime, and Justice.” She has won numerous research, teaching and service awards, most recently the 2014 Sociology Graduate Mentor of the Year and the 2014 Boulder Chamber of Commerce Women Who Light the Community Award for her work with FOCUS, a program for inmates coming out of the Boulder County Jail.

Office of Victim Assistance
(303) 492-8855
assist@colorado.edu(DPG): Much like a designated driver, a designated party-goer makes sure everyone gets back from the party safely.

Original art work that is part of the MFA exhibition that is the result of... END_OF_DOCUMENT_TOKEN_TO_BE_REPLACED

The Sutherland Bipolar Center has helped more than 2,100 Coloradans affected by bipolar disorder, regardless of their ability to pay. END_OF_DOCUMENT_TOKEN_TO_BE_REPLACED
Issue: Fall 2014
Return to the top of the page