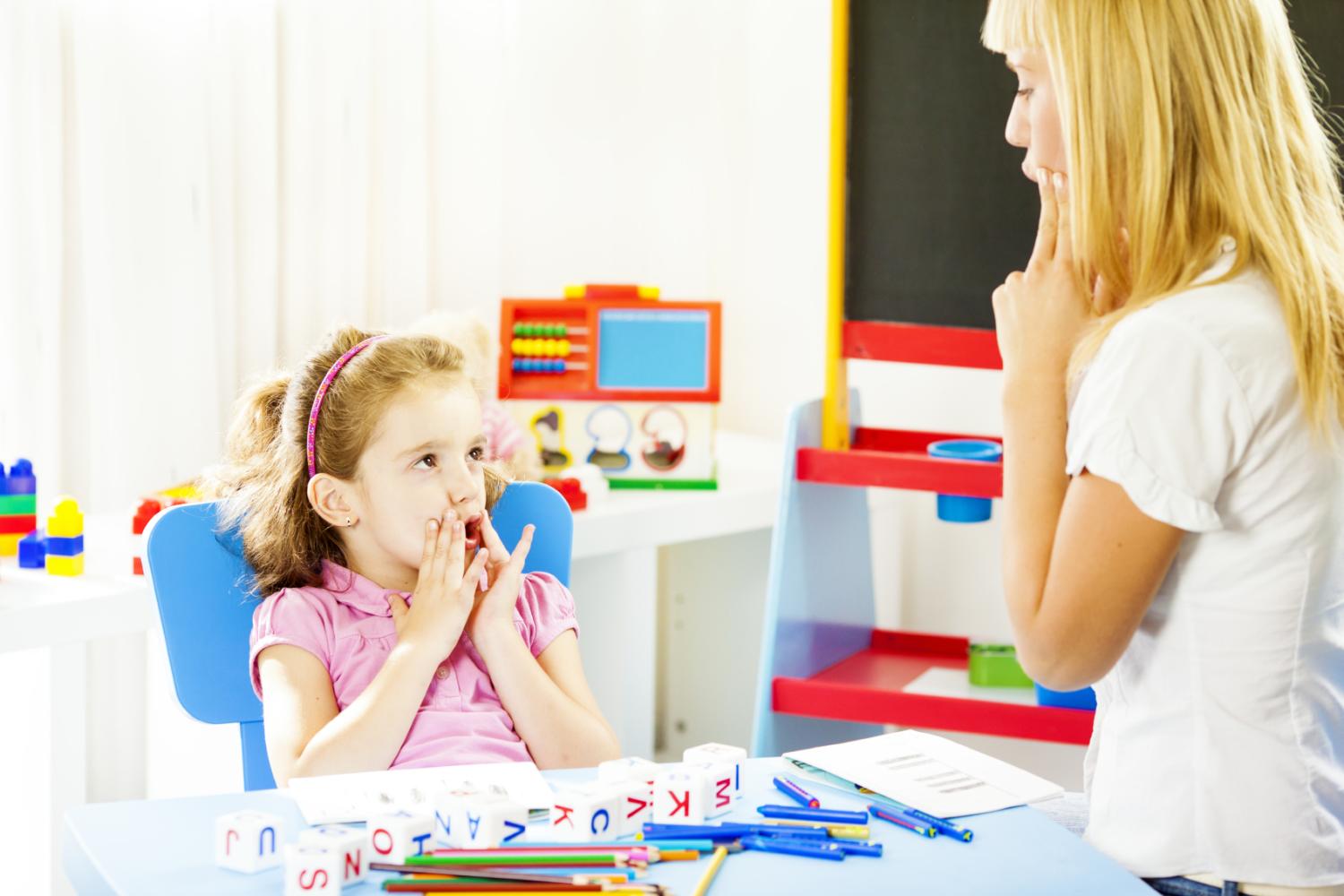 In some areas of Colorado, the need for qualified speech-language pathologists outstrips the demand, but CU-Boulder is helping to fill the gap

For school districts all over Colorado, Speech-Language Pathologists (SLPs) play an important role in diagnosing and helping students to overcome a bevy of speech, language, hearing and learning impairments that impact their academic success. But in some areas, especially rural parts of the state, there are often too few qualified professionals to fill the need.

Getting qualified SLPs into under-served or less-urban parts of the state has proved challenging, according to Gail Ramsberger, chair of the Department of Speech, Language and Hearing Sciences (SLHS) at the University of Colorado Boulder. 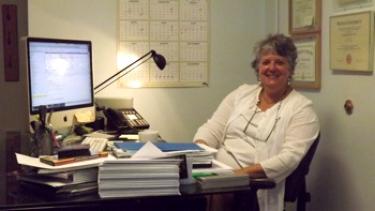 “We graduate about 30 master’s level students each year,” says Ramsberger, “but they often don’t want to move to the communities with the greatest needs. Most prefer to live in urban areas.”

Since the state requires districts to provide SLP services to children with identified needs, the issue is critical for Colorado.

“A group of leaders from CU-SLHS, the Colorado Department of Education, Colorado Boards of Cooperative Educational Services, and the two other universities in Colorado that offer SLHS as a major stated talking about this challenge about five years ago.

Out of these discussions came the idea of developing a program that would help prepare speech-language professionals to serve the communities with needs,” says Jen Lewon, SLHS assistant clinical professor. 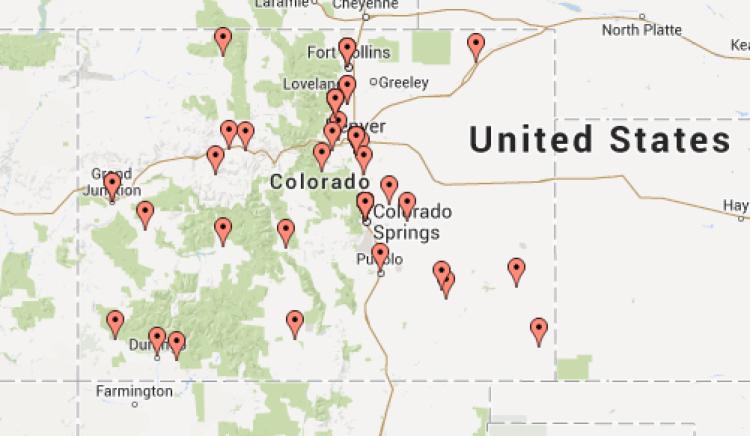 “The idea was to train people within the community, to home-grow the qualifications with the community, rather than trying to convince people to move to rural communities,” says Ramsberger.

And so was born the CU-SLHS Speech Language Pathology Prerequisites Program (SLPP), a group effort between CU-Boulder, Metropolitan State University and the University of Northern Colorado. Thousands of children in Colorado, according to Ramsberger, were either not being served or were underserved because of the shortage of SLPs. Now, thanks to the SLPP, that trend is stating to turn around.

The SLPP is designed to provide “leveling courses” to those with bachelor’s degrees in other disciplines so they can begin their graduate work or enter a Speech-Language Pathology Assistant program. CU-SLHS also offers an online SLPA program, and there are several online options at other universities for the master’s degree.

“When they finish the prerequisites, they can stay at home in Lamar or wherever they are and continue their education through other online programs, or they can apply for a two-year residential master’s degree program,” says Ramsberger.

The program not only helps the underserved students of rural Colorado but also those who want to become SLPs but aren’t prepared to move from their communities.

Ramsberger says the program is designed to cater to non-traditional students. Once admitted, they take two courses per semester for four semesters, a reasonable load for working students – about 94 percent of those in the program.

“So it works well for people who need to make a living while going to school,” says Ramsberger.

Betty Neal was 54 when she started the SLPA program three years ago. She said she was changing careers after 34 years in the ski marketing business and had specific criteria for her next career. 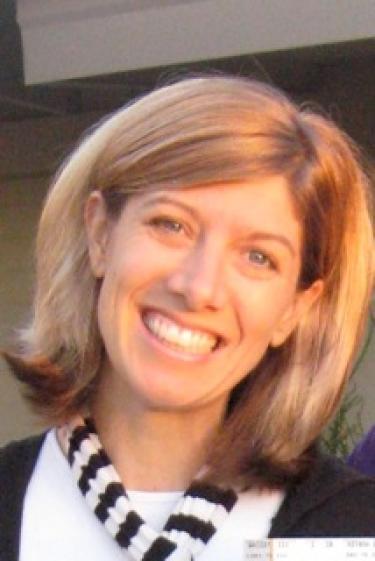 “At my age I wanted my next career to be meaningful and something where there would be a definite job market,” says Neal.

Neal says the SLPP program was perfect for her because, as the mother of a middle-school student living in Eagle, moving wasn’t an option.

After completing the prerequisite program, she enrolled in CU’s online program to become an SLPA and was hired immediately after finishing. Now she’s in graduate school at UNC through the distance-learning program and says she couldn’t be happier with the decision.

“I loved it,” says Neal. “It was extremely rigorous.”

Although the program is only five years old it is already popular, according to Lewon.

“We have about 100 applicants per year for 38 slots,” she says. “It’s hard to pick. There are so many qualified people who are wanting to do this.”

And it’s already making a real impact on the statewide need for SLPs. Susan M. Moore, clinical professor at CU-Boulder and director of the Speech Language Pre-requisite Online Program says the program has recently enrolled and placed students from Durango, Grand Junction, Eagle County, Montrose, and in Lamar as well as Northwest Colorado and all along the Front Range in small school districts.

“Although there is a continuing gap given the paucity of qualified SLPs in inner city and rural school districts, our programs have made a significant difference by preparing personnel who already live in rural areas and want to work with students with disabilities in their own districts and schools,” says Moore.

Ramsberger agrees, but adds that there is still plenty of work to be done. “It has helped,” she says. “But there will always be a challenge, especially in rural areas. There is a constant need for continually preparing people to serve these communities, and the Department of Speech, Language & Hearing Sciences is pleased to taking a leadership role in addresses this challenge.”

Original art work that is part of the MFA exhibition that is the result of... END_OF_DOCUMENT_TOKEN_TO_BE_REPLACED

The Sutherland Bipolar Center has helped more than 2,100 Coloradans affected by bipolar disorder, regardless of their ability to pay. END_OF_DOCUMENT_TOKEN_TO_BE_REPLACED
Issue: Fall 2014
Return to the top of the page