From the American heartland, CU-Boulder eyes the EU 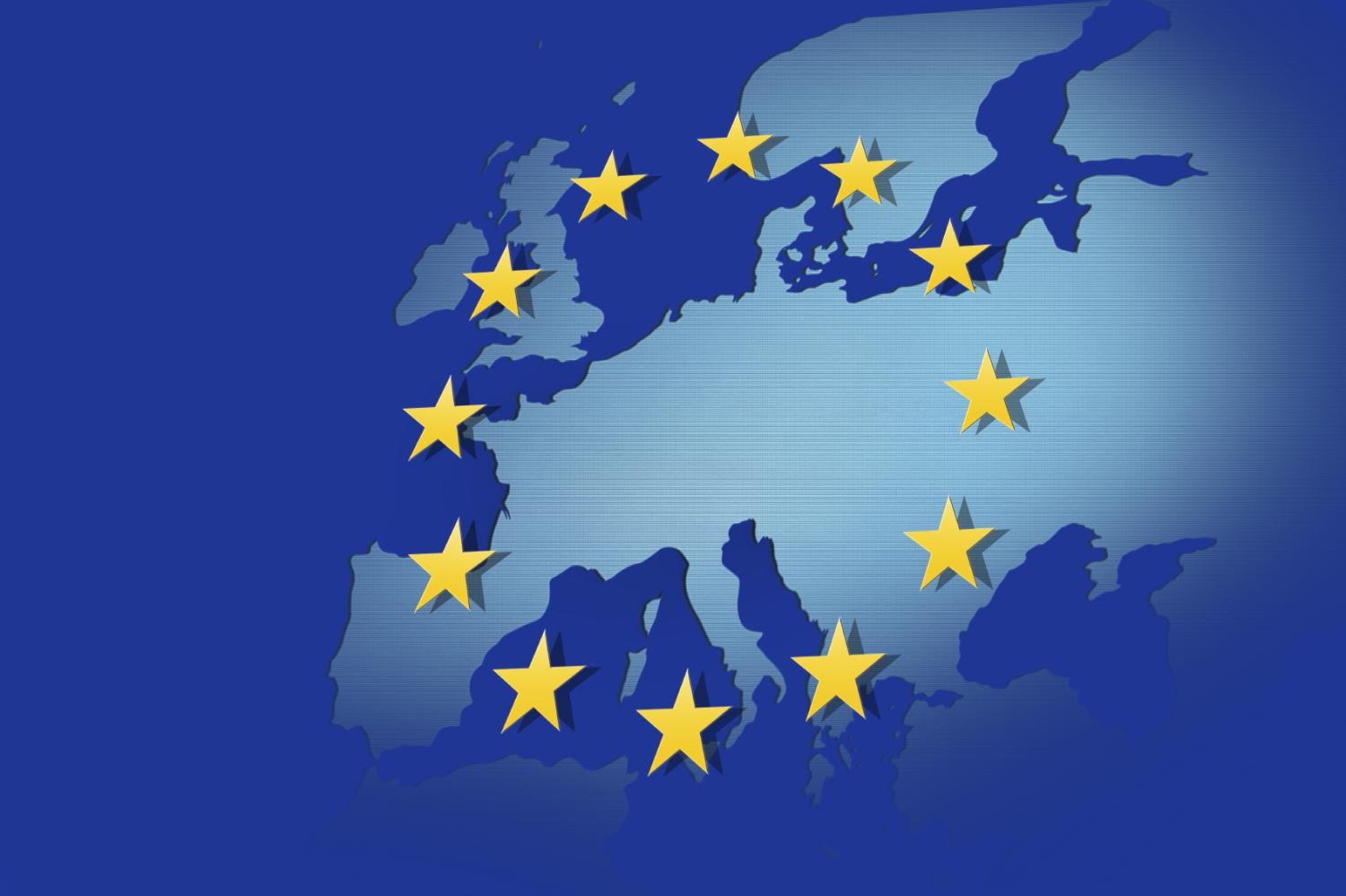 ‘I wanted to make Colorado a place where, improbably, students from the state could come and have a global experience,’ says director of Colorado European Union Center of Excellence

If the volatile situation in Syria and Iraq has taught Joseph Jupille anything, it’s that having reliable allies is more important now than ever.

Jupille, associate professor of political science, is director of The Colorado European Union Center of Excellence (CEUCE), a CU-Boulder organization that promotes understanding of the European Union (EU) and transatlantic relations between the United States and the EU.

As he’s quick to point out, the relative calm in Europe and that continent’s close ties with the United States is no accident. 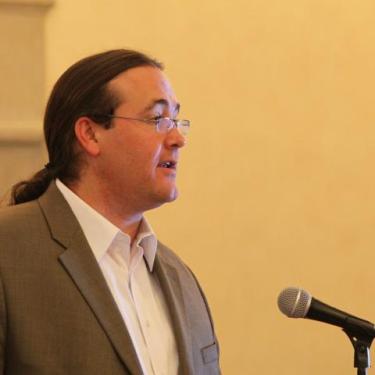 “The peace and prosperity we’ve enjoyed, that Europeans have enjoyed, it’s intrinsically bound together,” says Jupille. “I look at a world, at all this instability, but the EU, it is a bastion of peace and prosperity. Those 500 million people are pretty much locked into an arrangement that will assure they will stay democratic. Part of what we do is try to put a spotlight on that.”

All that began, he says, after World War II, when the United States partnered with the nations that would eventually become the EU to straighten out the post-war mess.

“There was no bloodier theater than that around Germany,” says Jupille. “The EU was born as a peace process to try to make peace between Germany and the rest of Europe. It’s a remarkable accomplishment. Western Europe is, for all intents and purposes, pacified. I continue to think this is one of the most important relationships the U.S. has. The foundation of world order is the transatlantic relationship.”

Although Western Europe has remained peaceful for 70 years, the relationship is still important, but for economic reasons, according to Felicia Martinez, executive director of CEUCE. 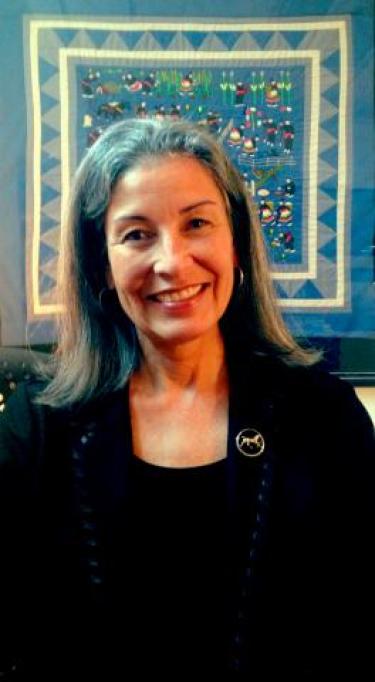 “Business is no longer local,” says Martinez. “Business is the world now. A study we really like is called ‘The Transatlantic Economy 2014.’ If you look through it, what you will see is our affluence is bound up in the transatlantic economy. A big piece of our prosperity is based on that relationship.”

Promoting that relationship and ensuring it continues is a big part of what CEUCE offers students who take part in the program, which offers a certificate in EU studies.

“We engage with everyone, but students are the core,” says Jupille. “Part of the impetus (for starting the center) was students here in the middle of the country don’t have the background and the opportunity that students on the coasts do. I wanted to make Colorado a place where, improbably, students from the state could come and have a global experience.”

With only eight such centers in the country, the experience truly is extraordinary, says Jupille. CEUCE has partnerships all across the West—including Montana, New Mexico and Arizona. Students even have the opportunity to travel to Brussels for five weeks to attend classes, visit EU institutions, meet staffers and meet parliamentarians. It’s all part of the center’s mission.

“We are not an island,” says Jupille. “We see every single day the interdependence in terms of ideas, disease and security threats. We want students to leave the university with an understanding of the world they’re inheriting. You have to be aware of our connection with the rest of the world. Even if you want to spend your life in the state of Colorado, the world is going to impact you.”

Promoting understanding of the importance of the connection between the United States and the EU is particularly important, Jupille says, in light of the situation in Ukraine and Russia’s motivation in the conflict.

"We are not an island. … We want students to leave the university with an understanding of the world they’re inheriting. You have to be aware of our connection with the rest of the world. Even if you want to spend your life in the state of Colorado, the world is going to impact you.”

“I think Russia has been behaving in ways that should not have surprised us but were nonetheless unexpected,” says Jupille. “We have ideas about territorial integrity, the rule of law—things the U.S. and EU share.

Russian President Vladimir Putin, he adds, is a classical Russian nationalist playing by a 19th-century rulebook.

“In many ways, the EU is using a 21st-century rulebook,” he adds. “There’s an idea that other people in other countries think they same way, but they don’t.”

In the fall of 2013, former Ukraine President Viktor Yanukovych rejected a cooperation agreement between Ukraine and the EU. The move tipped off the pro-EU Maidan Revolution.

“This basically appealed to all of Russia’s fears about isolation and being surrounded by unfriendly countries,” says Jupille. “A sizeable bunch of people wanted EU relations and they rose up and opposed Yanukovych.”

Where military might may once have been the chosen tool to repel Russian influence, Jupille says diplomacy is key today.

“The EU has soft power,” he says. “They have no military. They try to win influence by appealing to people.”

Jupille says not everything about the situation is perfect for the EU, but, once again, the crisis is being handled not with force but with negotiations and tact. It’s a plan, he says, that has and will continue to work around the world.

“The results out of Ukraine are mixed,” says Jupille. “In the long run I would put my money on democracy, human rights and rule of law.”

Garrett Mayberry, a CU senior studying international affairs, Spanish and Portuguese, says CEUCE has provided him a valuable insight into how the EU works and what its purpose is.

Mayberry first got involved with the center during his sophomore year, interned with CEUCE from October 2012 to May 2013 and even traveled to Brussels this past summer as part of the program. He says he didn’t realize how important the EU is to the United States before getting involved with CEUCE.

“I think [CEUCE] serves a really valuable role in diplomacy, bringing scholars and thinkers from across the Atlantic together,” says Mayberry.

“The focus of it is for American students to learn about the EU and how it functions, gaining this view of what the EU is and why it matters to me as an American and how what the EU does affects my daily life. It really does have an impact in the world.”

Original art work that is part of the MFA exhibition that is the result of... END_OF_DOCUMENT_TOKEN_TO_BE_REPLACED

The Sutherland Bipolar Center has helped more than 2,100 Coloradans affected by bipolar disorder, regardless of their ability to pay. END_OF_DOCUMENT_TOKEN_TO_BE_REPLACED
Issue: Fall 2014
Return to the top of the page