How much earthquake risk does fracking pose? 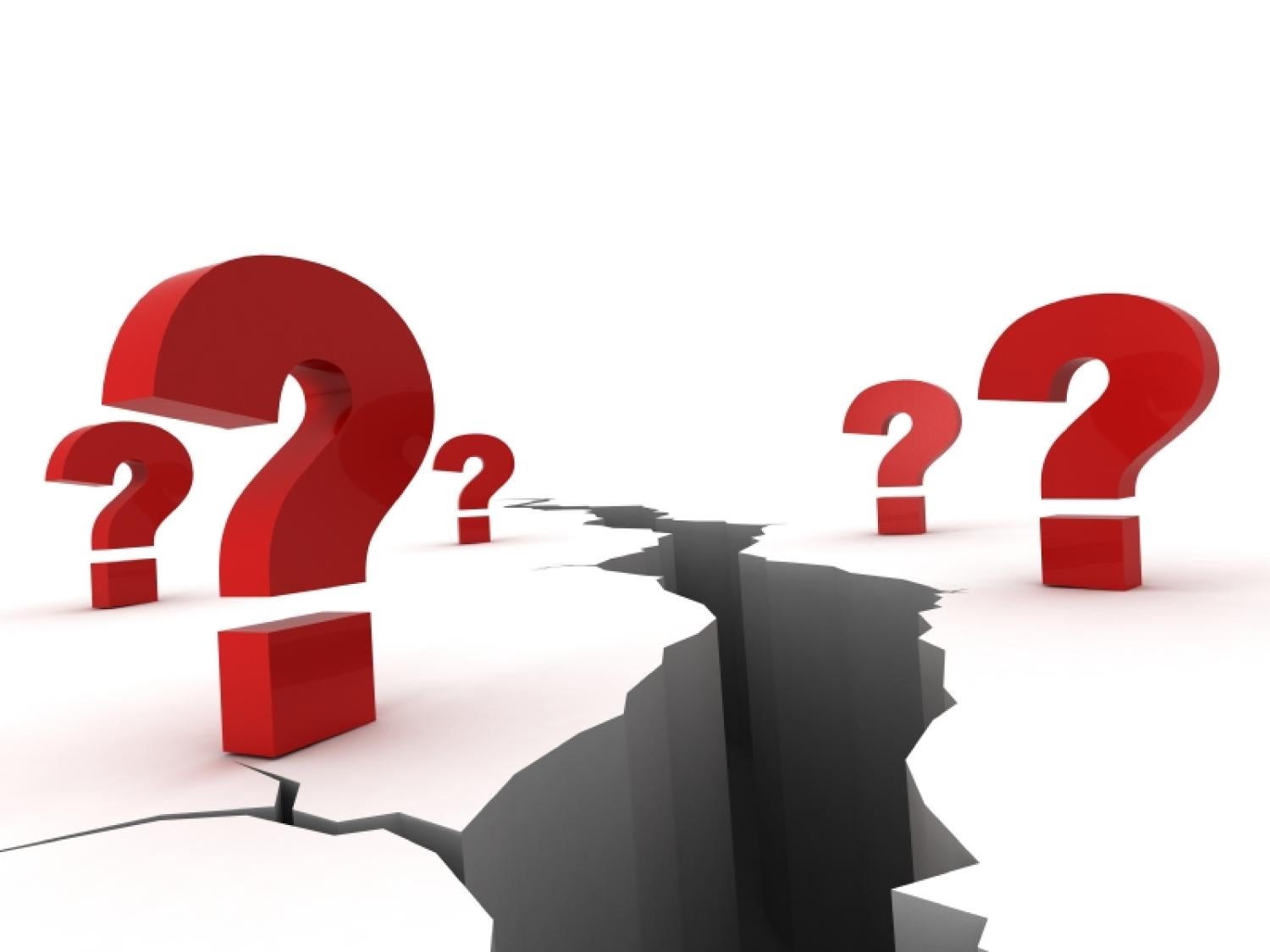 While one researcher estimates a 1-in-2,000 chance of dying in a fracking-related earthquake, CU hydrogeologist notes evidence of human-induced seismicity but says more careful study is needed 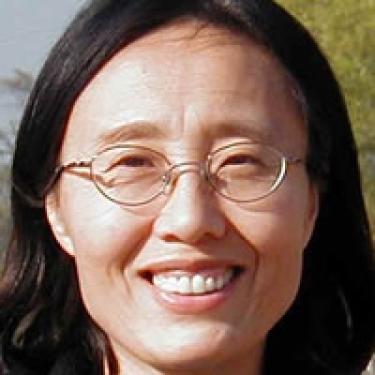 Between 1970 and 2000, the United States sustained an annual average of 20 earthquakes of magnitude 3.0 or greater. Between 2010 and 2013, the number rose fivefold, to about 100 annually, the U.S. Geological Survey recently reported.

The increased earthquake frequency coincides with a sharp rise in fracking, which allows the extraction of oil and gas from rock formations deep underground. By some estimates, more than 80,000 wells have been drilled in the United States since 2005.

But verifying the extent to which human activity is causing some earthquakes requires site-specific studies, says Shemin Ge, professor of geological sciences at the University of Colorado Boulder.

Ge emphasized that point during the annual meeting of the American Geophysical Union in December.

“Geologic systems are inherently complex and vary significantly,” she said.

Further, he estimated the risk of being harmed by an earthquake for those who live within 31 miles of a fracking operation: one in 2,000, or about the same risk a person has of dying of flu. By comparison, risk of death from heart attack is one in four and from cancer is one in eight; risk of death in car crash is one in 100.

“We need the energy, but we need to be aware of the risks,” Klose said. 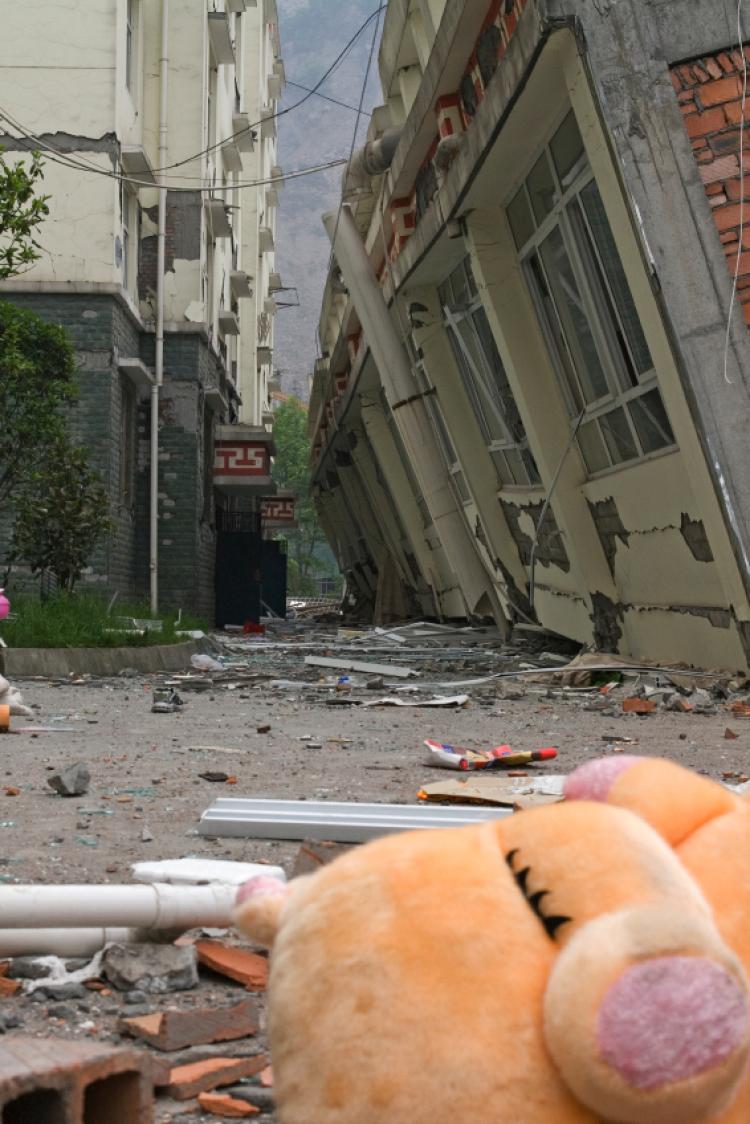 This heavily damaged school in Yingxiu, China, shows some of the devastation of the 2008 Wenchuan earthquake. CU-Boulder Professor Shemin Ge has studied the human-induced seismicity of this event and has concluded that a nearby reservoir was capable of influencing seismic stress changes to considerable depths.

Klose mentioned China’s Wenchuan earthquake in 2008, a magnitude 7.9 event. Although other earthquakes have been more violent, this was among the worst quakes in human history in terms of socio-economic loss.

The Zipingpu Reservoir, which reached its full capacity in 2006, is implicated in the 2008 quake. The reservoir is between two faults, and the quake’s epicenter was about 12 miles away from the reservoir.

Klose said the filling of the reservoir added the weight equivalent of 1,000 Empire State Buildings in the fault zone. “No geological process is able to come up with such a mass concentration in such a small area except for a volcanic explosion. And that’s why I argue that we can trigger earthquakes, because of these mass shifts.”

“Microearthquakes (that is, those with magnitudes below 2) are routinely produced as part of the hydraulic fracturing (or “fracking”) process used to stimulate the production of oil, but the process as currently practiced appears to pose a low risk of inducing destructive earthquakes,” Ellsworth wrote.

“More than 100,000 wells have been subjected to fracking in recent years, and the largest induced earthquake was magnitude 3.6, which is too small to pose a serious risk. Yet, wastewater disposal by injection into deep wells poses a higher risk, because this practice can induce larger earthquakes,” Ellsworth stated.

Ge said that both “undrained response” and diffusion of water must be studied to better grasp why reservoirs induce stress changes in rock underground. She noted a study indicating that the Zipingpu Reservoir is capable of influencing the stress on rocks more than six miles underground. 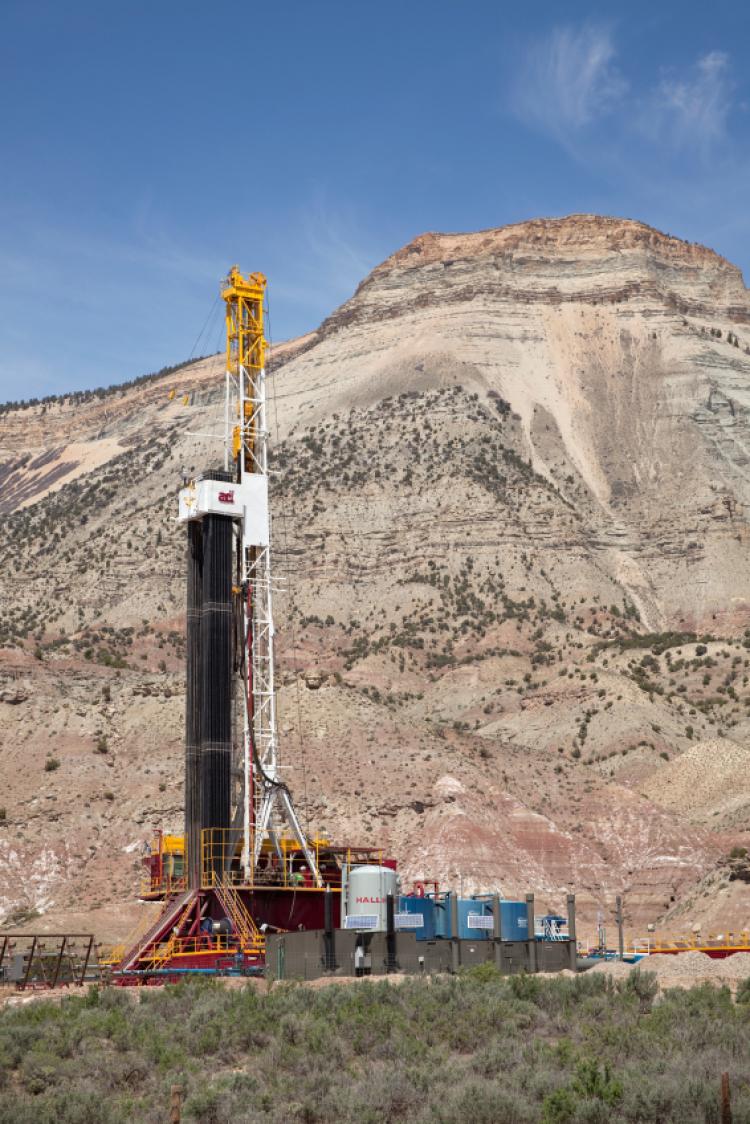 Colorado has seen a sharp rise in “fracking.” An oil and natural gas drill rig stands near Interstate-70 just east of the town of Parachute on the Roan Oil Shale Reserve with the Roan Cliffs in the background.

Some scientists argue that reservoir-induced seismicity is relatively shallow. “From our study, we show that Zipingpu Reservoir is capable of influencing stress changes to considerable depths,” she said.

Additionally, Ge’s research suggests that the Zipingpu reservoir can speed up stress build-up in the Wenchuan region. “If it’s not triggering earthquakes today, it is speeding up the stress buildup process.”

Ge cited some “confusion” about the role of water in earthquakes. One part of the water flow is induced by “undrained response,” which means that when a reservoir is suddenly filled with water, it puts a big weight that creates pore pressure underground.

The second part of the water process is called diffusion, which refers to the fact that when water sits on the surface, it will diffuse into the rock formation underneath.

Both processes must be considered, Ge said. If one process is “ignored or overlooked, that could produce a pore-pressure picture that’s not as complete as the water physics should be,” she said.

Specifically, analyses of reservoir-induced seismicity that do not account for undrained response will yield an incomplete picture, she said.

Understanding water-flow physics is critical to understanding reservoir- or wastewater-induced seismicity, “and sometimes the devil’s in the details.”

To establish a strong causative link between reservoir or injection and seismicity, “We do need to conduct site-specific studies, because geological systems are complex, and they do vary significantly.”

Additionally, site-specific studies should reveal faults unknown previously or rock properties that are not well characterized. These gaps in understanding can pose continued challenges to understanding, she added.

“As scientists, we need to be proactive,” Ge said. “Pre-emptive studies should be carried out prior to engineered activities.”

Original art work that is part of the MFA exhibition that is the result of... END_OF_DOCUMENT_TOKEN_TO_BE_REPLACED

The Sutherland Bipolar Center has helped more than 2,100 Coloradans affected by bipolar disorder, regardless of their ability to pay. END_OF_DOCUMENT_TOKEN_TO_BE_REPLACED
Issue: Spring 2014
Return to the top of the page