Boys don’t cry, at least as far as they recall

When former U.S. Rep. Patricia Schroeder of Colorado tearfully announced in 1987 that she would not seek the Democratic nomination for president, many analysts leaped in to suggest that such an outward display of emotion made her unqualified for the office, anyway.

But what if all our tightly held stereotypes about “emotional” females and stoic males are simply wrong? What if we’re all about the same when it comes to feeling and expressing emotions, but have allowed deeply ingrained stereotypes to sculpt how we remember what we feel? 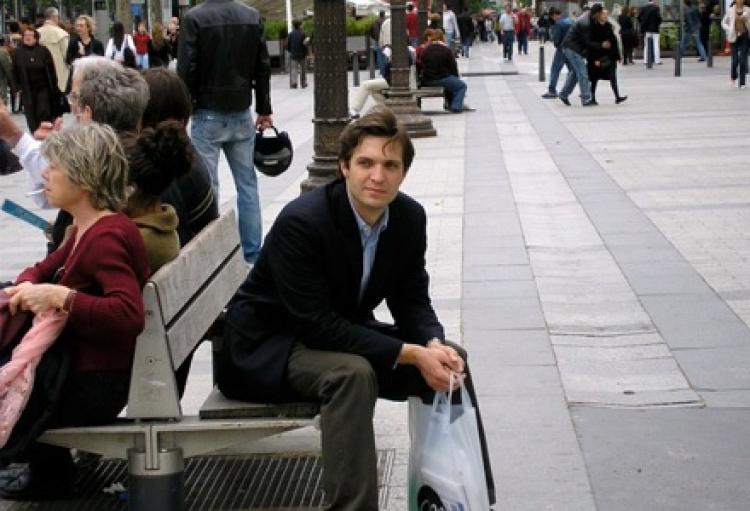 “It’s very widely believed that men and women have very different emotional experiences,” Van Boven says. “But one of the puzzles that psychologists have noticed is that when you confront or show people a very distinct, emotionally arousing film, vignette, (or) novel, males and females don’t really differ in their emotional response.”

Where they do differ is in how they remember their feelings, the researchers conclude in “Boys don’t cry: Cognitive load and priming increase stereotypic sex difference in emotion memory,” published in the January edition of the Journal of Experimental Social Psychology.

Cueing off of previous research concluding that humans are more likely to resort to stereotypical judgments—about, say, race or sex—when they are distracted or otherwise under a cognitive load, Van Boven and Robinson designed studies to determine whether the same might be true of men’s and women’s recollection of their own emotional states.

In one study, CU undergraduates were shown an emotionally wrenching scene from one of two films: the moment in “Sophie’s Choice” when a mother fleeing Nazi Germany (Meryl Streep) must choose between her two young children, or a scene in “Wit,” in which a woman dying of cancer (Emma Thompson) lies in a hospital bed while her mentor reads “The Runaway Bunny” to her.

“If you ask people to report their emotions right in the moment while watching (the scenes), there is no sex difference,” Van Boven says. And when given 20 minutes or so to process the scenes without taxing themselves cognitively, both men and women reported feeling the feelings of sadness you might expect.

However, when test subjects were asked to memorize long strings of letters, requiring significant concentration before describing their emotional reactions, everything changed.

In other words, when their brains were under stress, both men and women resorted to common stereotypes about how people of different gender experience emotion.

Interestingly, the researchers found that the pattern holds for anger, one of the few emotions people believe men experience more strongly than women. Although both sexes experienced the same intensity of anger in the moment, men recalled feeling more intense anger when asked to describe their emotions under cognitive stress—both reverted to emotional stereotyping, in other words.

The work suggests that when it comes to how we experience emotions, we may be victims of our own, self-perpetuating stereotypes. And that can have reverberations throughout society, Van Boven says.

“In our culture, being emotional is not considered a very good thing,” he says. “But the idea that men and women really differ (emotionally) is really exaggerated. … The evidence suggests that the exaggeration contributes to the perpetuation of stereotypes and possibly discrimination.”

Original art work that is part of the MFA exhibition that is the result of... END_OF_DOCUMENT_TOKEN_TO_BE_REPLACED

The Sutherland Bipolar Center has helped more than 2,100 Coloradans affected by bipolar disorder, regardless of their ability to pay. END_OF_DOCUMENT_TOKEN_TO_BE_REPLACED
Issue: Spring 2012
Return to the top of the page