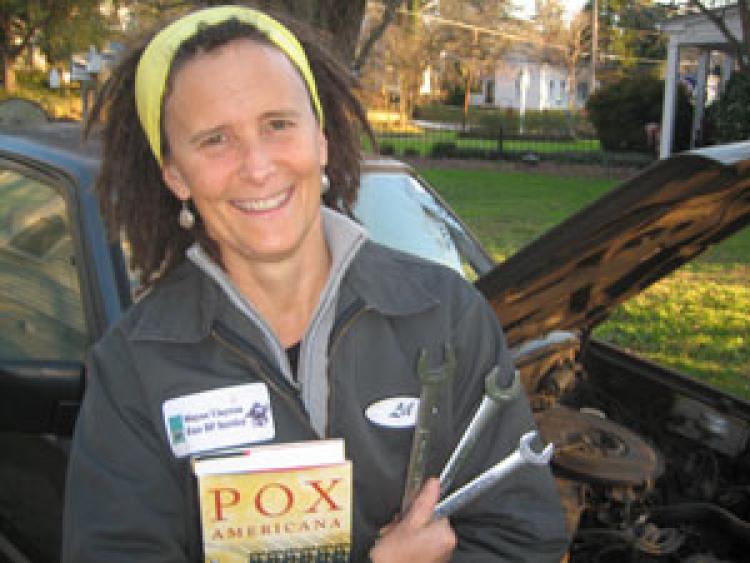 If the world ever takes a swift, downward trip in a hand basket, historian Elizabeth “Lil” Fenn feels pretty good about her chances.

While working on her senior honors thesis at Duke University in 1981, she lived in a tipi among “hippies and sharecroppers” on an old tobacco farm, riding her bike everywhere and showering in the university gym each morning. She worked summers in conservation and landscaping at Arches National Park in Utah (“Mostly drinking beer,” she says wryly). Then she took a hiatus from grad school to learn the trade and work in a small auto-repair shop.

“Doing all that, I’ve always thought if I don’t get tenure, I can get by,” says Fenn, who will leave Duke and join the CU-Boulder faculty in Environmental History in 2012. “I look at my hands and think, ‘These hands can do anything.’ … I like knowing that I can fend for myself. … That’s a revelation to somebody like me who grew up in the suburbs” of California and New Jersey.

Fenn’s life outside the academy may be something of an anomaly today, but it follows a storied tradition.

“There was an earlier generation of scholars—mostly male; that’s an important caveat—who had all sorts of trade skills,” Fenn says. Among her mentors at Yale, where she received her Ph.D. in 1999, were men who worked as machinists, and even one who worked as a riveter in World War II.

Fenn, best known for her seminal 2001 book, “Pox Americana: The Great Smallpox Epidemic of 1775-82,” says her time outside the academic world taught her countless lessons, among them an appreciation for “how good we’ve got it in the academy. … On the other hand, working stiffs don’t realize how hard academicians work.” 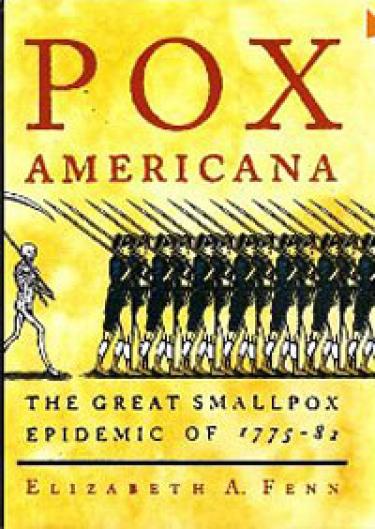 She’s also grateful for the social learning that took place while she worked in “pretty much white, redneck” auto shops.

“The lesson I came away with is that it’s OK to really love people with whom I differ profoundly. You can disagree with someone, and that doesn’t mean they are the devil incarnate,” she says.

That realization, she says, has helped mold her style in the classroom: “It made me very comfortable with difference. … I came away able to let students speak their minds without trying to please me. I think that’s really important.”

She thinks most working people take a similar attitude, but thinks that “all the politicians at the top are doing all they can to highlight our differences. The fact is, we are all in the same boat together.”

Fenn’s new book, a draft of which she recently delivered to her publisher, Farrar, Straus and Giroux, is a deep exploration of the fate of the Mandan Indians of North Dakota, whose numbers plunged from 15,000 to less than 300 following their encounter with European culture in the 1830s.

But the demise of the Mandans—there are no living full-blood tribe members—was primarily due to violence at the hands of the newcomers. Rather, it was a catastrophic series of environmental encounters. The introduction of widely disparate species devastated their numbers, from smallpox and whooping cough to Norway rats, which ravaged their corn stocks. In addition, the arrival of the horse empowered their enemies the Lakota Sioux, and the destruction of river-bottom woodlands—in part for fuel to burn in steamboats—pushed out the bison they depended on for food and clothing.

The move to CU, Fenn says, flows naturally from her gradually westward-shifting academic focus and attempts to integrate the West into early American history.

“Beyond that, all my life I’ve wanted to live in the West. When I was an undergrad, I would often go off to find myself in the West,” she says.

“It’s an extraordinary line-up, and enables us to position ourselves as one of the premier institutions in America for the study of environmental and Western/borderlands history.”

Original art work that is part of the MFA exhibition that is the result of... END_OF_DOCUMENT_TOKEN_TO_BE_REPLACED

The Sutherland Bipolar Center has helped more than 2,100 Coloradans affected by bipolar disorder, regardless of their ability to pay. END_OF_DOCUMENT_TOKEN_TO_BE_REPLACED
Issue: Winter 2011
Return to the top of the page