In 1966, then-premier of the Soviet Union Alexei Kosygin promised that his nation would do all it could to reunite Soviet Jews with relatives living outside the Communist nation.

The pledge, as it turned out, was hollow. If anything, the Soviets made it harder for many Jews to emigrate through political harassment, refusing to let people work along with increasingly knotted bureaucratic requirements.

But thanks to the work of groups supporting Soviet Jewry in the West, millions of Jews were able to depart during the next ensuing decades, including some 400,000 to the United States.

That’s the good news. Sadly, for many of the new immigrants, that critical support all but evaporated when they arrived on new shores.

But not everywhere. In Boulder, starting in the late 1980s, the group Boulder Action for Soviet Jewry not only worked to resettle hundreds of new immigrants in the Boulder-Denver area, but continued to support them until virtually all were successfully integrated into their communities. 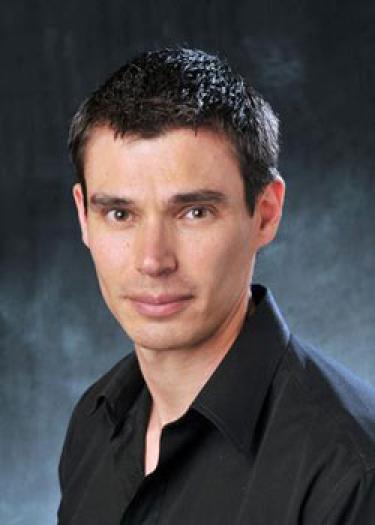 “The Boulder group very quickly realized the need to become a resettlement organization, making sure the new immigrants, these new Americans, would succeed when they got here,” says David Shneer, director of the Program in Jewish Studies at the University of Colorado. “Many new immigrants (elsewhere) were disillusioned, poor, on assistance. The exact opposite happened in Boulder.”

That unique history had gone long undocumented until Shneer brought a group of students to Boulder’s Jewish Community Center to watch a film about Soviet Jewry in 2009. There he talked to Boulder lawyer Bill Cohen, who helped found BASJ.

“(Cohen) said, ‘We have all these people and stories and an organization that’s been around for decades, yet nobody knows what we did,’” Shneer recalls. “‘What would you think of doing an oral history?’”

Shneer thought it was a great idea — as long as students would be deeply involved. So in January 2010, he arranged to have the honors section of his introductory Jewish history class trained in oral history.

“A huge part of the project was the collaboration with the Maria Rogers Oral History Project (at the Boulder Public Library),” says Brandon Springer, 23, who served an internship with the Soviet Jewry project before graduating from CU in 2010. “Susan Becker came in and trained us all … in interviewing skills, types of questions to ask, how to approach (subjects), body language — all the little things that go into a good interview.”

Students also honed their technical skills with video equipment, lighting and recording — “Everything you need to do for a quality oral history,” says Springer, who now teaches [high school] history through Teach for America in Dallas. 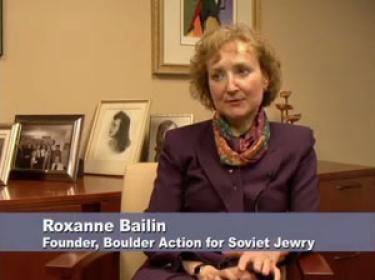 A still from the DVD created as a result of Soviet Jewry oral history project.

The students leveraged multiple platforms in producing the oral histories, from podcasts to social media. They also produced written histories, which are housed in the university archives. The video histories are now part of the Maria Rogers collection at the Boulder Public Library.

The collaboration between university and public library, students and faculty, caught the attention of the national Oral History Association. The project will be presented at the organization’s annual meeting in Denver from Oct. 12-16.

“This project is a perfect example of the role that a university can play, along with a community organization,” says Jamie Polliard, assistant director in the Program in Jewish Studies. Students gained practical experience even as they helped preserve an important part of local — and world — history, she says.

Springer says the experience not only made him “fall in love with oral history” — he’s already got his [high school] students using the tools — but also opened his eyes to the Jewish community around him.

“The big lesson for me was becoming more engaged with the Boulder Jewish community. … Before (the project), I had no idea that the community even existed. But we were welcomed into people’s homes to hear their stories. It was an amazing experience,” he says. “We love stories and we will always love stories. Storytellers will always be revered in human society.”

Original art work that is part of the MFA exhibition that is the result of... END_OF_DOCUMENT_TOKEN_TO_BE_REPLACED

The Sutherland Bipolar Center has helped more than 2,100 Coloradans affected by bipolar disorder, regardless of their ability to pay. END_OF_DOCUMENT_TOKEN_TO_BE_REPLACED
Issue: Fall 2011
Return to the top of the page