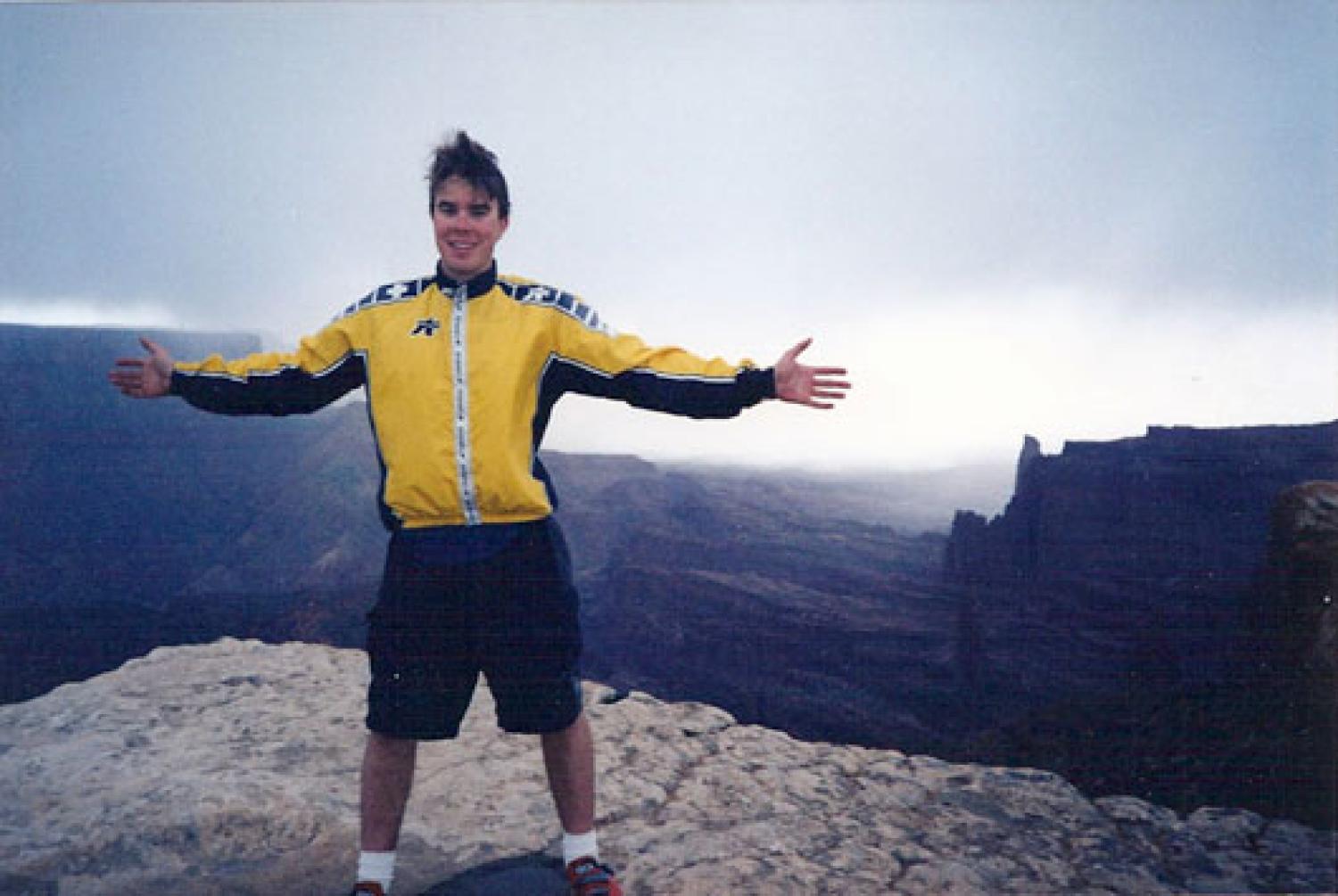 Patty Feist recalls with perfect clarity the call, the date, the time and the message that upended her life.

It was April 17, 1997, at 10:45 a.m. She was on the job, working as lab coordinator at the Department of Chemistry at the University of Colorado. She was having a normal day: staying busy, dealing with problems, laughing, “absorbed in what I am doing.”

The phone rang, and a voice on the line identified herself as Anne at University Medical Group Practice. “I hate to tell you over the phone, but we think your son has leukemia,” Anne said.

Anne, who was herself in tears, said that Feist’s 16-year-old son, James Mack, should come to the hospital immediately. She’d already booked him a room.

“Your life stops and starts again,” Feist wrote in an online journal.

Within two hours of diagnosis, surgery had been scheduled for 7:30 the next morning, and the family had been apprised of key decisions that must made, such as whether to choose a standard treatment protocol or join an investigative study. James would have to be home-schooled for the rest of the year. Chemotherapy would consume the next three years. It would begin the next day.

Feist recalls the surreal vortex into which parents of children with cancer are yanked. “You find yourself pulling up a part of yourself you never knew existed,” she writes. “You find yourself trying to protect family members and close friends from this terrible news and comforting them when you do tell them.”

“You find yourself grieving for your child, as if your child has passed on.” But he is right there. “You find it hard to go to your comfy home because your son is not there. You will never again take having your child near you for granted. This is a very good thing. Your start looking for more good things. There is hope.”

But there is also anguish, anxiety and an unanswerable question—“why?”

Meanwhile, James confronted the effects of treatment: “High school was particularly rough, because my treatment protocol was quite aggressive at first. I almost entirely checked out of school,” he recalls.

“I was able to make it to class maybe half the time, and even when I made it, I was nauseated or tired and didn’t get as much out of it as I had before.”

James finished high school a year after the diagnosis. In a college entrance essay, he identified his life goal: “to make the best of what I have, and strive to attain as much knowledge and skill as possible in the time I am allotted on this earth.”

The one-year milestone was significant, and Feist figured she was the most thankful mom at high school graduation.

Though things had improved, challenges persisted. The doses of toxic anti-cancer drugs continued for two more years, while James embarked on his academic career in CU’s College of Engineering and Applied Science. 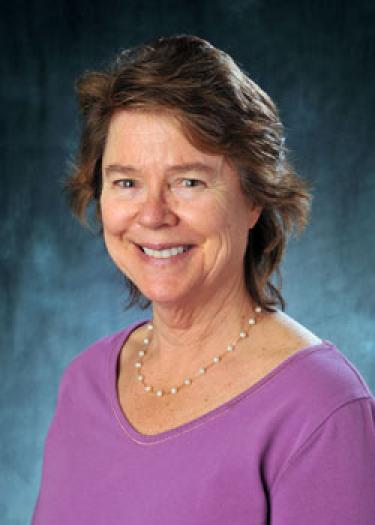 Feist maintained an online journal titled “James vs. Leukemia” on her web site, and she compiled lists of resources and information for other families fighting the disease.

For James, the treatment through college was much less severe, but mental fatigue was challenging. “There’s no way I could pull an all-nighter and function the next day,” he notes. “I needed eight to nine hours of sleep each night, so when deadlines came up or work was more time-consuming than I had anticipated, I was often forced to give up and turn in incomplete work.”

But he went to all his classes and knew the material, “so I was often kept afloat by my test scores.”

After chemo, things improved. Still, they did not return to normal.

“When I got off treatment, I was finally able to push myself physically again, and I rekindled a love in cycling,” a sport in which he logged 250 to 300 miles per week.

James says he didn’t worry much about the “busywork and politics associated with getting good grades.” He adds, “I’d been given a new lease on life, and I didn’t really want to spend that time doing things I didn’t feel were important. But I realized the importance of my degree to my future happiness, so I did what I needed to do to get through.”

And the mental fatigue lingered. “I still have issues to this day, and if I’m not dutiful about eating right, exercising and sleeping well, I can’t function through a normal day. So, for many things, I still feel like I need more discipline to be on par with someone who hasn’t been on treatment.”

Feist is a chemist by training and a voracious consumer of data by nature. She put her skills to good use. During and after diagnosis and treatment, she chronicled and organized everything she could find on leukemia, its treatment, family support, medical-journal articles and scholarships for childhood-cancer survivors. And she posted it on the web to help others.

Feist also became an administrator of several e-mail listserves, communicating daily with hundreds of parents of children with cancer, discussing everything from treatment issues, family problems, financial issues and daily challenges. “So many of the families were thrown into financial hardship. Sometimes one parent would need to quit working to take care of their sick child. Some families did not have adequate health care, or lost the health care when they had to leave a job. Co-pays and uninsured charges added up. Often, the savings for a child’s education had to be used to pay bills.” For these reasons, survivors of childhood cancers face unusual financial hurdles.

While on treatment, a child may not perform well in school. Chemotherapy and radiation therapy “turns you into a slug; you just feel really terrible.” Even years off treatment, some survivors show subtle and often undiagnosed learning disabilities. For these reasons, survivors of childhood cancer might show poor performance on academic tests, while in reality, they are interested, engaged and willing students. Thus they might not qualify for traditional scholarships.

Feist, who is retiring from CU this year and who has received royalty checks from a textbook she co-authored, has funded a scholarship for survivors of childhood cancers. The $2,500 Patty Feist Scholarship has no maximum income limit, and the names of recipients will be confidential. Several scholarships will be awarded each year.

While there are some national and regional scholarships for survivors of childhood cancer, none was specifically designated for CU students, Feist found. Further, most scholarships wanted recipients to be announced publicly.

“I don’t want the recipients to be announced publicly,” Feist notes, adding that scholarship recipients tagged as cancer survivors could suffer prejudicial treatment from insurance companies and prospective employers.

Students must be in good academic standing, and parents can write letters of recommendation. A requirement for the scholarship is an open-ended essay from the applicant, whose stories are riveting, Feist notes. “They’re ordinary people, but they had to put up with an extraordinary thing.”

“They’ve learned something about themselves that many people don’t have to learn.”

The scholarship “combines two passions, CU and survivors of childhood cancers,” Feist notes, adding, “I saw the need for scholarships for survivors years ago, and am so pleased to be working with the CU Foundation to finally make my dream a reality.”

James adds that school is a full-time job, especially for those fatigued by cancer treatment, and there’s no time for a paying job. He was lucky that his parents had saved for college and had good health insurance.

“I wouldn’t have been an ideal candidate for the Patty Feist Scholarship,” James acknowledges. “But so many people going through treatment are not so lucky, and they’re struggling to get back to ‘normal’ life. Those are the people who need this scholarship.”

As for James, he completed treatment, and at the five-year anniversary of diagnosis, “we felt he’s going to make it,” Feist blogged. Now, he works as a mechanical engineer at CU’s Laboratory for Atmospheric and Space Physics.

On his personal blog, James talks about his passions, which include radio-controlled models, flight simulators and bicycling. James’ blog mentions leukemia only in passing, saying, “I choose not to let it take up any more of my life than absolutely necessary.”

When asked, though, James offers some advice to survivors of childhood cancers. “Find some friends,” he suggests. “For me, cancer was very isolating.” In part, he avoided contact with peers, whom he thought might not understand.

“But, looking back, I wish I’d made more of an effort to connect with at least a few of my peers at the time. They might not have completely understood, but they would have probably helped me get through school.”

While fighting cancer is difficult, James says, “surviving cancer has been one of the greatest things in my life. You realize how many things you can lose and still be OK. You recognize the things that are really important and that make you happy. You can live more freely and fearlessly, but still cherish all the things you’ve been given.” 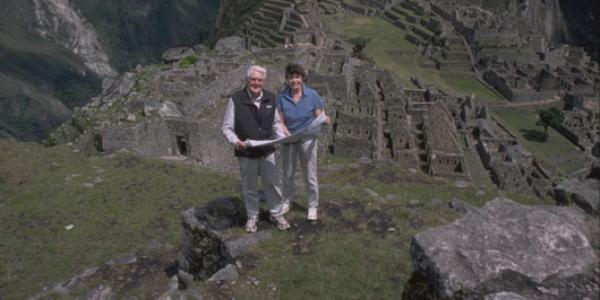 Most people who see something curious during world travels might briefly muse about it, perhaps weave it into a cocktail-party anecdote, but otherwise let it go. But most people are not like Ruth Wright or her husband, Ken. In 1974, she wondered about water stains on rocks at Machu Picchu. This led to four decades of study of the Inca engineering and culture. END_OF_DOCUMENT_TOKEN_TO_BE_REPLACED 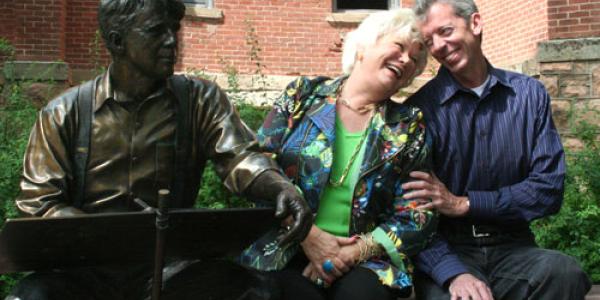 Roe Green and Bud Coleman share a laugh next to a statue of Robert Frost... END_OF_DOCUMENT_TOKEN_TO_BE_REPLACED 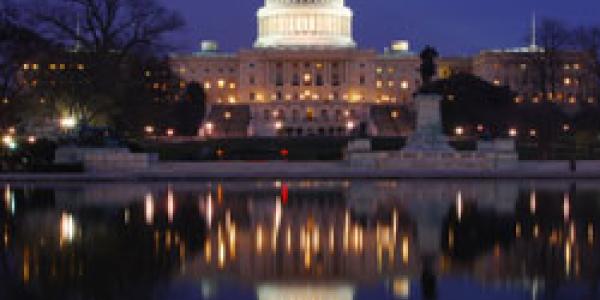 In the fall of 1980, Ken Bickers was working in a Washington, D.C., political office. He’d come to the nation’s capital as part of a not-for-profit internship program, and the experience augured his career. END_OF_DOCUMENT_TOKEN_TO_BE_REPLACED
Issue: Fall 2010
Tags:
Return to the top of the page