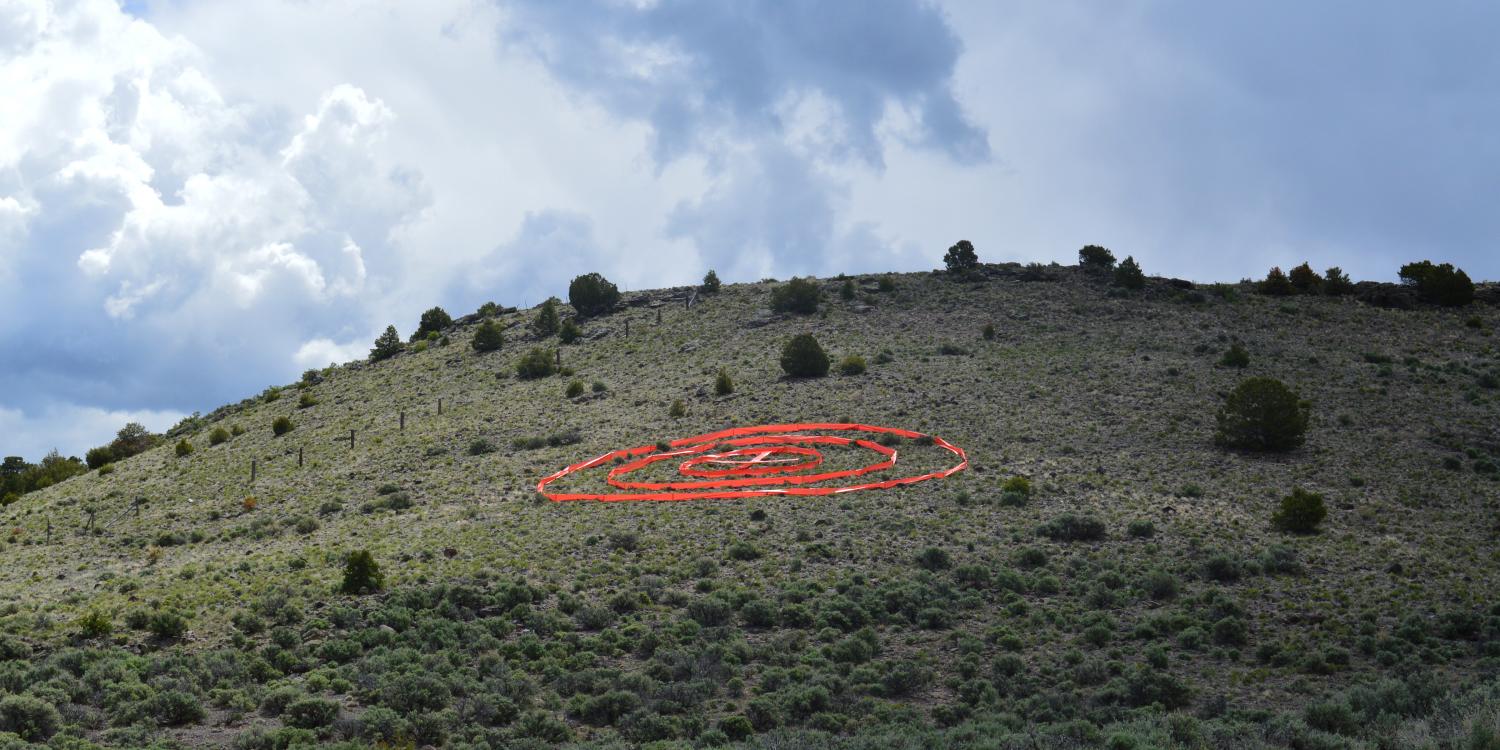 Statement
St. Louis born artist Aidan Patrick Welby explores the relationship between land use and communal identity; a place and its people. Approaching this relationship through a lens of environmentalism, Welby is both captured by and critical of the ways in which a community’s reliance upon the land is shaped by its regional identity and yet ultimately destructive to the land.


Welby’s work is tied to language. Drawing upon written codes of law and oral folk traditions, he views his work as a synthesis of objective prose and subjective poetics; two modes of thought bound into a single visual sentence. Often enacting process based work, Welby replicates industrial practice in a concentrated manner. The result, an altered land-object, can be seen as exploitative, and yet a potent means of demonstration. Other work is rooted in folklore, centuries old understandings of a people and a place, collapsing these timeless tales into a singular contemporary moment of political and environmental critique.

Welby’s work evolves from its location —a regionalist approach which aims to combat 21st century ideas of a globalized culture— forefronting communal identity over the commonalities which transcend time and place to define us as human.

Halted Rhythm
An open loop tracks the movement of a vertical sailing stone. Transplanted from its origin on the desert floor and secured in place using industry standard hardware, Halted Rhythm brings together an object of folklore with the highway road-cut infrastructure found ubiquitously across the western United States.

Anthropogenic Monument 1
The Anthropogenic Monument series series seeks to define and champion distinct moments of geologic impact born from human civilization. The first twelve monuments aim to reconcile the competing goals of environmental protection and mineral extraction happening on American public land. A majestic Western landscape is adorned with bronze and yet partially erased to reveal a core generated from mineral prospecting. An essay on the reverse uses a tone of traditional Transcendentalism to challenge issues of contemporary land use and extractive industry.

The Great Divide
Four white pages—trimmed in silver and stretched by parallel lines of steel— form a curtain which bisects a space, dividing here from there. Words sourced from US Government documents and personal journals from travelers are embossed on opposing sides of each sheet; framing the divergent narratives as a pair of words to speak for each singular idea.

Split Estate
Public land use is divided. There are those who value its wilderness, and those who desire its value. The Bureau of Land Management defends a need to balance these competing goals: mineral production and environmental protection. This balance encourages commercialized prospecting— industrialized coring of the landscape to locate rare minerals for later extraction— while simultaneously highlighting attempts to maintain wild land.

Split Estate offers this story of division, examining the relationship between production and preservation in an effort to equate that which lies broken with that which remains complete.

Weeping Wall (Proposal)
Colored pencil on paper
2020
A large stone of ochre—the earth pigment famously used by early humans—sourced from an open-pit mine, is embedded into the gallery wall, and subjected to a circuitous flow of falling water. As the boulder erodes, the iron-rich pigments stain the white wall, leaving behind artifacts of passing time. The work exists as a geologic hourglass, a mass of earth at odds with gravity and time to create a contemporary landscape painting of dynamism and impermanence. 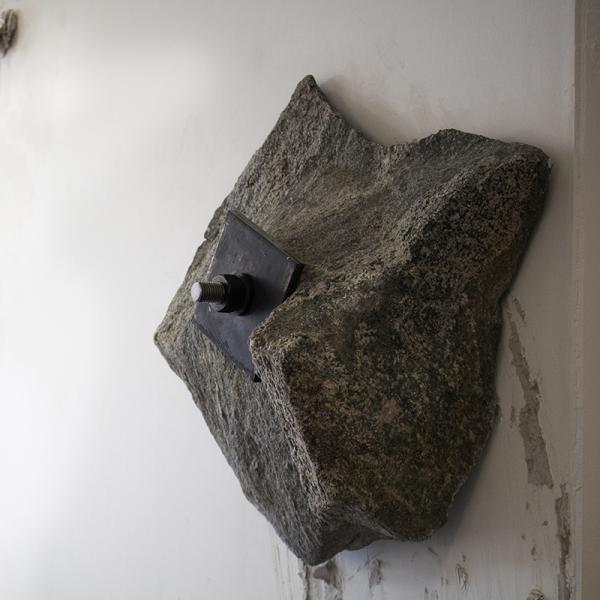 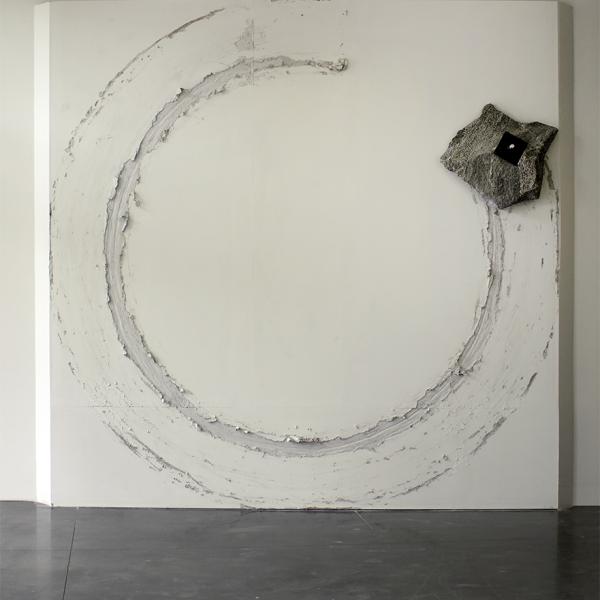 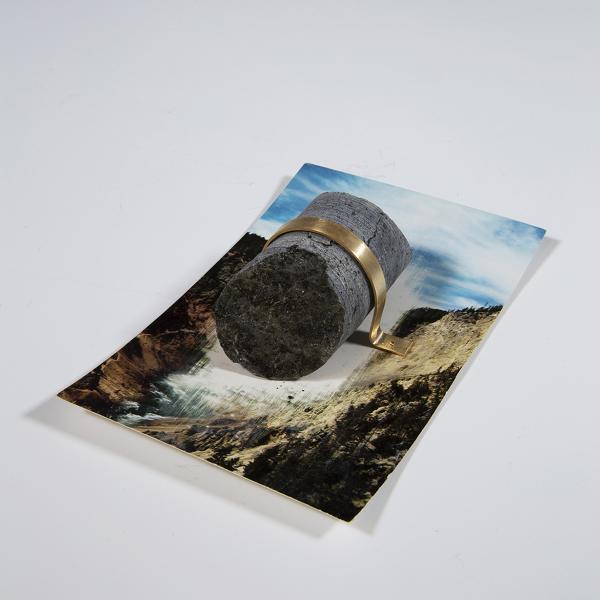 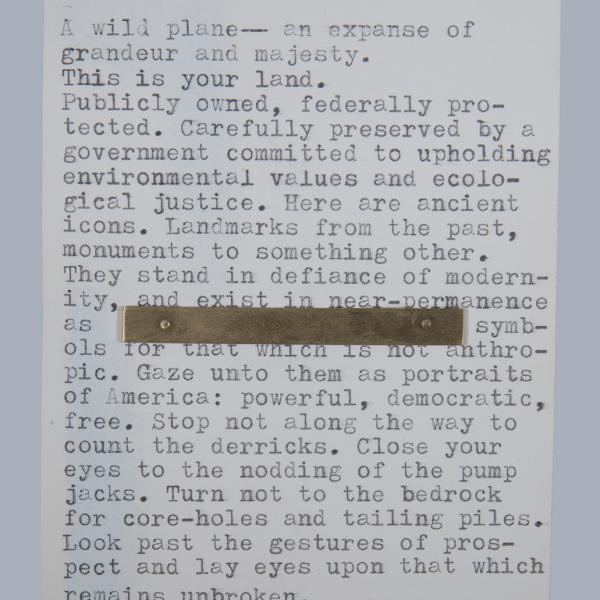 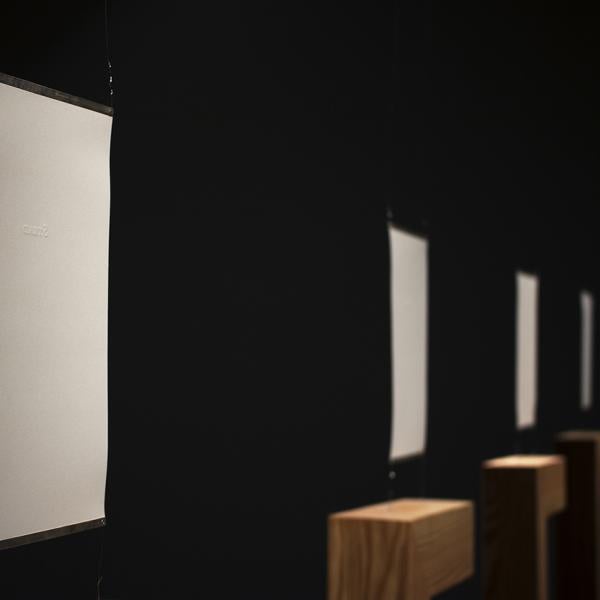 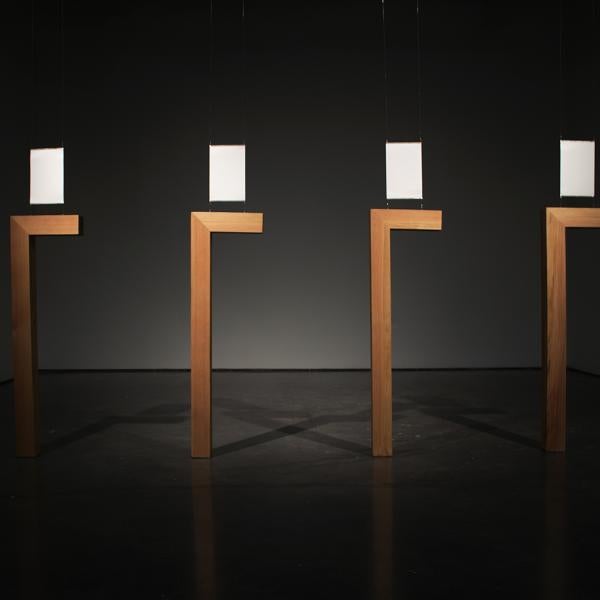 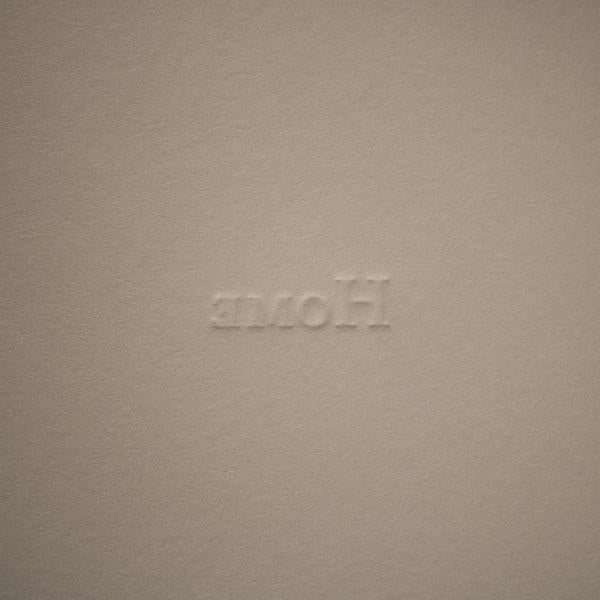 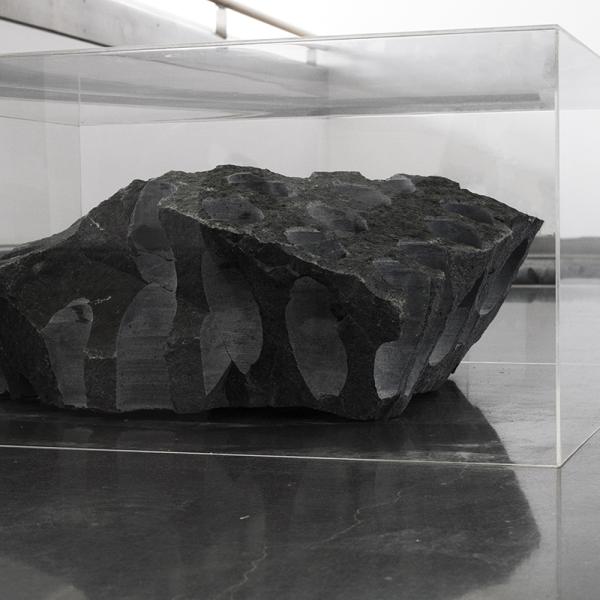 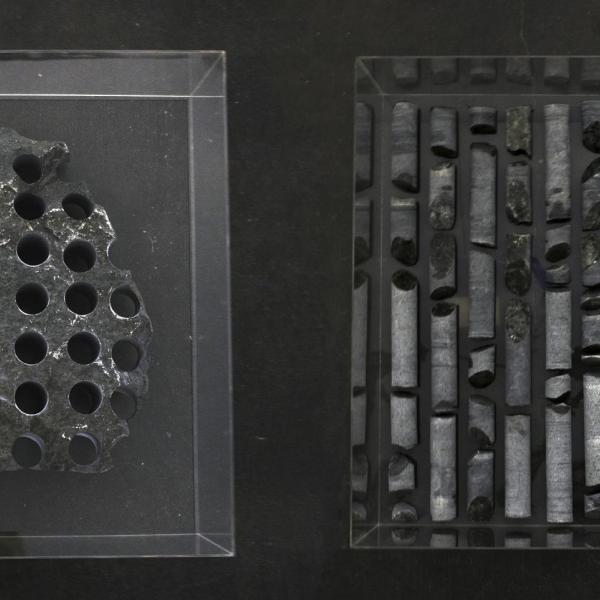 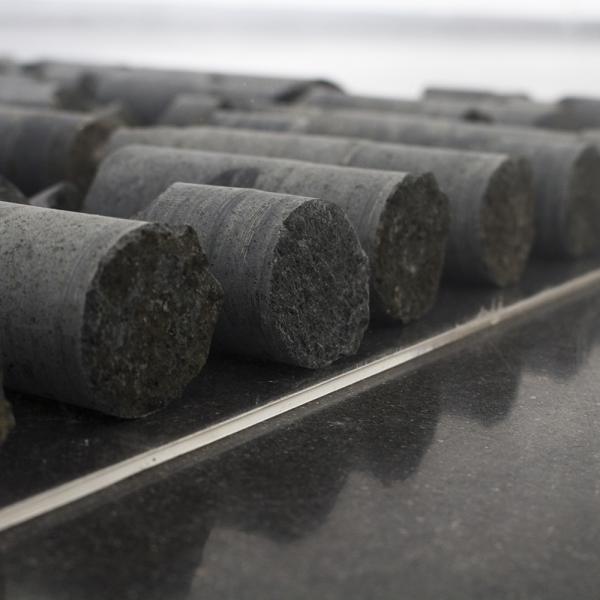 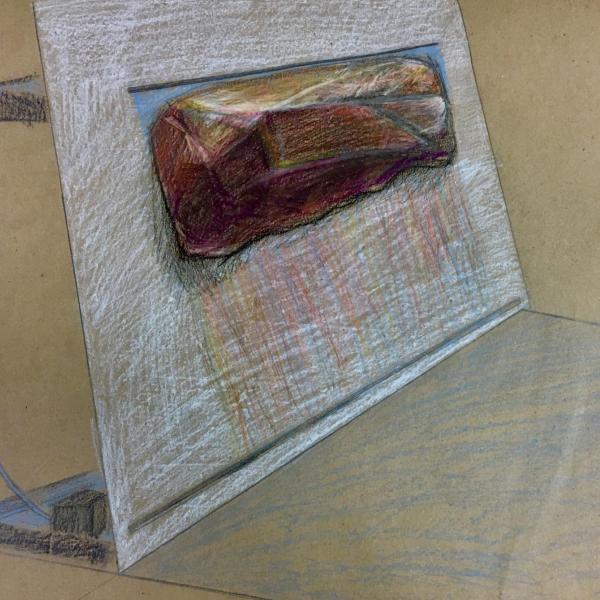