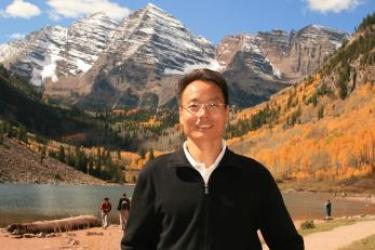 Sangbok Kim graduated with a BA degree in English Language and Literature from Korea University. After working as a professor of English for Tourism at Changwon Moonsung University in South Korea, he resumed linguistics study in the United States. He received a TESL certificate (Teaching English as a Second Language) at Seattle Pacific University and an MA degree in Linguistics with an emphasis in Syntax and Semantics, at California State University at Long Beach.  He then received a PhD in Asian Languages & Cultures from the University of California at Los Angeles, and joined the University of Colorado at Boulder in the Spring of 2011. Courses Taught in the US: Teaching Asian Languages at College Level (UCLA, 2009); Beginning and Intermediate Korean (2006~2010); Beginning, Intermediate, and Advanced Korean (CU Boulder, Spring 2011~present).