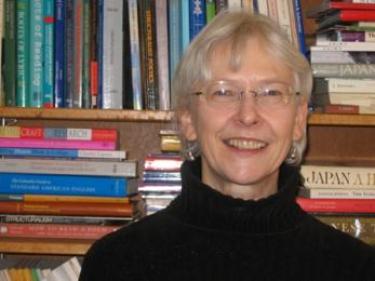 Biography:
Laurel Rasplica Rodd received a BA in French from DePauw University, an MAT in teaching from East Tennessee State University as part of the Teacher Corps program, and the MA and PhD in Japanese Literature from the University of Michigan. She has been at the University of Colorado at Boulder since 1994 as Professor of Japanese. Prior to coming to CU-Boulder, she taught at Arizona State University and the University of Virginia. She has also held visiting research or teaching appointments at the University of Chicago, Washington University in St. Louis, Hiroshima Shudo, and the National Institute of Japanese Literature in Tokyo. Rodd is the recipient of numerous awards, including the Rackham Prize, the Japan-America Friendship Commission Literary Translation Award, Alpha of Colorado Phi Beta Kappa Chapter Campus Scholar, University of Colorado Excellence in Service Award, Ronald Walton Award in Recognition of Distinguished Career Service on Behalf of the Less Commonly Taught Languages, and the University of Colorado Campus Global Citizen of the Year Award. She has also received many fellowships and grants for research and programmatic development. In summer 2009 she led a Fulbright-Hays Group Projects Abroad seminar in Japan on Basho’s “Okunohosomichi.” Dr. Rodd has been awarded the Japanese Foreign Minister's Commendation for 2014, in recognition for her outstanding contributions to the promotion of mutual understanding and goodwill between the people of Japan and the United States.

Publications:
Nichiren: A Biography, Kokinshu: A Collection of Poems Ancient and Modern, as well as articles on Yosano Akiko and other modern women poets, pre-modern poetry and prose fiction, Buddhist literature, and language pedagogy in English and Japanese.  She serves on the Editorial Advisory Board of Japanese Language and Literature and is a member of the World Languages Academic Advisory Council of the College Board.