Even though poly(ethylene terephthalate) (PET) is generally the most recovered plastic, the amount of waste PET that is recycled is still low, especially given the scale of use. This leads to an increased volume of landfills as discarded plastic is not biodegradable which contributes negatively to greenhouse gas emissions and has detrimental effects on the world's ecosystems. The most commonly reported reason for lack of recycling is the inaccessibility to recycling resources, and there is therefore a need for a more accessible way of sustainably recycling PET.

Researchers at the University of Colorado have produced new methods for the chemical recycling of end-use PET in batch, microwave and electrochemical reactors. The reactions are based on basic hydrolysis of the ester moieties in the polymer framework and occur under mild reaction conditions with low-cost reagents. They report end-use PET depolymerization in refluxing methanol with added NaOH with 75% yield of terephthalic acid in batch after 12 h, while yields up to 65% can be observed after only 40 min under microwave irradiation at 85°C. Using basic conditions produced in the electrochemical reduction of protic solvents, electrolytic experiments have been shown to produce 17% terephthalic acid after 1 h of electrolysis at –2.2 V vs. Ag/AgCl in 50% water/methanol mixtures with NaCl as a supporting electrolyte. The latter method avoids the use of caustic solutions containing high-concentration NaOH at the outset, thus proving the concept for a novel, environmentally benign method for the electrochemical recycling of end-use PET based on low-cost solvents (water and methanol) and reagents (NaCl and electricity). 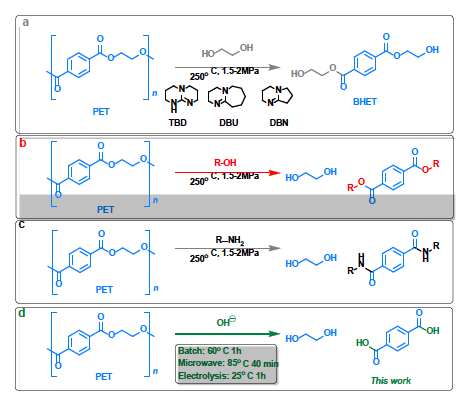 This technology is available for exclusive or non-exclusive licensing. 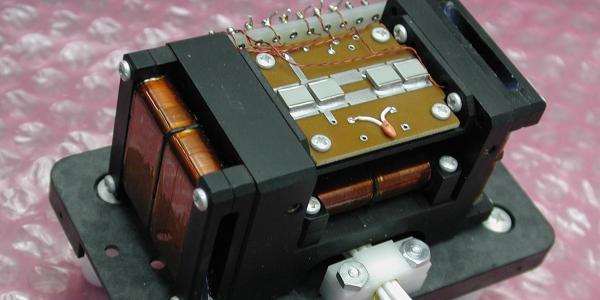 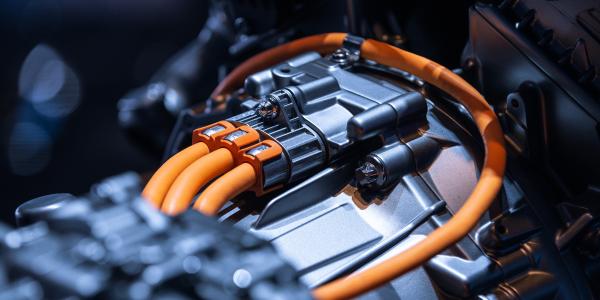 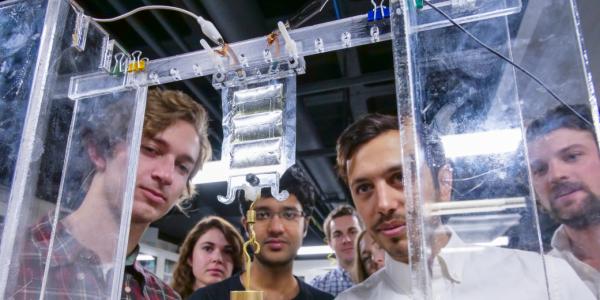 A magnetic sensing approach to map changes in magnetic field strength to changes in the actuator shape without seeing noise or a reduction in performance. END_OF_DOCUMENT_TOKEN_TO_BE_REPLACED
Categories:
Return to the top of the page