Colorado’s innovation ecosystem was represented in full force at the state’s first-ever Destination Startup showcase on Feb. 1 at the Omni Interlocken Hotel in Broomfield.

In hopes of making valuable industry connections to commercialize and advance their technologies, 25 university ventures spun out of Colorado research institutions and federal laboratories pitched to local investors and venture capitalists from both coasts.

Outside of investors, more than 270 people — consisting of fellow university peers, entrepreneurs and community members — attended the event, which was hosted by Venture Partners at University of Colorado Boulder (formerly Technology Transfer Office).

“When we learned about Destination Startup, it seemed like a great way to get in front of other companies and investors to see if there were opportunities that might help us in our business growth,” said Mark Schleiger, CEO of Access Sensor Technologies, a CSU venture that produces devices and kits for testing air and water pollutants. “Every time you make a presentation to a group there is an opportunity to learn and talk about your business.”

Making Connections Out of the Lab

CU Boulder team ASTRALiTe happens to be one of those teams. They developed a 2-in-1 drone mounted LiDAR system that allows their customers to seamlessly map both topographic and underwater objects. Their technology has several applications such as mapping underwater infrastructure, surveying shallow water, assessment and recovery during natural disasters and military logistics.

“We had a lot of very positive feedback,” said Gerald Thompson, ASTRALiTe President. “We met with new collaborators, made connections within the local investor community and gained interest from several investment groups which have already led to further discussions.”

See all the teams that presented at Destination Startup.

UCCS Professor Dr. Bob Camley said that questions asked during the Q&A portion of the presentation helped clarify ideas and future issues the company could face in the future. His company, MRX Analytics, created a new way of measuring temperature during MRIs so that MRI-guided thermal surgeries are shorter and have significantly better outcomes.

CU Anschutz startup NowVitals won a live, 5-minute “Pitch Off” competition held earlier in the day, giving them the chance to later present their full 10-minute pitch. Their technology, a soon-to-be FDA-approved monitoring sticker for smartphones, measures phone users’ vital signs, notifying them if their health is abnormal.

“A couple of people came up to me expressing their passion for helping female founders,” said Chief Medical Officer and Co-Founder Robin Deterding. “It was wonderful to meet people who wanted to tackle diversity issues and encourage the success of female CEOs.”

Bringing Investors to the Front Range

Philadelphia-based Osage University Partners — an investment firm that specializes in commercializing university and government laboratory research — was drawn to Destination Startup because it provided a terrific opportunity to see some of the best technologies from the Colorado ecosystem in one place, said Senior Associate David Dorsey.

Pascal Krotee, investment associate at Kairos Ventures in Beverly Hills, CA, echoed Dorsey’s statement. “As investors in early-stage, scientific innovation emanating out of research labs and institutions, this was the perfect venue for us to get exposed to the types of startups we like to support,” she said. 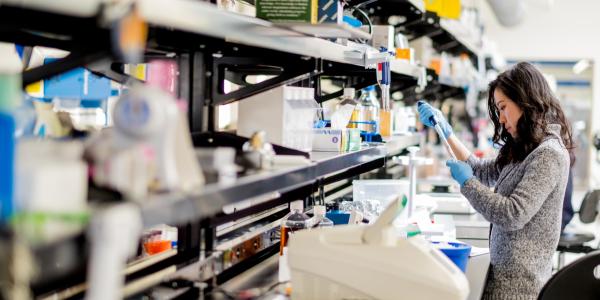 Commercialization activities led by Venture Partners at the University of Colorado Boulder had an economic impact of $8 billion nationally and $5.2 billion in the state of Colorado over the last five years, according to a new report from the Leeds School of Business. END_OF_DOCUMENT_TOKEN_TO_BE_REPLACED 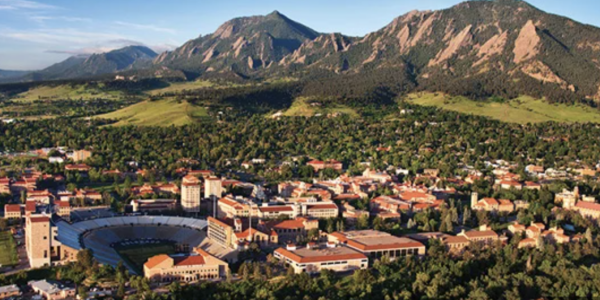 From Tech Transfer Central — Since launching its Licensing with EASE® express agreement for start-up entrepreneurs in 2018, CU Boulder has seen its number of startups “increase dramatically,” according to Brynmor Rees, associate vice chancellor for research & innovation and managing director of Venture Partners. END_OF_DOCUMENT_TOKEN_TO_BE_REPLACED 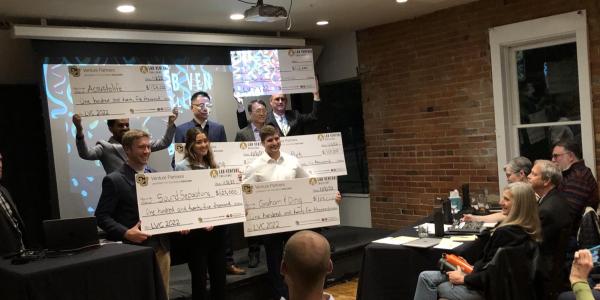 Twelve teams of University of Colorado faculty, researchers and graduate student innovators competed for a combined $1.25 million in startup funding grants in this year’s Venture Challenge (LVC). END_OF_DOCUMENT_TOKEN_TO_BE_REPLACED
Categories:
Tags:
Return to the top of the page