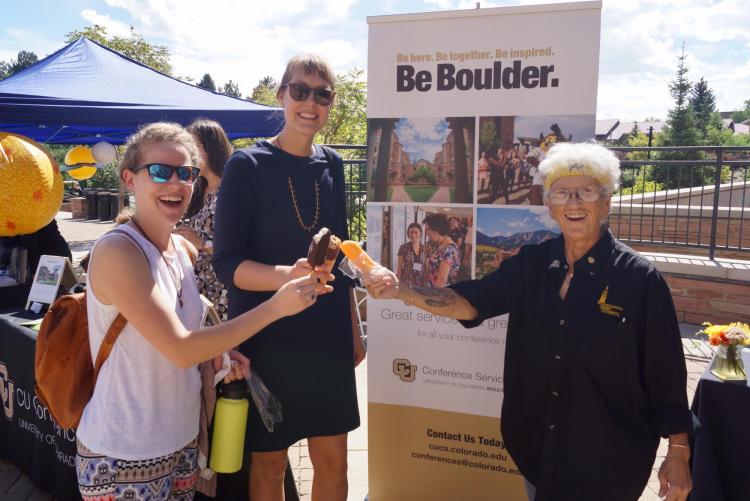 Kathleen (Kat) McGovern will be joining Margaret Kneebone and Earl Lambeth in the rarified air occupied by honorees who have been awarded Lifetime Membership on the CU Boulder Staff Council.

Kat is retiring after working at CU as a Journeyman HVAC Mechanic/Machinist for the last twenty-four and a half years. While she told us it was a “fluke” that she got a job with the university, those of us who know her might claim it was more likely a stroke of divine intervention.

A quarter century ago, it was uncommon for a  woman to be programming and running computerized numerical control (CNC) machines and doing the heavy lifting required for milling parts for industrial applications. Prompted by a friendly manager at the company she worked for, Kat decided to apply for a job at CU. After filling out the application, she was asked to come back to be tested for her skills, along with nineteen other qualified male applicants Kat scored second highest among the group and CU offered the job to the guy who scored first.

A few weeks later, the phone rang at Kat’s house and the person on the other end of the line offered her the CU job. Apparently, the fit wasn’t right for the person they hired. Kat thought a friend of hers was playing a practical joke, and quipped, “Yeah, right! Very funny!” and hung up. Moments later the phone rang again. “Don’t hang up! Seriously, this is Andy Ernst at CU, and we are offering you the job--for real”. As they say, the rest is history.

Many of you have interacted with Kat, be it in the context of HVAC work, or in her role as  Facilities Management Staff Council representative, where she has served for seventeen of her twenty-four years here at CU.

Kat exemplifies authenticity. She says what she means and means what she says. Those of us in Staff Council have noted the integrity she brings to conversations when she questions Council direction and seeks to understand more fully the issues under debate. Kat exemplifies commitment. She is proud to acknowledge the receipt of her nineteen-year sobriety chip. The tattoo on her forearm is a constant reminder for her of her unique brand of spirituality, and the date her sobriety began.

Serving humanity will be a primary component of Kat’s retirement plan. She looks forward to furthering her regular volunteer work with an international prison ministry, Kairos . Kat makes regular visits to the Denver Women’s Correctional Facility, leads a bible study fellowship, leads an alcohol recovery class at Flatirons Community Church, and raises money by selling various handcrafted items and photographs of her creations in order to help fund travel expenses to remote international ministries for the Kairos Pastors.

Lest you think Kat will dispense with activities pursued solely for the pure fun of it, know that she will still be found tooling about on one of her “scooters”. Currently, her main ride is a new-ish Spyder CanAm, but she can be found on occasion aboard her 2012 Harley Davidson FLD Dyna Switchback, on which she has already amassed 67,879 miles as of this writing.

One of the ways Kat mixes her passions for giving, and for riding her motorcycle, is by participating in the annual Run for the Wall , a coast-to-coast fundraising motorcycle ride to raise awareness about veteran’s issues. As Kat put it, “It is a passion I intend on doing again; I have gone all the way three times, in remembrance of all who served and the men and women who gave their all”.

Kat, you are truly an inspiration to all that know and love you! We wish you all the best and will look for you as you continue to help marshal at Commencement, and when you grace us with your presence at the monthly Staff Council meetings. Godspeed! 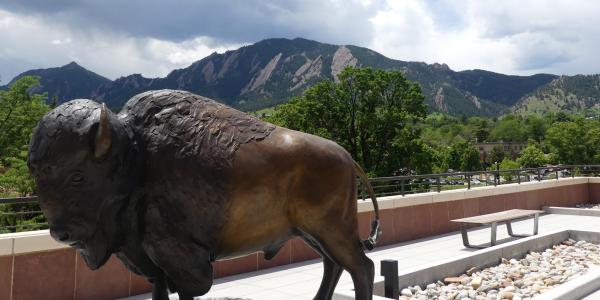 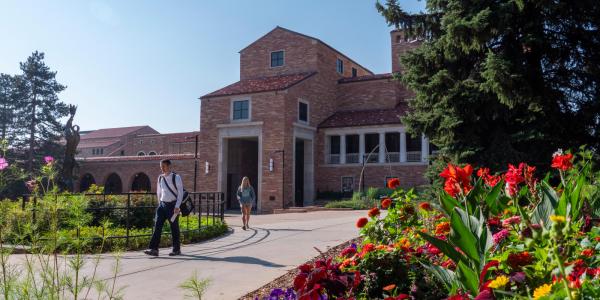 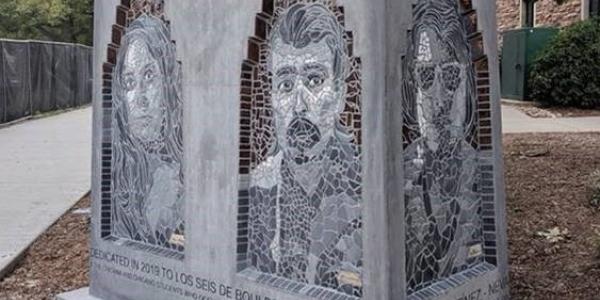 BCSC Letter of Support for the Los Seis Sculpture

At their monthly meeting yesterday, October 9th, Boulder Campus Staff Council unanimously approved their letter... END_OF_DOCUMENT_TOKEN_TO_BE_REPLACED
Return to the top of the page
Contact Us