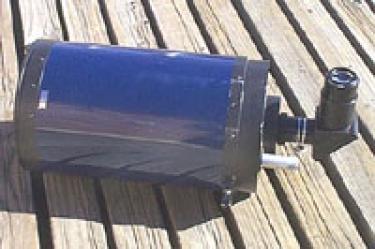 One is a Celestron (on long-term loan from John Bally) that was mounted piggyback on the 18-inch telescope and used for CCD imaging. The second is a Meade that can be either tripod- or pier-mounted.

The equatorial mount for the Meade is also used as a separate motor-driven platform for 35-mm camera astrophotography.

Strictly speaking, the 8-inch Schmidt camera from Celestron is not really a telescope at all. There's no place for an observer to see what the instrument is "seeing".

Instead, one mounts a small piece of 35mm film into a curved-surface magetic holder, and then attaches the film holder at the focal plane of the instrument through an access hatch. 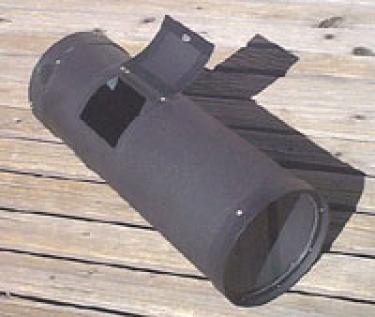 Exposures begin the moment the observer removes the cover from the film chip.

Although the camera comes with its own tracking equatorial mount, it has seen most of its use in past years mounted piggyback on the 24-inch telescope. Essentially, using the large telescope as an accurate and very stable tracking platform.

The extraordinarily wide-field of view of the Schmidt permits panoramic photography of the skies, such as this portrait of Halley's Comet passing the Pleiades, or this wide-field view showing the spiral arms of M31, the Andromeda Galaxy.

We've tried to put together packages that make these telescopes the most portable and generally versatile, including: 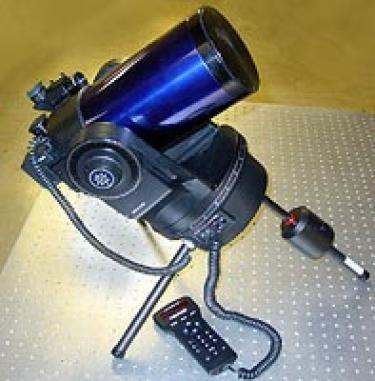 The Observatory's two 5-inch Schmidt-Cassegrain Celestron telescopes are the workhorses of our small telescope collection (and they certainly show the signs of the wear!). 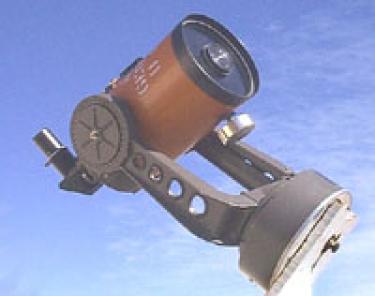 When mounted on the open observing deck, their relatively-short focal lengths permit observers to see the entire Moon at a glance, rather than only a few craters at a time through the larger scopes.

In addition, their rugged lightweight construction makes them good choices for tripod mounting and transporting to dark sites for star-parties.

Also in 2001, we added our favorite portable telescope for taking out in the field for backpacking, the Edmund Scientifics Astroscan 2001 telescope, with an aperture of 4 1/8 inches. 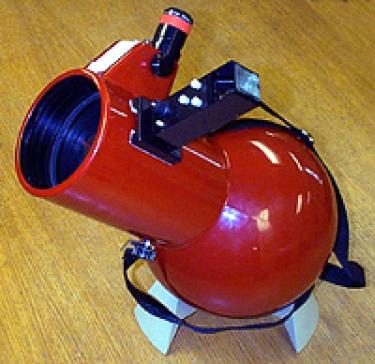 This novel and rugged little telescope doesn't need any form of tripod other than its own base, on which the ball of the base slides around almost like a Dobsonian.

You won't get high magnification out of this scope, but you will get spectacular views of the moon, birds, and whatever.

The Observatory's three Maksutov-Cassegrain Questars are generally considered to be the "cadillacs" of small telescopes.

Although the small aperture, 3.5 inches in diameter, only gathers half the light of the 5-inchers, the telescopes produce extremely crisp images at all magnifications.

The Questar's compact and integrated design, with through-the-eyepiece finder with flip-in solar filter, built-in 2X barlow lens, sliding light shade, and three-leg tripod mount, makes this instrument an ideal choice for easy transportation and set-up at remote sites - it's usually not necessary to bring lots of additional accessories, because almost everything is already built in.

But users should beware - the controls for these scopes are quite different from the "standard" Cassegrain types, so a bit of practice is advisable before taking them out under dark skies! 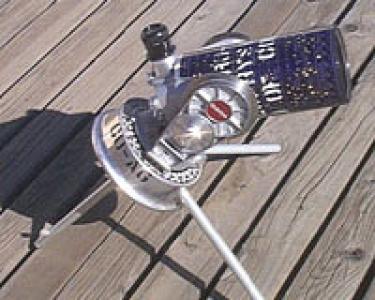