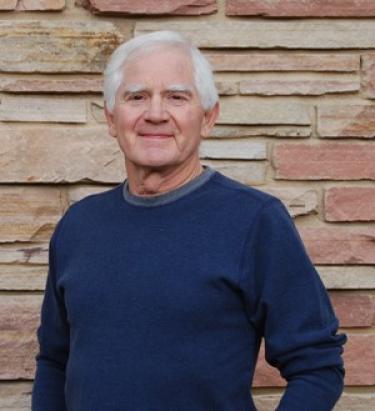 Sam Gill has researched and taught world dance history for more than a decade at the University of Colorado at Boulder. His recent writings on dance are “SalsAmigos: Teens Dancing Health and Happiness” and Dancing: Stepping to the Rhythms of Life. In 1999, he co-founded, with his daughter Jenny, Bantaba World Dance and Music in Boulder, where thousands have been offered dance, music instruction and performances from dozens of cultures throughout the world. For the last six years, Sam has taught salsa in several forms to hundreds of dancers of all ages and levels. In 2003, Sam organized and began coaching a group of teenage girls—Salseritas—who performed widely and competed internationally. They do the rueda de casino form of salsa. In 2005 and 2006 the Salseritas took fourth place at the annual “Cuba Baila!” international rueda competition in Vancouver (see www.dancerueda.com for videos of the Salseritas). The Salseritas has now become an all-ages women’s salsa performance group.

Sam has also taught rueda de casino sessions many times at New Vista High School in Boulder. In 2006 Sam founded SalsAmigos, a non-profit devoted to teaching salsa (rueda de casino style) to teen agers (see www.SalsAmigos.org and www.SalsAmigos.blogspot.com. Through his work with young people, Sam has developed an approach that teaches all dancers both “lead” and “follow” parts—a significant innovation in the form and in the benefits to the participants. SalsAmigos was recently awarded a multi-year grant from the Youth Opportunities Board of the City of Boulder. Sam also teaches bachata and bolero. His most recent salsa teaching is called Salsa Challenge, an intensive technique and fundamentals based course to train salsa dancers (www.DancingCircle.com).

Professor Gill is a frequent blogger on a wide variety of topics. Recent topics include "The Example: Implications of Exemplification," "Bias as Interest," "The New Education: Digital Media Enables Whole Bodies," "Children Imagination and Philosophy," and "Crises and Opportunities.” See www.Sam-Gill.com under "blog" tab for more. He also has a large number of podcasts and videocasts on various websites including a 14-lecture podcast series on "Brain Body Movement" and a six videocast series on how dancing contributes to youth education. Gill’s most recent academic piece "Dancing as Making" is also available as a 2 podcast series.