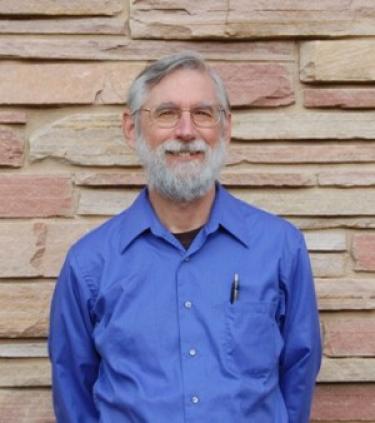 Professor, (Ph.D., Temple University) studies issues of war and peace and U.S. foreign policy from the perspective of a historian of religions. His research focuses on the history of the discourse of national insecurity in the U.S. Currently he is writing on the roots of that discourse in the era of Franklin D. Roosevelt. His most recent books are American Nonviolence: The History of an Idea; Monsters To Destroy: The Neoconservative War on Terror and Sin; Apocalypse Management: Eisenhower and the Discourse of National Insecurity. He is also the author of Nuclear Madness: Religion and the Psychology of the Nuclear Age, Eisenhower's Atoms for Peace, General Eisenhower: Recently, he has taught Judaism, Religion and Nonviolence, Religion and Contemporary U.S. Society, and Religion and U.S. Nationalism. In addition to his own website (http://spot.colorado.edu/~chernus), he also has a blog devoted to his popular writing on Israel, Palestine, and the U.S. (http://chernus.wordpress.com) .

Ira Chernus began his academic career studying the history of religions, in particular the history of Judaism, with special emphasis on rabbinic Judaism and Jewish mysticism (the subject of his doctoral dissertation). During the early 1980s he became active in the antinuclear movement and decided to apply his academic skills as an historian of religions to studying the cultural and symbolic meanings of nuclear weapons. That led him to a whole new direction for his research and teaching, a focus on issues of war and peace, especially in the United States, which in turn led to a larger interest in U.S. foreign and national security policies and in the peace movement as a counter-voice to the mainstream views on these issues. His main interest is in the cultural construction of discourse about these topics, though he also closely follows political and economic concerns too.

He has now completed a large project on President Dwight D. Eisenhower and his impact on our discourse. This project gives special attention to Eisenhower's policies toward, and talk about, nuclear weapons and nuclear disarmament. He has also recently published Monsters To Destroy: The Neoconservative War on Terror and Sin, a book about the connections between conservative religion, "moral values," and national (in)security policy in the Bush administration and among its supporters. A few years ago he published a textbook, American Nonviolence: The History of an Idea, which covers the intellectual history of nonviolence since colonial times. It provides useful background for understanding the antinuclear and peace movements during the cold war. His current research is on the origins of the national insecurity state during the presidency of Franklin D. Roosevelt.

In addition to his academic writing, he has for many years written for the popular press, beginning in the 1980s with a regular op-ed column in the Colorado Daily and occasional op-eds for the Boulder Daily Camera. His columns have also appeared around the county in papers like Atlanta Constitution, St. Louis Post-Dispatch, Miami Herald, Houston Chronicle, and Denver Post. In recent years his popular commentaries have appeared most often online. He writes regularly for www.commondreams.org and www.tomdispatch.com His radio commentaries can be heard on KGNU, 88.5 FM (www.kgnu.org) every other Thursday between 8:15 and 8:30 AM.. His favorite themes include the discourse and cultural context of current political affairs, nuclear weapons and military policy issues, Israel and its relations with Palestinian and other neighbors, and educational issues.