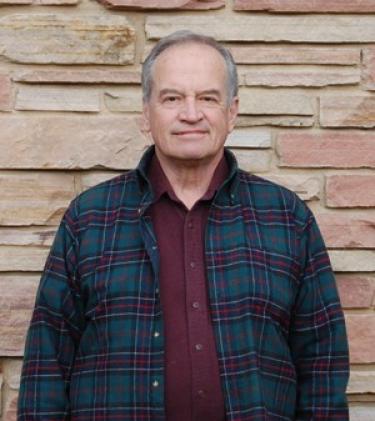 Frederick Denny, Professor Emeritus (Ph.D., University of Chicago), is the editor of the University of South Carolina Press scholarly book series "Studies in Comparative Religion", which currently has ca. 35 titles published. He is the author of An Introduction to Islam (4th edition Prentice-Hall, 2010) and numerous articles on Islamic and Religious Studies topics. He co-authored (with John Corrigan, Carlos Eire, and Martin Jaffee) Jews, Christians, Muslims: A Comparative Introduction to Monotheistic Religions (Prentice-Hall: 1998). His long-term areas of interest have been Qur'anic recitation, comparative ritual, and Muslims and their communities in Egypt, Pakistan, Southeast Asia and North America. His recent and current research and writing have been principally on Islam and human rights, religion and ecology, religion-focused cartography, and Unitarian Universalist history and thought.

A.B. in Philosophy from the College of William and Mary, 1961; Bachelor of Divinity from Andover Newton Theological School, 1965; M.A. and Ph.D., University of Chicago, 1969 and 1974). Denny, a Vermont native, is Professor Emeritus of Islamic Studies and History of Religions, having served on the CU Religious Studies faculty from 1978 to 2005. Before that he held faculty positions in Religious Studies at Colby Junior College for Women (in New London, NH; now Colby-Sawyer College, a four-year co-educational institution), Yale University, and the University of Virginia. Denny is the founding editor (since 1985) of the University of South Carolina Press scholarly book series "Studies in Comparative Religion," which currently has ca. 35 titles published. He is the author of the widely used college textbook An Introduction to Islam (4th edition, 2010) and numerous refereed scholarly articles and book chapters on Islamic and religious studies topics. He has published four co-edited volumes (e.g. Islam and Ecology: a Bestowed Trust, with Richard C. Foltz and Azizan Baharuddin, Harvard University Press, 2003), many reference articles (in Encyclopaedia of Islam, The Encyclopedia of Religion etc.), and has served on the editorial boards of five scholarly journals (The Muslim World, Journal of Ritual Studies, Teaching Theology and Religion, The Journal of Islamic Law and Culture, Studies in Contemporary Islam). He co-authored (with John Corrigan, Carlos Eire, and Martin Jaffee) Jews, Christians, Muslims: A Comparative Introduction to Monotheistic Religions (2 volumes, Prentice-Hall: 1998; 2nd edition to appear in 2011). He was lead editor for Atlas of the World's Religions, 2nd edition (Oxford University Press, 2007; the late Ninian Smart was lead editor for the 1st edition, published in 1999). -- In the area of professional service, Denny served for six years on the national board of Theta Alpha Kappa: National Honor Society for Religious Studies/Theology (our chapter is Alpha Beta Theta, founded in 1994) and for eleven years on the national board of directors of the American Academy of Religion. -- His current research and writing is on Islam and Muslims in the contemporary world, religion and ecology (particularly Islamic water law and customs), religion and human rights, and Unitarian Universalist thought and hymnody in history and the present. His areas of interest also encompass Qur'anic studies, comparative ritual, Muslim life in Malaysia and Indonesia, and Islam and Muslim communities in North America.