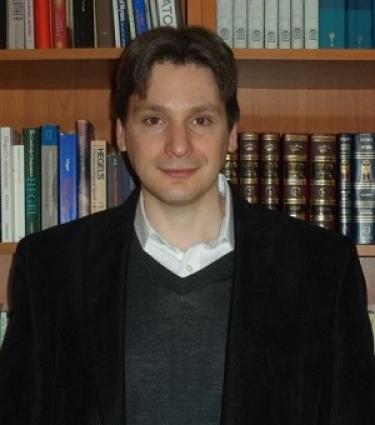 Elias Sacks joined the University of Colorado faculty in 2012, and works on the Jewish tradition, religious thought, and theories and methods in the study of religion.  After receiving his A.B. from Harvard University and studying at the Hebrew University of Jerusalem, he earned an M.A. in Religion from Columbia University (2007) and a Ph.D. in Religion from Princeton University (2012).  His research focuses on the modern period, with particular areas of interest including Jewish thought, Jewish-Christian relations, philosophy of religion, religion and politics, hermeneutics, and religious ethics. His first book, Moses Mendelssohn’s Living Script: Philosophy, Practice, History, Judaism (Indiana University Press, 2017), explores the account of Jewish practice developed by Moses Mendelssohn, the eighteenth-century philosopher generally seen as the founder of modern Jewish thought.  Reading Mendelssohn’s well-known German works alongside his neglected Hebrew writings, the book calls for a far-reaching reassessment of this influential figure, recovering previously unrecognized arguments by Mendelssohn about philosophy, citizenship, and religious authority, and showing that his thought has much to offer broader conversations about modernity and religion.  Sacks is currently working on a second book, Nachman Krochmal and the Struggle for Modern Jewish Politics, on Nachman Krochmal (1785-1840), one of modernity’s first Eastern European Jewish philosophers.  His recent and forthcoming articles explore Mendelssohn, Krochmal, and other figures in medieval and modern Jewish thought, including Moses Maimonides, Baruch Spinoza, Hermann Cohen, Franz Rosenzweig, and Jacob Taubes.  Sacks also serves as a translator for a new English edition of Mendelssohn’s writings (Brandeis University Press, 2011, finalist for the National Jewish Book Award), along with a new collection of Cohen’s works and an anthology of responses to Spinoza (Brandeis University Press).