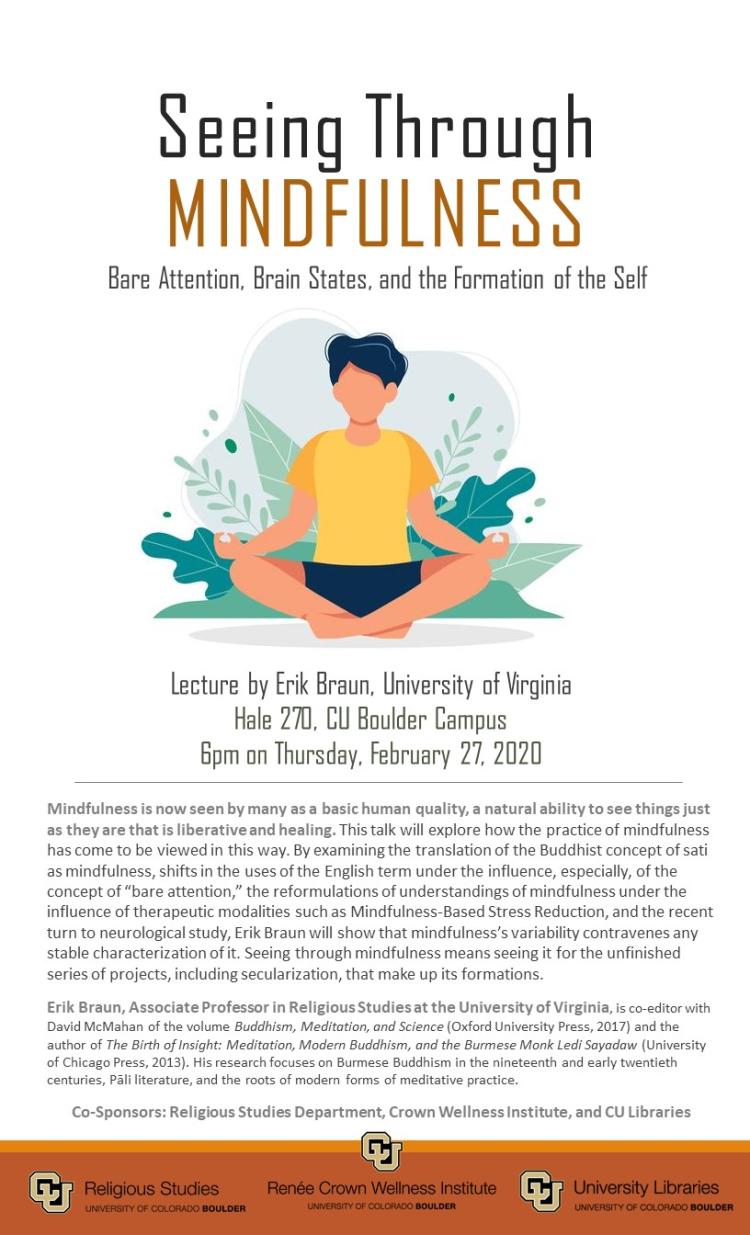 Please join us for a lecture by Erik Braun (University of Virginia) on "Seeing through Mindfulness: Bare Attention, Brain States, and the Formation of the Self." The lecture will take place at 6pm on Thursday, February 27 in Hale 270. It is co-sponsored by the Religious Studies Department, Crown Wellness Institute, and CU Libraries in conjunction with the Contemplative Resource Center.

"Seeing through Mindfulness: Bare Attention, Brain States, and the Formation of the Self"

Mindfulness is now seen by many as a basic human quality, a natural ability to see things just as they are that is liberative and healing. This talk will explore how the practice of mindfulness has come to be viewed in this way. By examining the translation of the Buddhist concept of sati as mindfulness, shifts in the uses of the English term under the influence, especially, of the concept of “bare attention,” the reformulations of understandings of mindfulness under the influence of therapeutic modalities such as Mindfulness-Based Stress Reduction, and the recent turn to neurological study, Erik Braun will show that mindfulness’s variability contravenes any stable characterization of it. Seeing through mindfulness means seeing it for the unfinished series of projects, including secularization, that make up its formations. 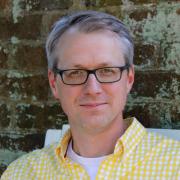 Erik Braun, Associate Professor in the Department of Religious Studies at the University of Virginia, is co-editor with David McMahan the volume Buddhism, Meditation, and Science (Oxford University Press, 2017) and author of The Birth of Insight: Meditation, Modern Buddhism, and the Burmese Monk Ledi Sayadaw (University of Chicago Press, 2013), which was a co-winner of the Toshihide Numata Book Prize in Buddhism in 2014. He received his Ph.D. in the Study of Religion from Harvard University, and his research focuses on Burmese Buddhism in the nineteenth and early twentieth centuries, Pāli literature, and the roots of modern forms of meditative practice. Currently, he is working on a book project about contemporary transformations of meditative practice on the global stage.