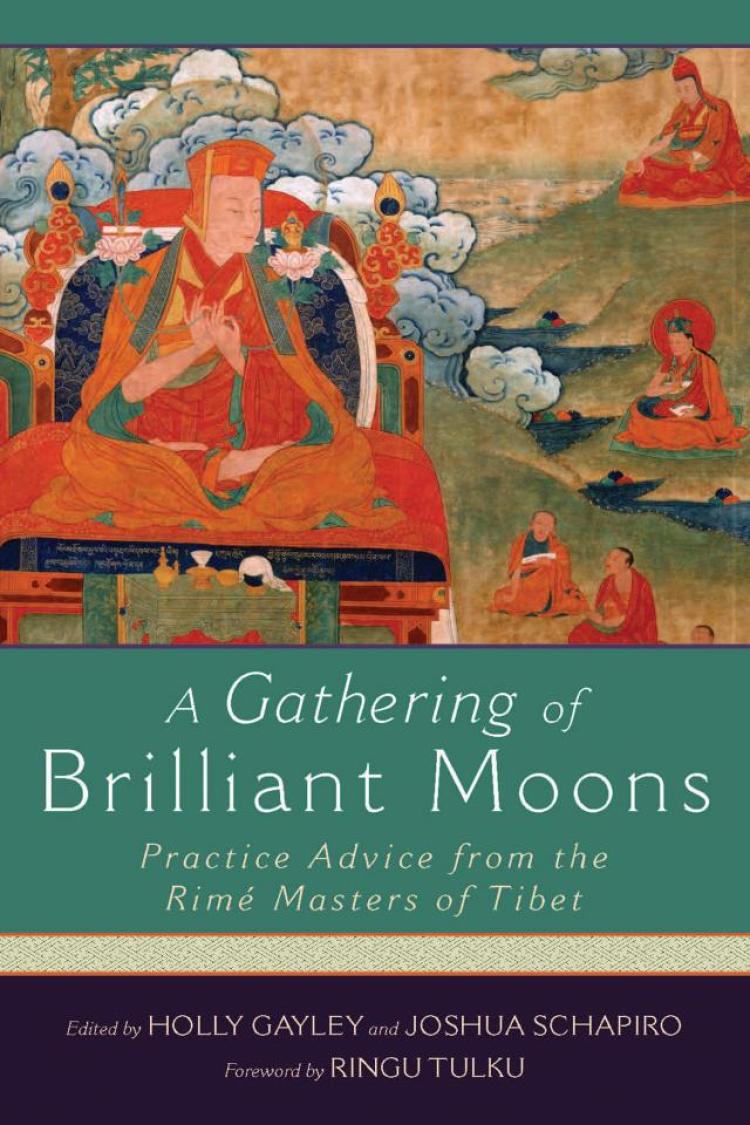 A Gathering of Brilliant Moons:
Pratice Advice from the Rimé Masters of Tibet

Even though scholars and translators have been working with Tibetan Buddhist primary source material and making their translations available in English in earnest over the last fifty years, a serious conversation about translation theory and method--as well as the literary qualities of Buddhist texts in Tibetan--is just beginning. These have taken place in translations conferences, such as the Tsadra Translation and Transmission Conferences in 2014 in Keystone, Colorado and in 2017 at CU Boulder, and in acedemic forums such as the AAR "Religion and the Literary in Tibet" seminar from 2010 to 2015 and its subsequent meetings. This anthology came about as a result of one such conference in April 2013 at CU Boulder, “Translating Buddhist Luminaries: A Conference on Ecumenism and Tibetan Translation," organized by Holly Gayley (CU Boulder) and Joshua Schapiro (Fordham University)

This anthology takes seriously a literary translation of Tibetan texts, focusing on the genre of shaldam or "personal advice" (zhal gdams), pithy works about meditation practice that mirror the oral transmission of advice between guru and disciple in poetic and colloquial forms. Just published by Wisdom, A Gathering of Brilliant Moons: Practice Advice from the Rimé Masters of Tibet contains nineteen such works by ecumenical masters including Patrul Rinpoche, Ju Mipham, Jamgön Kongrul, Dudjom Lingpa, Do Khyentsé and others from nineteenth-century Kham in eastern Tibet. You can view a sample on the Wisdom Publications blog, Professor Gayley's own translation of a letter that the Third Dodrupche, Jigmé Tenpai Nyima, wrote to a disciple about solitary retreat.

For more information or to order, visit: https://www.wisdompubs.org/book/gathering-brilliant-moons