In Memory of Horst Mewes

“Democracy always has to be protected and fought for, it doesn’t live by itself.” 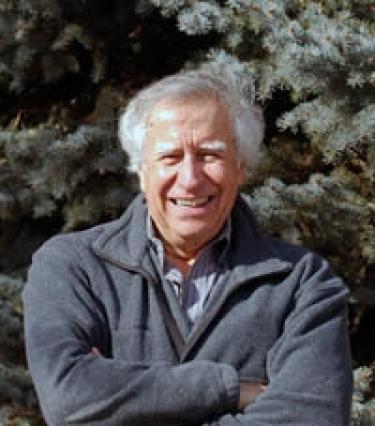 Horst Mewes, Associate Professor of Political Science at the University of Colorado, passed away suddenly and unexpectedly at his home in Longmont, Colorado, May 22nd, 2017, at the age of seventy-six.  His family and friends, colleagues, and students deeply mourn his loss.  Horst was one of the longest serving members of the CU department.  He was interested in an unusually broad range of topics in political philosophy, among them democratic theory, German political thought, political parties and movements, the theory and practice of citizenship in the United States and European Union, and the political thought of Hannah Arendt and Leo Strauss (with both of whom he studied).  Horst attended Beloit College as an undergraduate and received his M.A and Ph.D. from the University of Chicago in 1970.  While at Chicago he was awarded both a Woodrow Wilson Fellowship and a German Marshall Fund Dankstipendium.  His first teaching job was during this time, at Western Illinois University at Macomb in 1966 – 67.  From 1967 – 69, he taught at Trinity University in San Antonio, Texas.  At a party at the local Community Action Agency, he met one of his future colleagues, Bill Safran, who suggested that he apply for an opening at CU, Boulder.  Horst got the job and never looked back, remaining an active and beloved member of the Political Science Department for over forty years.

Horst grew up in Germany after the Second World War and came to the United States with his parents in 1955, at the age of fourteen.  Growing up in Germany left Horst with an abiding interest in twentieth century German history, a strong sense of the enormous damage that can be done if democracy is destroyed, and a strong commitment to teach students that democracy does not flourish without being actively defended.  His involvement in German academic life was extensive.  He travelled frequently back and forth between Germany and the United States, held visiting appointments in Tuebingen and Erlangen, lectured at Trier, Oldenburg, and the Free University of Berlin, received grants from the German Government, the Goethe Society, the German-Historical Society, and was a member of the Institute for North American Studies in Munich. He published a book in German, The American Political System, Theory and Practice, as well as over twenty book chapters and articles on such diverse topics as the German Green Party, American higher education as a model for Germany, and ancient Greek influences on German political thought.  Over time, however, Horst’s main interests shifted from Germany to Europe as a whole, and then to the European-US Atlantic Community.  In 2010, he received the EU Commission/US Department of Education Atlantis Excellence Grant to fund the exchange of students and faculty between CU, Catolica University in Lisbon and various German universities. The exchange focused on the study of EU/US citizenship, a topic on which Horst regularly taught in both Boulder and Lisbon.  It was typical of Horst that he was excited to get to know another country, Portugal, through this new scholarly enterprise.

As already noted, Horst trained with both Hannah Arendt and Leo Strauss and maintained an interest in their political thought throughout his career.  One result of this interest was a co-edited collection of essays by leading German and American scholars, Hannah Arendt and Leo Strauss:  German Émigrés and American Political Thought after World War II.  This collection explored Arendt’s and Strauss’s distinctive analyses of the American experience and well as their unique contributions to American political philosophy and political science.  Another result of his life-long interest in Arendt was a monograph, Hannah Arendt’s Political Humanism, which explored various tensions in Arendt’s conception of politics as a distinctive realm of human action, freedom, self-display, and human greatness.  In this work, Horst focused on a theme that fascinated him throughout his intellectual career and that also drew him to theorists such as Benjamin Constant and Alexis DeTocqueville, namely, the problem of achieving a workable synthesis of ancient and modern ideals of citizenship.   Although his study of Arendt contains a great many insights, perhaps its most original and striking contribution is Horst’s exploration of the similarities and differences between Arendt’s idea of politics as a realm in which human greatness most clearly appears and the American Framers’ preoccupation with fame as “the ruling passion of the noblest minds.”  Horst also explored the political significance of the desire for recognition in the political theory of Scottish Enlightenment thinkers, especially Adam Smith.

Smith’s Theory of the Moral Sentiments was the topic of just one of many Liberty Fund conferences that Horst organized during his career.  The range of topics discussed at thee conferences illustrates well the unusual breadth of Horst’s intellectual interests.  Between 2000 and 2014, he organized conferences on subjects as diverse as the thought of Michael Oakeshott, German and Italian post-war constitutions, the idea of freedom in the Federalist papers, the collapse of Soviet Communism in Eastern Europe, liberal democracy and totalitarianism in the 20th century, individualism in Emerson and Thoreau, constitutionalism in Kant and Hegel, Goethe’s Faust, religion and politics in the Thirty Years War, and the collapse of the Weimar Republic.  Horst published scholarly articles on many of these topics, as well as on religion and politics in America, the political thought of Karl Marx, and trade union power in capitalist democracies.  At the time of his death, he was hard at work on a book about modern democratic theory, tentatively entitled “Transformations:  The Private and Public Spheres in Liberal Democracy.”

It will be as a cherished teacher and colleague that Horst will be most remembered by those who knew him, however.  He served as Director of the department’s Honors Program for many years and is fondly remembered by the both undergraduate and graduate students as a friendly and supportive teacher who communicated a passion for his subject.  As a colleague, he was always reasonable, thoughtful and generous.  In conversation he often became quite excited about ideas, but his enthusiasm was always leavened by a wry sense of humor.  He was a deeply kind man. His wife, Karen Parish, his son, Dirk Mewes, stepson, Matthew Cochran, and his six grandchildren, survive him.  He will be greatly missed. 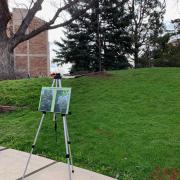 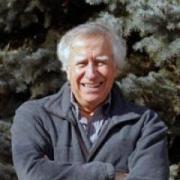 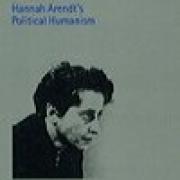 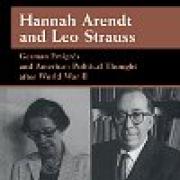 Hannah Arendt and Leo Strauss: German Émigrés and American Political Thought after World War II
Return to the top of the page