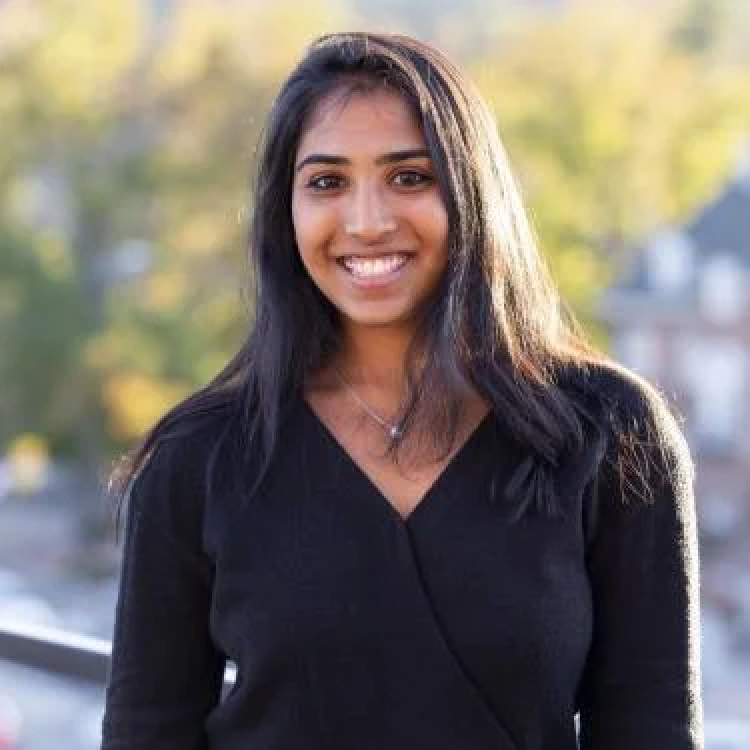 Successfully completing a degree as a triple major is a rare feat for anyone, but Kavya Kannan (CU, '22) managed to do it while serving as CU's student body president and while being an activist for several different causes at CU and abroad. Her efforts earned her one of the most prestigious awards at CU: Outstanding Graduate in the College of the Arts and Sciences. This award goes to one person from among the thousands of graduates that finish with a major in arts and sciences each year. Kavya graduated this past spring summa cum laude in Political Science with majors in International Affairs and Economics as well. As she compiled this impressive academic record, she also worked to increase access to women’s healthcare products on campus and to create a fund for sexual assault survivors. In her last few weeks at CU, she helped organize a 5-kilometer footrace to raise money for the latter. In a recent interview for this newsletter, Kavya discussed the impact of being a Political Science major at CU on her outlook and future career trajectory.

Kavya's interest in Political Science with an emphasis in the international realm began as a freshman when she took "Russian Politics" with Professor Sarah Wilson Sokhey. In this class, Kavya was encouraged to focus on one subject area and to “really get a thorough understanding of it.” She chose to focus on sex trafficking in Russia, and her work eventually got published and helped lay the foundation for her senior thesis. This and other courses in Political Science taught Kavya that “there is more than one side to any issue and that all sides of the issue are valid.” In turn, she says that “it is very easy to have our own beliefs, but the true test of how committed we are to those beliefs is being able to argue them in front of others who don’t share the same beliefs.” Kavya credited her ability to effectively argue and communicate her ideas and beliefs to the various essays, debates, and discussions routinely held within Political Science classes.

Outside the classroom, Kavya was able to translate the quantitative and qualitative analytical skills she learned from her Political Science degree to two different internships. Initially, she interned at a think tank in Washington, DC, called the “Foundation for the Defense of Democracies.” While there, she conducted research on China’s threat to US hegemony. She also interned at the DC Public Defender’s office, where she observed the federal and state courts at work and further developed her professional writing and research skills.

Kavya finished her studies in CU Political Science by writing an honors thesis entitled "The Variation in Female Sex Trafficking across Indian States and Union Territories." In her thesis, she focuses on female sex trafficking rates in India and seeks to explain why rates are higher in some parts of the country than in others. Kavya investigates correlates of sex trafficking such as women’s education about HIV/AIDS, the effectiveness of contraceptive methods, and poverty. Ultimately, her thesis is “important in demonstrating the nuanced nature of sex trafficking and how solutions need to target not only socioeconomic factors but also financial empowerment conditions of women to be truly effective.”

Kavya accomplished a lot during her time at the University of Colorado, but she is not done creating a legacy for herself. Currently, she is traveling throughout Europe, and intends to start a new job this fall on the East Coast. After working for a few years, she plans to attend law school to become a lawyer to utilize her ability to effectively communicate and argue with individuals who share different ideas and values. According to Kavya, the CU Political Science Department has given her more than just an education—it has given her “a support system, an arsenal of tools for the real world, and truly a home."