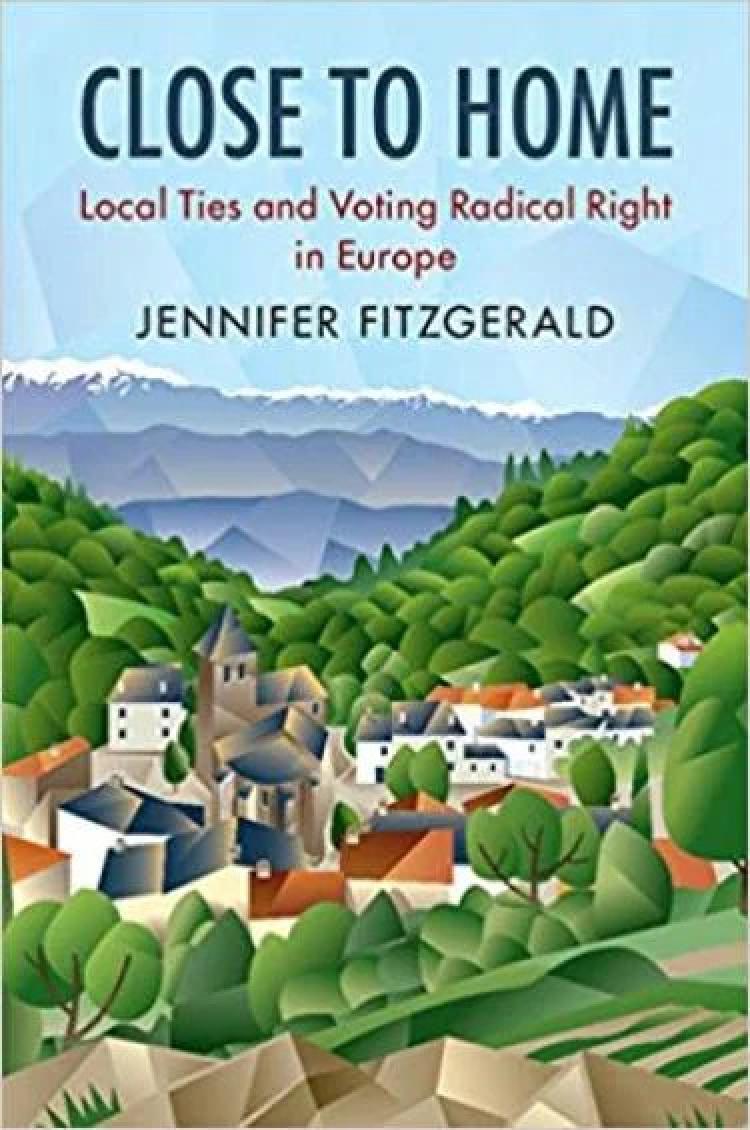 CU Political Science Professor Jennifer Fitzgerald was the 2018 recipient of the Best Book on European Politics and Societies, an award granted by a section of the American Political Science Association. Her pathbreaking book, Close to Home: Local Ties and Voting Radical Right in Europe, describes and provides a novel explanation for the recent rise of far-right political parties throughout much of Europe. In a version of the "all politics is local" axiom, Fitzgerald argues that voters with strong connections to and identities with their localities of residence—their villages, their towns, their cities—are the ones who have driven this rise. Fitzgerald answered several questions about her book for us.

What was the book about?

"The book is about radical right voting in Europe. Radical right parties have been growing in popularity over the last couple of decades. In Close to Home, I ask why some people vote for far right parties while others do not. I also explored the questions of when people first choose to vote for the radical right and when they might subsequently lost interest in doing so. Beyond looking at individual-level choices, I compared small-scale communities to each other to understand why the radical right is more popular in some places than in others. Finally, I also compared countries to each other. Most of the book focuses on France and Switzerland, but other parts of the book also include information about far-right voting in countries across Europe as well as the US."

What about your research interest led you to write this book?

"I have always been interested in extremist politics and in particular the question of what would make somebody support a far-right party. As I watched these parties' electoral support grow over time, I was reading the work by political scientists aimed at understanding why. One thing I noticed was that there was very little attention in the published work to local-level factors and to people's feelings about their local communities. There was a lot of really good research about national-level trends and themes, but not much focus on the small-scale places that people call home. So I applied for a Fulbright grant to conduct field work in France. With these research funds, I was able to spend several months in the Gironde department in the southwest of France. This was an area where the far-right National Front (FN, recently renamed the National Rally) was gaining ground rapidly. This part of the country was especially interesting to me because the region does not conform to typical far-right strongholds—namely post-industrial areas with high levels of unemployment. Instead, the Gironde is primarily made up of small towns and villages with healthy economies and high quality of life. Through side-by-side comparison, I asked what differentiated the communities with high FN support from those with little to no FN support. I talked with mayors from across the region to try to understand these communities and what matters to people who live there. Then I took the things I learned from these interviews and subjected them to a bunch of tests using quantitative and qualitative data from a range of different countries."

What are the main takeaways from the book and why are they important?

"Political scientists already knew that far-right voters view immigration and the European Union very negatively, but I still puzzled over the fact that not everyone who is anti-immigration and anti-EU votes for the radical right. One of the main things I learned through my research was that people with these attitudes who also feel closely tied to their local communities can be drawn to the far right. This happens when they perceive some kind of threat to their hometowns. It also tends to happen for individuals who love their communities but who are not actively engaged in them. Individuals who mainly stay at home and keep their distance from their neighbors and from clubs and organizations but who nonetheless feel strongly about their communities are especially likely to find the far-right appealing. I think one way in which these insights are useful is that it kind of pulls apart the idea of community ties. There are emotional ties, which can make the far-right more attractive, and active social ties, which can do the opposite. By combining field work with statistical analysis, I developed a framework for thinking about community ties as they connect with citizens' electoral decisions."

Why write the book when you did?

"The book took quite a long time to research and write. I was involved in some phase of the project for the better part of twenty years. This was partly because I was also working on other research projects. But I also needed a lot of time to process what I learned during my time in Europe and to package it in a way that would be useful for making sense of the ongoing trends across democracies."

Do you think the findings discovered in your research will continue or are there other factors at play?

"There are so many factors at play.  My research illuminates just one aspect of the broader story. But I do think that the local threat dimension will persist. For example, small communities — particularly in rural areas — are in many countries being combined into larger agglomerations. (One term for this is "municipal mergers.")  I have found that far-right parties do better in elections when and where this takes place because many people who feel devoted to their towns and villages find these mergers to be offensive and threatening. In turn, they find the appeals of far-right groups, which use rhetoric that romanticizes small scale community and local traditions, to be attractive."

Do you plan to continue doing research specific to this field and if so, how?

"I am working on several adjacent projects, including a study with two of our terrific graduate students (Mateusz Leszczynski and Sinan Nadarevic) on the ways that voting far-right makes people feel."