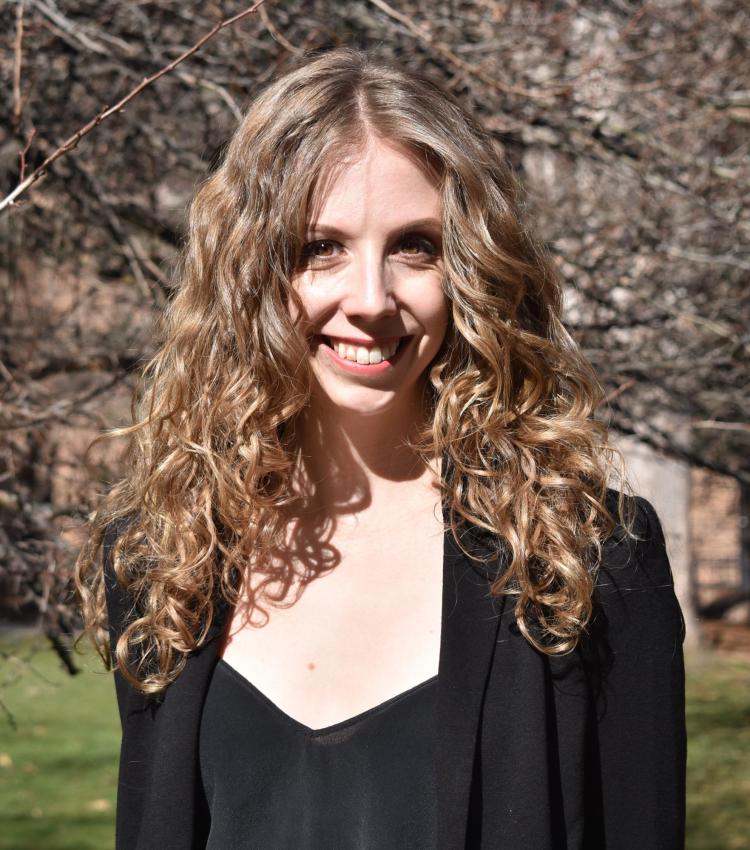 Congratulations to Kimi Killen, winner of the Fall Fellowship!

From the denigration of anti-Kavanaugh protesters as chaotic and mob-like to the characterization of participants in the Women’s March as “paid protestors” and the suspicion over #MeToo, incidences of feminists speaking up and being dismissed, denigrated, or even ignored are not isolated or rare. In fact, dominant systems and discourses of power are invested in maintaining feminist voices as “silly” and “irrational,” if not “dangerous.” In her dissertation, Kimi Killen addresses this problem, asking, “How do feminists get heard?” Scholars to date have been interested in engaging this question. However, they have asked this question in limited ways, confining their scope to how individual feminists get heard by dominant institutions and discourses (Wingrove 2016; Zivi 2012, 2016). By focusing primarily on the relationship between marginalized voices and the dominant order, political theorists fail to fully account for the effects feminists’ efforts to get heard have on those positioned outside the dominant order. Resultantly, the types of speech acts and practices understood as “successful” in getting feminists heard are severely limited, effacing practices that mobilize and activate other women.

In her dissertation, Ms. Killen addresses these gaps. She argues that by no longer focusing primarily on the dominant order’s reception of feminist claims, previously disparaged types of speech and protest can be recovered as politically viable, even successful, practices of getting heard for feminists. Through detailed analysis of select case studies, she argues that broadening the understanding of who is listening when feminists make political claims expands conceptualizations of what constitutes successful political speech as well as poses a challenge to dominant systems that silence, erase, or dismiss feminist claims of injustice.

This grant supports the research, completion, and presentation of two chapters of Ms. Killen’s dissertation. Specifically, this grant facilitates her goals of researching two chapters of her dissertation in fall 2020. Further, it enables Ms. Killen to develop one chapter to be presented as a paper on a panel accepted for the 2020 American Political Science Association (APSA) conference and proposed for the 2020 American Political Theory (APT) conference.

Check out her recognition on the Graduate School Award Winners page!