The Department of Political Science would like to congratulate Ph.D candidate Joby Schaffer on receiving the 2017 Inaugural Seligson Prize from Latin American Public Opinion Project (LAPOP). Both Schaffer and his co-author Andy Baker, an Associate Professor at CU, received high praise for their publication entitled Clientelism as Persuasion-Buying: Evidence from Latin America. 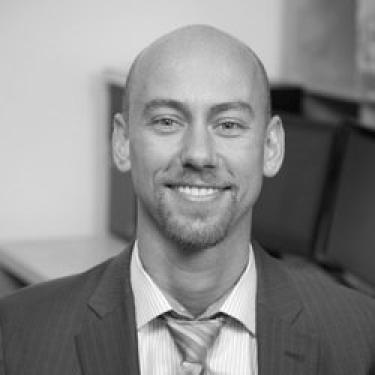 “Among those who study clientelism, there’s this question of given party machines having limited resources--they can’t just go out and give away food and other goods to just anybody--who do they target with clientelism; who do they go after to try and get their votes.

“A lot of scholars have suggested that clientelistic political parties attempt to directly buy votes, which means that they likely try to target people who are undecided in order to sway them to vote for their party. Other scholars say that clientelistic political parties instead try to buy people’s turnout, which means they likely try to buy people that are already loyal, that already care about the party’s positions, who they only have to get to the polls.”

The problem with the first explanation--vote-buying--is largely empirical. Those who have been targeted for clientelism also tend to report higher levels of partisanship. While this supports turnout buying, that strategy isn’t really cost-effective. There are other ways to more efficiently mobilize people.

“We were trying to find a way to balance those two out and address both of these puzzles. We came up with this idea that what these political parties are actually doing is targeting those in a community who tend to engage in political discussion. This comes with the expectation that these individuals will then attempt to persuade those in their personal networks. We call this ‘persuasion-buying.’ This is cost-effective because it creates a ‘multiplier effect,’ where I’ll give you some resources and I tell you to go out and start persuading those you’re close to to vote in the same way. So I’m not only getting your vote, but I’m getting these people around you because you have this network.

“It also works in terms of what we find empirically because we noticed in our analysis of data from the 2006 elections in Mexico that people’s partisanship gets stronger as the election gets closer. Our argument there is that once they’ve received some goods early on from a political party, they start to solidify their position in the direction of that party,” he said. “That allows us to make sense of why strong partisans get targeted benefits.”

The LAPOP award accepts papers that have been published one to two years prior to that year’s award recipient, so when Schaffer received notice he had won, he was pleasantly surprised. “I haven’t thought about this paper in over a year, and I had no idea that it was even been considered.”

Schaffer currently works in Denver as a researcher in a company that helps foundations, non-profits, and other social impact organizations use research and evaluation to improve their work. “The training that I got from CU in terms of doing quantitative and qualitative research is now being used to help these groups understand ‘are we being effective,’” he said. Schaffer plans on continuing his work there and remain in Colorado after he completes his Ph.D.

“Two things I learned through the process are that it takes a long time to publish a paper--this started in 2011, we published in 2016," he said. "And it’s really useful to rely on professors that have a ton of experience and are not only smart but know how to engage with other scholars to get feedback and know how to navigate the process of getting published. For me, it was invaluable having someone like Dr. Baker on the paper. He came in and did so much work to improve it.”

The university is proud to have academics who are dedicated to understanding the global community in a way that allows for deeper connections and learning opportunities to be made.