The Department of Political Science would like to congratulate Ph.D candidate Tim Passmore on his receiving the Horowitz Foundation for Social Policy grant of 2016. Passmore was one of 20 to receive this national grant out of 670 applicants. In addition to this grant, he received the Harold D. Lasswell Award for the most outstanding project in international relations.

Being awarded this competitive grant was beyond anything Passmore expected. “I got the letter in the mail,” he said. “It arrived earlier than they said I would hear, so I thought I was part of the first cut,” he said. This grant will help Passmore continue his research in finishing his dissertation and other fieldwork opportunities he’ll plan for the end of the summer. 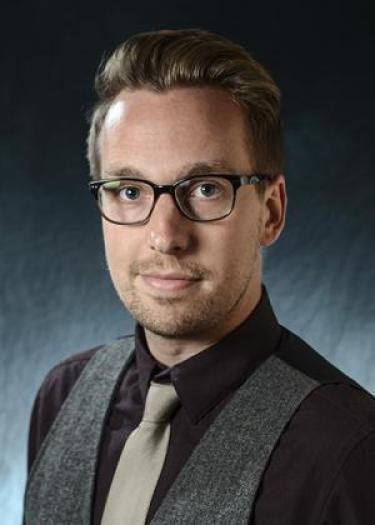 His dissertation, Pacifying the Peacekeepers, focuses on United Nations peacekeeping operations. These operations take place in countries of conflict where members of the UN send their own military into these missions. There are currently 16 missions occurring worldwide with more than 91,000 military personnel made of a variety of countries.

The question Passmore asks is understanding what countries are contributing to these peacekeeping missions and why. “So we intend to think that if you send your military, you have certain connections with the country that has a conflict, but actually, it could be that you just want to reap some benefits for your own domestic policy,” he said.

When a country becomes a democracy, their militaries lose status, influence, and often times government funding. This loss of power can be frustrating to the military, and this plays a factor in destabilizing their democracy.  Recently-democratized states are thus at risk of falling back into a military dictatorship.

The UN peacekeeping missions are a strategy used to distract and placate these militaries. “By sending them to foreign missions,” Passmore explains, “they’re out of the way; they can’t incite a military coup. They’re paid by the United Nations, trained, and kept active. This reduces the domestic threat of the military.”

Another critical benefit is that “it frees up government money to spend on other social spending, important in a democracy.” These changes hopefully strengthen the democracy and reduce domestic problems.

Although Passmore’s background is in terrorism studies and international security, his advisor, Megan Shannon, an associate professor at CU, had been conducting research in UN peacekeeping while he was a research assistant for her.

“I think the more I got into it, the more I realized there were a lot of unanswered questions in this area. This is a phenomenon that’s happening now and it’s attempting to alleviate conflict and suffering in various countries,” he said. “Any research that can contribute to understanding how to better carry that operation out would make it all the more worthwhile doing.”

Other exciting opportunities he looks forward to are traveling to both San Francisco to present the second instalment of his dissertation and the UN headquarters in New York to conduct interviews with staff there.

Passmore attributes the majority of his success to the community in the political science department. “CU has been a great place to study and I’ve had a very good experience the last four years here. The political science department is very close-knit. We have a very supportive faculty,” he said. “I don’t think I would’ve had the same opportunities at another university. It’s just been a very collegial environment. I’m very grateful for that.”

His gracious advice for the CU community is as follows: “I think one thing that has become very apparent to me is the importance of character. No one really talks about personal character anymore. Society talks about process, efficiency, and success at any cost, but I’ve found that in my experience, character is one of the most significant predictors of success.”

Passmore emphasizes that working hard at the little things with integrity is what prepares and sets one up for moving on to greater challenges. His sincerity and humility are evident in his appraisal of both his personal achievements and experience at CU, and we wish him the best in his next projects.