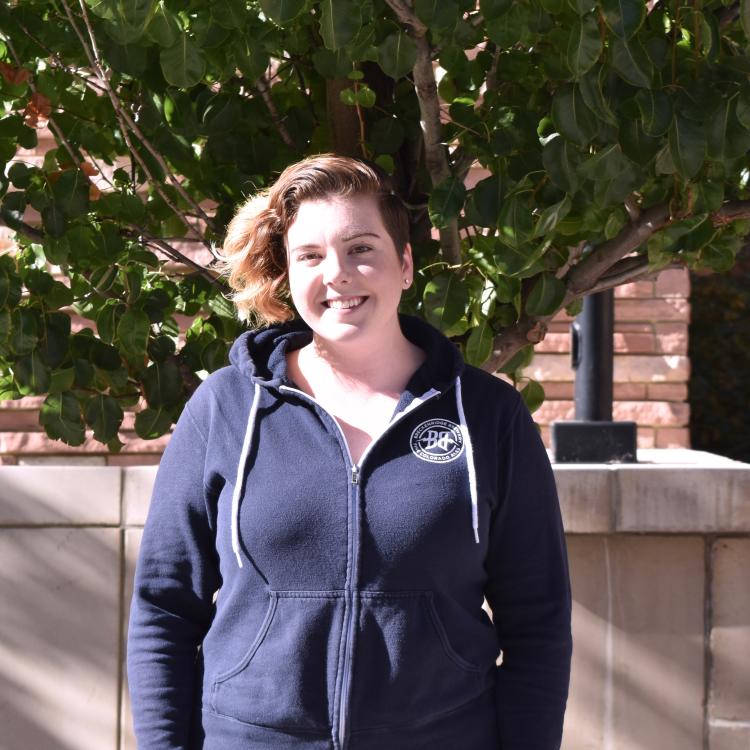 For most college students, the highlight of the summer is a big trip, the nice weather, or even just the chance to sleep in now and then. But for CU senior Molly Boyle, something life-changing took center stage in the summer of 2016.

“My husband and I got married in June of this year,” said the political science major. “We eloped, but we’re having a wedding ceremony on our anniversary.”

It was actually her husband’s job that brought them to Colorado in the first place. Boyle previously attended both the School of Visual Arts and Rutgers University, later transferring to Boulder in 2014. She proceeded to join Pi Sigma Alpha, the university’s chapter of the National Political Honor Society, and has since become a co-president of the society.

“To me, it was important to be president so I could get the ball rolling on creating a bridge between political science students and the department,” she said. “My role is building a sense of community within political science here at CU.”

Members of Pi Sigma Alpha are in the top third of their class and have a cumulative GPA of 3.0 in their political science classes. They also engage in the society’s community service activities and biweekly meetings.

“When we have our meetings, a lot of the time we’re not even really working on an event,” said Boyle. “We’re just sitting together chatting about stuff that’s going on that we don’t get time to talk about in class.”

Presiding over Pi Sigma Alpha has been a meaningful opportunity for Boyle to make new friends and develop leadership skills – skills that she’s used to advocate for ‘a particularly important cause’ to her.

“I'm a huge advocate for suicide prevention,” said Boyle. “Just the words ‘suicide’ and ‘depression’ carry massive social stigma, which is why people in crisis are reluctant to reach out for help.” For this reason, she has and will continue to do everything she can in support of this cause.