On Wednesday, Aug. 22, 2018, at approximately 11 p.m., the CU Boulder Police Department (“CUPD”) was notified of a robbery and assault that occurred adjacent to campus. 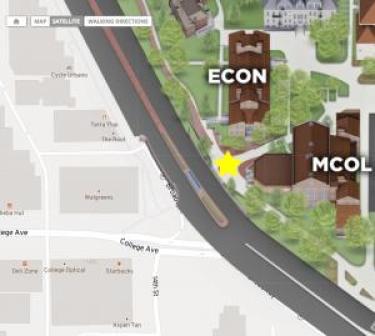 The suspect had set up a laptop, turntable and speakers to play music in the pedestrian underpass leading to University Hill – located at Broadway and College Avenue. The victim, who does not appear to have affiliation with CU, reported that he had approached the suspect to ask him to turn down the music. The suspect punched the victim in the face and left with the victim’s backpack. The victim is being treated for non-life-threatening injuries.

CUPD has not been able to obtain reliable suspect descriptions at this time. CUPD is currently investigating the incident. Anyone with information regarding this crime, especially anyone who was in the area at this time, is encouraged to contact CUPD at (303) 492-6666. If you wish to share information anonymously, information on contacting Northern Colorado Crime Stoppers is available here.

This message is being sent pursuant to the Jeanne Clery Disclosure of Campus Security Policy and Campus Crime Statistics Act (“Clery Act”), a federal law that requires disclosure of major crime and policy information. For more information on the Clery Act and CU Boulder’s policies, please see the Clery webpage.

CUPD is conducting an investigation into the alleged events of Wednesday night that spurred the dissemination of a Clery Act crime alert. During review of video footage in the area, investigators determined that a fight did occur but a robbery did not.

During the fight, the second man dropped his phone. After he left the area, an unknown third person saw the phone on the ground by itself, grabbed it and walked away. Police have interviewed the second man, who sustained injuries from the incident.

CUPD would like to speak with the first man involved to learn further information. Video footage and witness accounts show him as a 19-21 years old black male who was wearing a black shirt and pants with a gray vest. He also wore a black baseball cap with a red or orange bill.

Anyone who knows the man or witnessed this incident is asked to call CUPD Investigations at 303-492-2408.