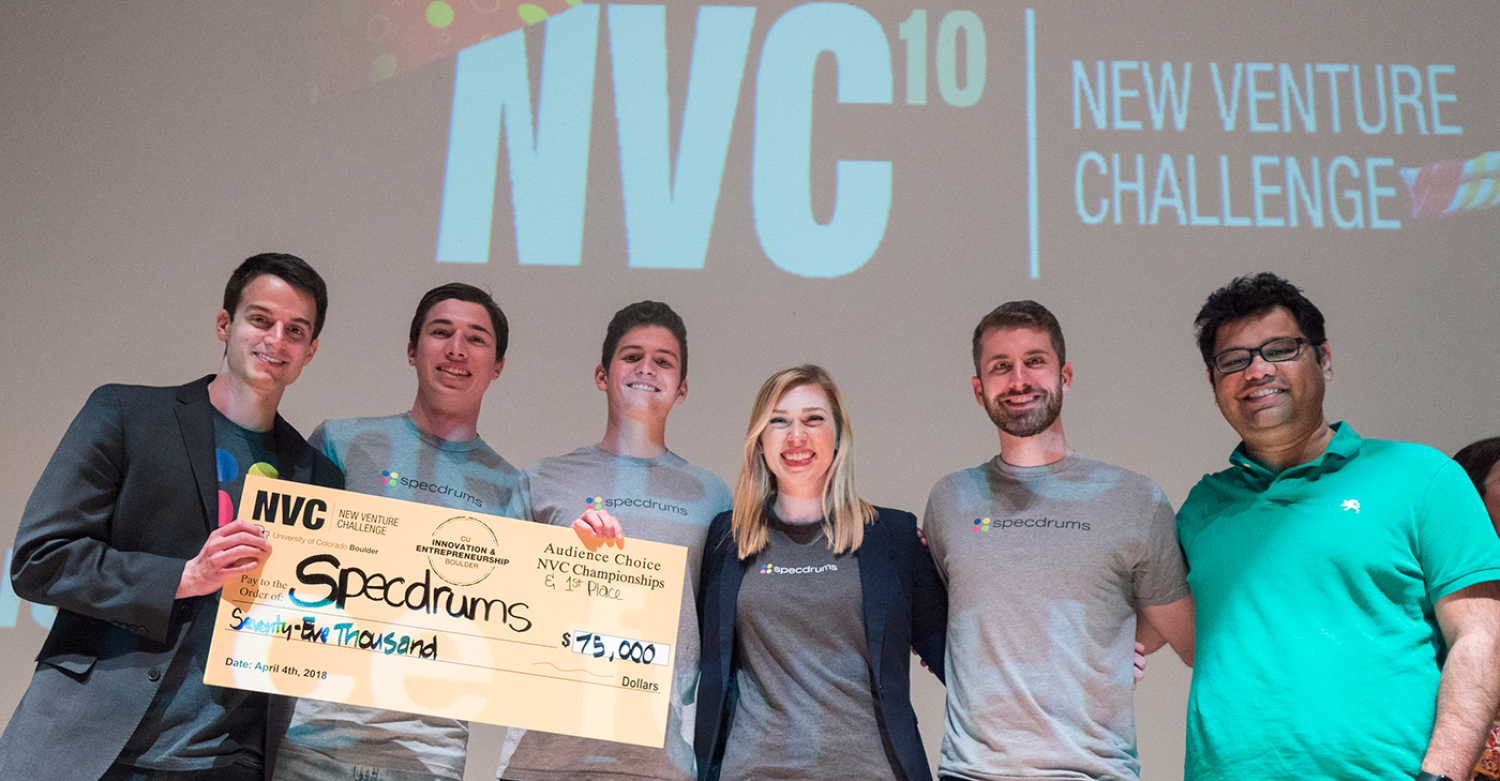 Specdrums offers app-controlled rings worn on a user’s fingers that can turn color into sound with a simple tap. The company’s team is headlined by founder Steven Dourmashkin, who was earning his graduate degree in aerospace engineering at CU Boulder when his idea began to take off. Jenna Palensky (ethnomusicology) and Jack FitzGerrell (marketing) both earned their degrees from CU Boulder and help lead the Specdrums team.

According to a Sphero release, Sphero developers and engineers will begin working alongside the Specdrums team to develop new products that support Sphero's mission. Additionally, Sphero will launch a second version of the already sold-out Specdrums in late 2018 or early 2019.

Sarabeth Berk, director of the campus Innovation & Entrepreneurship Initiative, was effusive in describing the community’s reaction to the news. “This moment represents the collective effort of our campus startup ecosystem. From the Entrepreneurial Law Clinic and the New Venture Challenge to Catalyze CU and mentor sessions with community members, faculty and staff, so many campus and community stakeholders are proud of contributing to Specdrums’ journey.”

Specdrums spent the last several years fully immersed in the booming CU Boulder Innovation & Entrepreneurship ecosystem, capped off by winning the New Venture Challenge competition this spring. The win was no fluke: during the past year alone, Specdrums won runner up in last year’s New Venture Challenge, spent three months last summer refining the product and pitch in the Catalyze CU campus accelerator, utilized downtown Boulder’s Galvanize startup workspace as headquarters, and leveraged a Kickstarter campaign to fill an order for 5,000 Specdrums rings.

Learn more about the New Venture Challenge or Innovation & Entrepreneurship at CU Boulder.