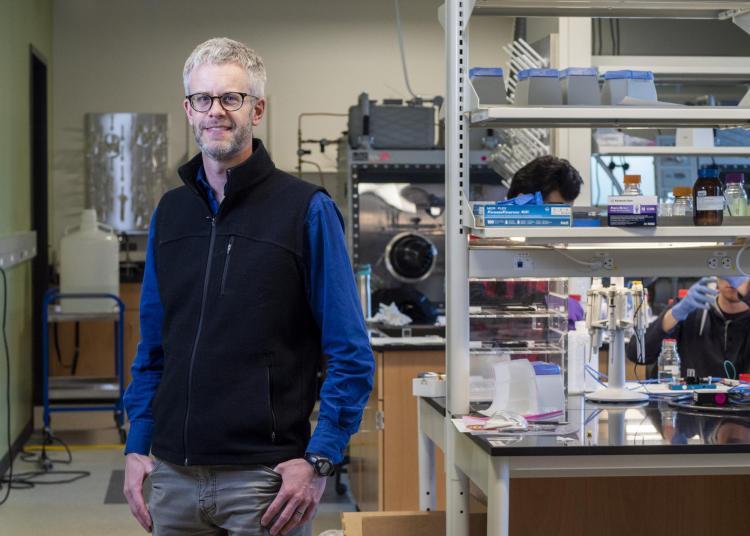 In a new research paper published in Nature Energy earlier this month, Professor Michael McGehee and his research team demonstrate how to dramatically improve the stability of tin-containing perovskite material used in stacked solar cells, allowing for up to 30% power conversion efficiency.

These stacked pervoskite colar cells can be an inexpensive alternative to silicon solar panels that operate at only 20% efficiency. McGehee and his team have been developing perovskite stacking methods for years in an attempt to increase power conversion efficiency.

"Before this research, the main perceived barrier was that the pervoskite with a low bandgap - designed to harvest the infrared part of the spectrum - was not stable", McGehee said. "Through a combination of improving the perovskite semiconductor itself and selecting the right contacts for extracting the charge, we have shown that the low bandgap solar cell can be quite stable."

Perovskite solar cells in particular have high potential for innovative applications. They can be deposited on flexible plastic surfaces, enabling the creation of efficient but lightweight cells. These can be used as power sources on unmanned aerial vehicles or drones, enabling longer flight times.

"It became clear to me in the 1990s that preventing global climate change was going to be the most important challenge that scientists and engineers would need to address", McGehee said. "There are lots of different ways people can contribute, but since I love working with materials, I decided that I would devote my career to advancing solar cell technology to the point where it can generate at least 10%, if not 50%, of the energy that the world's population needs.

"I have worked on many different kinds of solar cells and tried lots of things that did not work before eventually being in the right place at the right time with a strong group of students and collaborators to make these extraordinary tandem solar cells with perovskite semiconductors".

McGehee and his group will continue to seek new ways to increase the efficiency of perovskite solar cells, including a collaboration with researchers at the National Renewable Energy Laboratory to demonstrate the viability of connecting multiple solar cells to form larger, more powerful panels.