Each semester, the American Politics Research Lab hosts a Colloquium Series of speakers on campus, as well as a Works-in-Progress Series. The Colloqium Series consists of lectures given by a wide variety of graduate students and professors from the political science department and other political science departments across the country. The Works-in-Progress Series provides graduate students and faculty in the department the opportunity to showcase developing research ideas, collaborate on projects, and to discuss and receive feedback on evolving work.

The American Politics Research Lab hosted the 2nd Front Range Political Science Association mini-conference on July 13th, 2022. The conference gathered political scientists across Colorado's front range and represented scholars from 4 universities where they had the opportunity to give and recieve feedback on eachother's research. 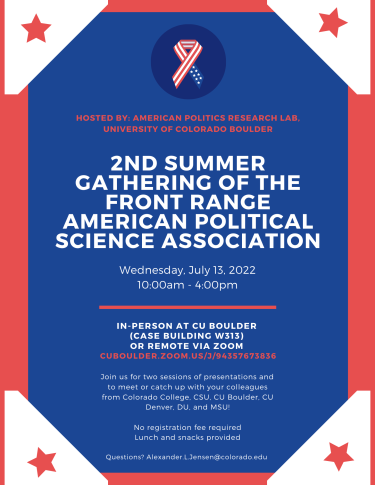 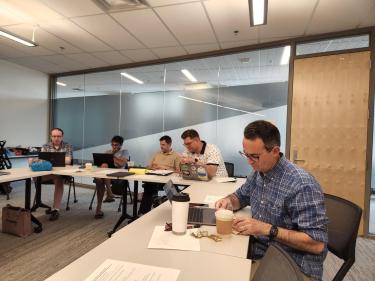 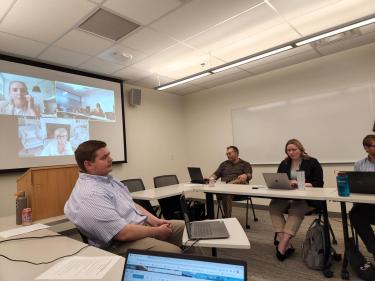