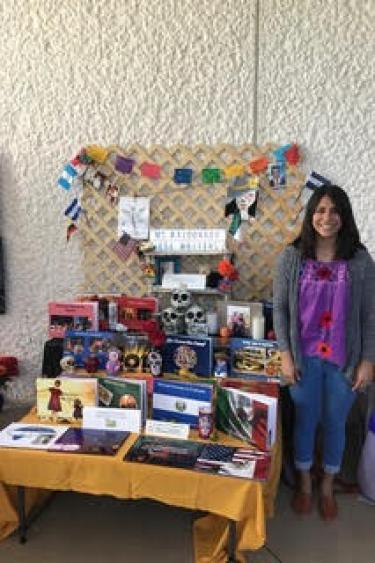 I am second generation Mexican American. My Great Grandfather Macario immigrated from San Luis Potosi, Mexico during the Mexican Revolution in the early 1900s. During the Mexican Revolution, he worked as a clerk for the Mexican government, and he feared for the life of his family because of his association with the government of Mexico. Because of the violence happening there, he sent my Great Grandmother Lazara and his five children on a train to Crispen, Texas. He knew that he could send them to this area because he knew of distant cousins and other immigrants in a town nearby that would help them. Eventually my Great Grandfather joined them, beginning his life in Caldwell, Texas. My grandfather Francisco received up to a fifth-grade education. Despite not receiving a complete education, he continued to be a self-learner and spent his own time educating himself. For instance, he read the Bible cover to cover four times in his lifetime and read the newspaper religiously. When a salesman knocked on his door in Caldwell to sell him an encyclopedia set, he could not afford an entire set; however, he was able to walk away with one book out of the set. He cherished all the information regarding the letter “P”. He pushed all of his eight children to complete high school, and they did. His daughters even convinced him to dress up in an orange Caldwell High School graduation gown when his youngest son Paul graduated from Caldwell High School. For Francisco, education was a gift. And for his son Thomas Maldonado, he helped me appreciate my education growing up and granted me the gift of pursuing my education after high school. And so, the gift of education has led me on my academic journey in becoming a teacher, but little did I know that I would be a teacher to our immigrant youth.

At the school where I teach, we have a population of over 60% Hispanics, and we support over 200 English Language Learners (ELLs) at our school. More specifically, I work with up to 30 students who are placed in the English as a Second Language (ESL) classes that I teach. I teach anywhere from Long-Term ELLs, who have been in the country for five or more years to Newcomers, who are just arriving into the United States. Up until this year, I have had only Spanish-speaking students, and they have taught me so much about themselves, their culture, and their resilient backgrounds.

I want to highlight two students who have made a huge impact on me as a budding teacher:

Sola was in my ESL section of Practical Writing. She was considered a Long-Term ELL student. She had come to the United States when she was in elementary. She knew that she was in my class because she needed to pass that state exam to graduate. She was so close when she retook it in the spring, but she was focused to pass the upcoming retake exam in December. She was a soft-spoken student, but she took pride in her work. When she wrote something as simple as an Exit Ticket or extensive as an essay, she placed so much thought and voice in her writing. She shared with me that her biological mother was not present most of her life, but her stepmother was always there for her from a young age. Towards the end of the school year with me, she found out that her mom was hiding the fact that she had cancer. Her mother did not want to burden her children with worry, but Sola wanted to know because she just cared so much about her. Sola ended up successfully passing her English state exam, and she was able to graduate that year. As the next school year rolled around, I frequented a convenience store on my way to work every morning. At the cashier counter was always a sweet, quiet-spoken young lady. As I talked to her more and more every day, she shared with me that her sister was Sola. Sola had mentioned to me during the year that her older sister read a lot. As the new school year began, my ESL classes were reading Under the Mesquite by Guadalupe Garcia McCall. It is a written verse novel about the experience of a young girl whose family immigrated from Mexico to the Texas. In the story, the young girl finds out that her mother has cancer. The story revolves around the young protagonist discovering who she is and pursuing her dreams despite the hardships in her life. As I began reading this book with my class, I felt a need to give a copy of the novel to Sola’s sister because I knew what her family was going through because of what Sola shared with me at the end of the school year. I never shared why I shared with Sola’s sister why I gave her that book. I simply gave the book to her because Sola’s sister had said in passing that she loved to read. I even told her to share the novel with Sola, too. Sola later shared that her mom was reading the book, too.

Yari was a student from El Salvador. She had only been here for one year, but she was never afraid to practice the English that she knew. She was very diligent and polite. She was the one student who was not afraid to ask questions in class. She happily worked with every student in the classroom, and she was respected by her peers in class. She was the first ESL student who was able to successfully complete an online credit for a class she needed. She completed this class on her own time in addition to maintaining her regular school schedule. She had mentioned in her writing notebook that she liked to play softball, and that she used to play in El Salvador on the playground with her friends. At my school, I am an assistant softball coach, and I asked if she would be interested in trying out for the school’s softball team. With encouragement and persistence from me, she tried out for the softball team and made the team. She was a natural athlete, and she was not afraid to get hurt. One time she took a line-drive hit to her shin, but she finished the play and got the out. I loved seeing one of my ESL students participating in an extracurricular activity and enjoying herself. The softball team grew very fond of her as well. The girls on the team were not afraid to ask her questions about her life, and she happily shared where she was from and the home language she spoke. I believe having Yari on the team opened the eyes of her teammates. Having Yari on our softball team spread an awareness about our ESL population at our school, and she definitely made a presence.

My story of immigration is a part of my family history and in part connected to the students I have the opportunity to teach. My grandparents immigrated here to make a better life and to give their children opportunities that they felt could only be offered here in the United States. However, this came with a loss. In living in the United States, my grandparents pushed their children to learn English because they knew that speaking English would give them more opportunities. Although my dad recalls speaking Spanish to his parents at home, at school he would only speak English. And as he pursued a higher education, his Spanish was mostly used when his parents were alive. In having children, he raised a household that only spoke English. To this day, I cannot say that I am a fluent Spanish speaker, but I often wonder what my life would be like if I grew up in a household that maintained both languages interchangeably. And even this idea makes me wonder if my students will be able to maintain a new language without losing their home language.

Right now, my students just finished a writing project. They created Children’s Books about their life and culture online through an online book-making platform. I received a grant to have their books published in hardback form. Their books will be on display at a local cultural community center for their annual Día de los Muertos event. They are also creating a classroom altar for the event that will reflect and feature their published books.

What I do know is that I will keep celebrating my students’ diverse cultures while sharing with them my experience living in the United States, being a Mexican-American, and what that means to me. I strive to open their minds to their experience of immigration (and their peers) by giving them a foundation of the English language and a platform to share their story. 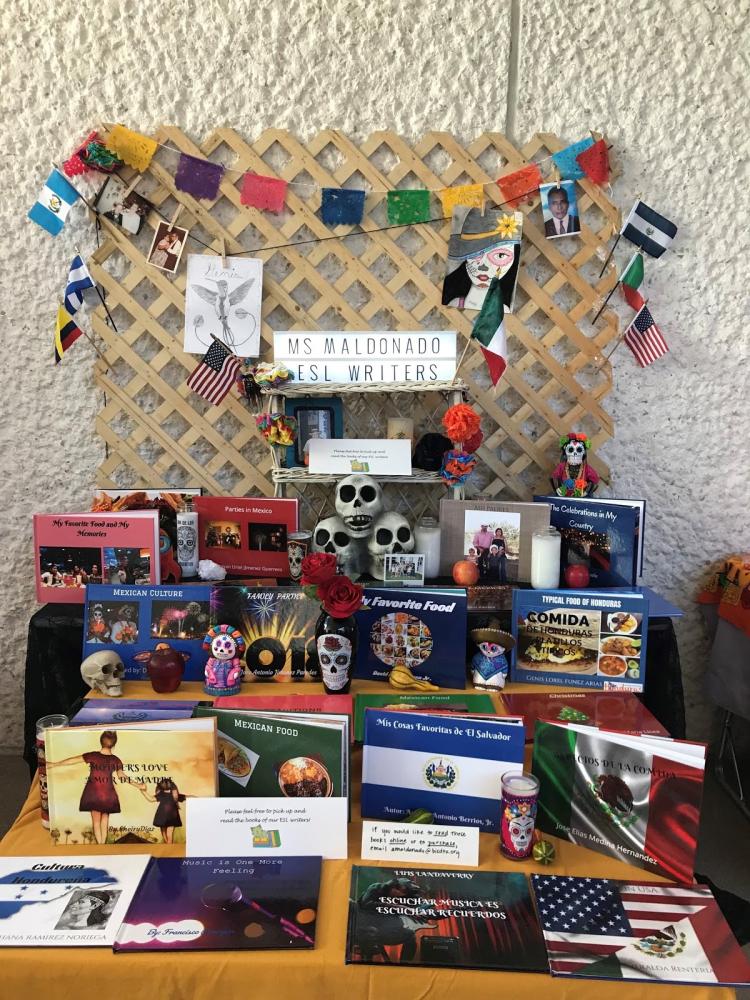 My name is Alethea Maldonado, and I teach English as a Second Language (ESL) at the high school level. This is my third year teaching, and I am also a coach for volleyball and softball at my school.

The Assembly is a space for dialogue. We encourage readers to write brief responses to what they have read and submit them to our editorial board at theassemblyjournal@colorado.edu.