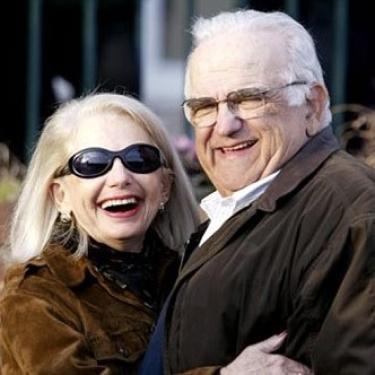 In 2012, the Sondra and Howard Bender Visiting Scholars Endowed Fund was established to help bring leading scholars in Jewish culture, history, language and religion to CU campuses to further the curricular goals of CU's Program in Jewish Studies. Attending lectures by leading scholars in this growing field provides students with the opportunity to learn from a broad range of academics. In addition, visiting lecturers create a unique opportunity for the Program in Jewish Studies and CU to engage both students and the local community. Public lectures catalyze discussions that include participants from a wide variety of backgrounds, enhancing students' ability to think about issues beyond the walls of the classroom.

The Sondra and Howard Bender Visiting Scholars Endowed Fund honors the lives of Howard and Sondra Bender, devoted parents of four children and eleven grandchildren, including CU graduate Eileen Greenberg, and grandchildren CU graduates Joshua (and spouse Adriane), Rachael, and Daniel Greenberg. Active members of the community in Washington, D.C. and Bethesda, MD, Howard and Sondra served on many boards and held leadership positions in many non-profit organizations. They were extraordinary builders of buildings, Jewish life, education, horse breeding, and family. The Bender Foundation has generously endowed the Sondra and Howard Bender Visiting Scholars Fund to honor the lives of Sondra and Howard, who cherished Jewish culture, celebrated education, and lived life to the fullest.

Questions About Giving to the Program in Jewish Studies?

Please contact Michelle Gaffga, Director of Development at the University of Colorado, at Michelle.Gaffga@colorado.edu.