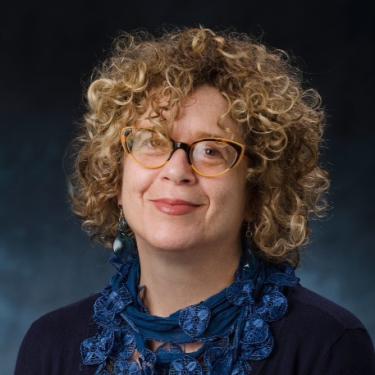 After a sobering recent report on how excluded and ill at ease various groups of racially and ethnically identified students feel at the University of Colorado, faculty, staff, students, and administrators are turning their attention to issues of inclusivity with the goal of making the campus feel more like home for everyone.  To this end, all academic units on campus were recently tasked with trying to define “inclusive excellence,” the new CU standard for moving beyond compositional diversity to foster an enduringly comfortable environment in which individual differences, as the Chancellor has said, are viewed as a source of strength rather than as a weakness.
The Program in Jewish Studies’ report on inclusive excellence focused on its already impressive record of serving students of all backgrounds, Jews and non-Jews, and delivering courses devoted to exploring inclusivity, including the status and rights of religious and ethnic minorities and the interactions between diverse ethnic and religious groups in modern and pre-modern societies.  We also identified areas in which we need to improve, acknowledging, among other things, that we all need more training in unacknowledged biases so we can prevent the micro-aggressions such biases can engender.
After filing the report, however, I found myself thinking about inclusivity not just within the Program in Jewish Studies but within Judaism and Jewish culture as a whole.  I recently taught a unit on the Noahide laws in my current Jewish Studies class, and I think these laws are worth reflecting on as a Jewish form of inclusivity.  The Noahide laws were ostensibly given to Noah and his descendants long before the laws given to Moses at Sinai.  Unlike the Decalogue, there were only seven Noahide laws, including six prohibitions--on idolatry, blasphemy, adultery, bloodshed, robbery, and eating a limb from a live animal--and one injunction--to set up courts of law.
Because they were promulgated to humankind without restriction, the Noahide laws were procedurally inclusive.  Because they were stripped down in content and addressed situations that were arguably fundamental to all social orders, they were substantively inclusive as well.  It’s worth noting, for example, that the first six Noahide injunctions, all of which have their counterpart in the Decalogue, revolve around people’s relationships to each other rather than to any deity.
Although there is no clear source for the Noahide laws in the Hebrew Bible, many scholars have inferred their existence from the story of the covenant made with Noah after the flood and from references to them in the work of Maimonides and elsewhere. A renewal of interest in them emerged in the middle of the seventeenth century in the work of the English jurist, John Selden, who promoted them as a source for international law.  Selden was drawn to the Noahide laws because they were in his opinion the only laws that had been given to the people of the world as a whole without respect to race, creed, or gender, and because they established in sufficiently minimalist terms the conditions that would allow people to live in peace.
Since Selden, no one has paid much attention to the Noahide laws, but I wonder if there isn’t a place for them in our own discussions of inclusive excellence. The laws themselves of course are outdated, but the inclusive impulse behind them gives us some insight into the essential structure of Jewish thought and its interest in setting out a basis for relationships among all humans, no matter the differences between them.  I know I’ll keep them in the back of my mind as I continue to think about inclusive excellence at CU in general and in our program in particular.

Nan Goodman
Director of the Program in Jewish Studies and Professor of English
Tags: