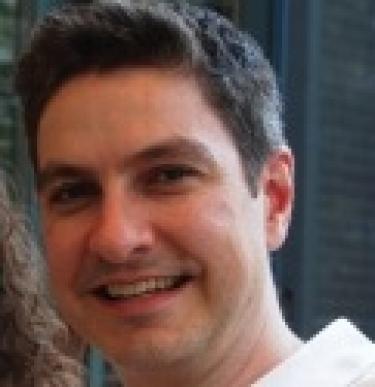 Gregg Drinkwater, PhD student in history, presented a paper on Nov. 23 at the annual conference of the American Academy of Religion, held in Atlanta. The paper, “AIDS Was Our Earthquake: American Judaism in the Age of AIDS,” was part of a panel titled: "Regulating Sexuality in Postwar American Jewish Communities: Navigating Queer Bodies, Heteronormativity, and Hegemonic Christianity.” The panel explored the interrelations of Jews, sexuality, and American Jewish history and included Dr. Brett Krutzsch, a visiting assistant professor at the College of Wooster, and Jonathan Jackson, a PhD student in anthropology at Syracuse University.

The panel’s three papers addressed such topics as the ways that Harvey Milk’s gay activism was influenced by Jewish history and culture, liberal Jewish communal responses to AIDS, and ethnographic research on queer Jews within contemporary denominational Judaism. The panel examined the regulation of sexuality within Jewish communities, as well as the ways in which American Jewish attitudes about sexuality have been influenced by the dominant Christian culture. The papers in the panel employed historical, ethnographic, and literary methodologies in order to analyze the multiple ways that American Jews have responded to changing ideas about sexuality. Prof. Laura Levitt of Temple University presided and served as the panel’s respondent.