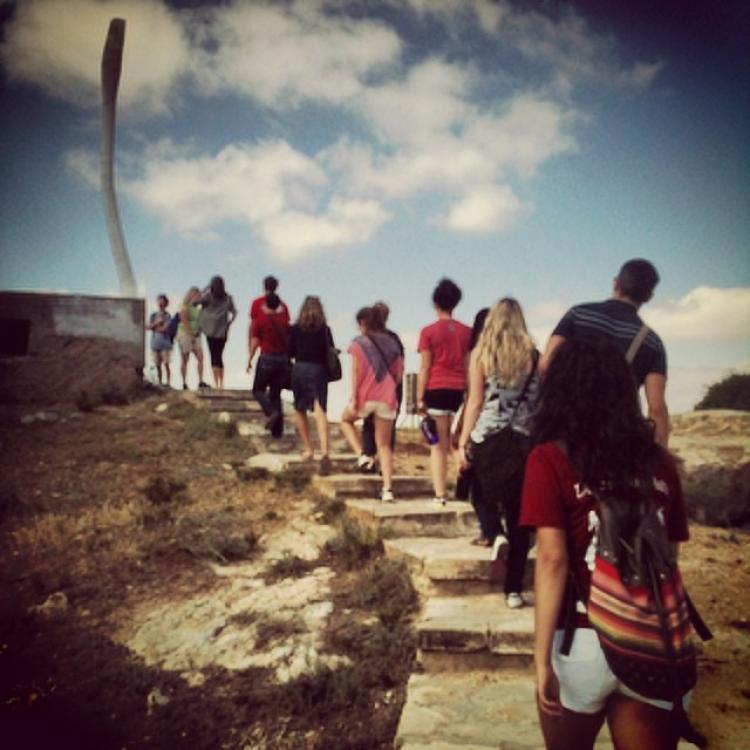 The Program in Jewish Studies is excited to announce its launch of an endowed Professorship in Israel/Palestine Studies, thanks to an anonymous gift of $500,000. The Israel/Palestine Studies Professorship, highlighted in a recent article in Colorado Arts & Sciences Magazine by Clint Talbott (below), will formalize the program’s commitment to the study and discussion of the region and to offer a model of university-based learning about a challenging set of issues.

By Clint Talbott
Published in Colorado Arts & Sciences Magazine. Click here for a link to the original article.
CU-Boulder’s Program in Jewish Studies is launching an endowed Professorship in Israel/Palestine Studies, thanks to an anonymous gift of $500,000. The Israel/Palestine Studies Professorship will formalize the program’s commitment to the study and discussion of the region and to offer a model of university-based learning about a challenging set of issues.

The professorship will ensure that courses on the culture, history and politics of Israel/Palestine have a long-term place in the University of Colorado Boulder curriculum, said David Shneer, the program’s director.

Further, this endowment will ensure that CU-Boulder supports visiting speakers coming to Colorado and faculty and students travelling to the Middle East to study and research Israel/Palestine.

In addition, the professorship will allow CU-Boulder to launch new initiatives that might include supporting language study in Hebrew and Arabic, both official languages of the State of Israel and necessary languages for understanding the region; hosting scholarly conferences on the study of Israel/Palestine; and bringing in visiting scholars, artists and writers producing culture in the context of Israel/Palestine, Shneer added.

“We aim to move beyond the polarized discourse of an ‘Israeli’ approach versus a ‘Palestinian’ approach by focusing on the scholarly study of this particular region, its peoples and cultures,” he said.

The Israel/Palestine Studies professorship, which will be bestowed on an existing CU faculty member in the Program in Jewish Studies within the next couple of years, is so named “to ensure that CU Boulder will continue to promote meaningful conversations, teaching and research about the State of Israel and Palestinian Territories and their diverse populations.”

Its focus will also include the history of Zionism and the evolution of Jewish and Palestinian cultures and identities in the broader contexts of pre-1948 Ottoman and British Palestine, and with reference to European, Middle Eastern and global political developments and the broad sweep of Jewish history.

“The professorship formalizes a longer history at CU of teaching about Israel/Palestine,” said Shneer. In 2007, the American-Israeli Cooperative Enterprise partnered with CU-Boulder’s International Affairs Program and the then-nascent Program in Jewish Studies to bring visiting Israeli Studies scholars to campus to offer courses such as the “Arab/Israeli Conflict” and the “History of Modern Israel.”

As the Jewish Studies Program has grown, its faculty has taught complementary courses, including “Israeli Literature,” “Tel Aviv: Urban History and Culture,” and “Cultures of Israel/Palestine”—which support the program’s minor in Hebrew and Israel Studies.

With the change of name and focus, the course has been consistently well-enrolled, with 35 students each time it has been offered. It has also generated overwhelming interest from diverse students, those Jewish and non-Jewish, those with and without a prior relationship to Israel/Palestine, and those curious about both Jewish and Middle Eastern Studies.

Alexis Aaeng, a junior majoring in history and Jewish studies, offered high praise for the course: “I consider the ‘History of Modern Israel/Palestine to be one of the most important courses that I have taken at the University of Colorado simply because it shed light on an otherwise forgotten and often neglected piece of the conflict.”

The program has seen particular success with the Global Seminar to Israel and the West Bank, which ran in 2013 and 2014. The 2014 program had 11 students, only two of whom had been to the Middle East before.

Following the global seminar, some students are now continuing their graduate studies at Israeli universities, working on issues of Middle Eastern politics, peace and justice, the environment and conflict management.

Katherine Peters, who graduate last year with a degree in applied math and a minor in Jewish studies, attended the 2014 global seminar, said the professorship would be “vital” in framing views of the Middle East.

She said the professorship would foster more discussion about “hot-button issues in a way that fosters critical thinking and analysis on all sides of the topic instead of just looking at it from one side.”

“CU-Boulder’s Program in Jewish Studies prides itself on a diverse and collegial faculty and its role in a broader campus community that has been a space for dynamic conversations and study about the history, literature, culture and politics of Israel/Palestine,” said Shneer.

“This generous gift further establishes CU’s Program in Jewish Studies as an international leader in research and teaching. It greatly advances our faculty’s vision, offering an even brighter future for the field and program,” said Steven R. Leigh, dean of the College of Arts and Sciences.

Haytham Bahoora, assistant professor of Arabic and director of the certificate program in Middle Eastern and Islamic Studies, said the professorship is a significant development for the study of Israel/Palestine on campus and it will help to expand the study of the Middle East at CU in important new ways.

“By envisioning the study of Israel and Palestine, and Arabic and Hebrew, as historically linked, it promises to create needed conversations and innovative approaches to the research and study of the region,” Bahoora said. “It has the potential to be groundbreaking.”

Benjamin Scissors, a student majoring in international affairs, said the professorship is a “necessary step in the evolution of Middle Eastern studies.”

Scissors said the initiative reflects Shneer’s “voracious appetite for knowledge and steadfast insistence on digging for deeper truths in a region characterized by so much strong political rhetoric.”

The program fosters substantive inquiry about this important region as students wrestle with difficult questions such as what it means to call Israel a “democratic” and “Jewish” state, how to define the relationship between religion and politics, and what the future may bring in Israel/Palestine.

The eight-year-old Program in Jewish Studies also provides educational opportunities, seminars, and salons for the local community to engage in dialogue and learning with students and faculty on a range of topics connected to Jewish Studies.

The Program in Jewish Studies hosted an open, public conversation about the new professorship on Wednesday, April 29, 2015 for those interested in learning more and becoming involved.